Support for the mode switch was added to OpenWrt master and 21.02 - I would like to ask, which position (left/right or dot/no dot) corresponds to BTN_0 being pressed? (Or alternatively, is the gpio value hi or lo for each position?)

This is what it defines in the default firmware for mv1000

So the left is low.

It shows in the web panel 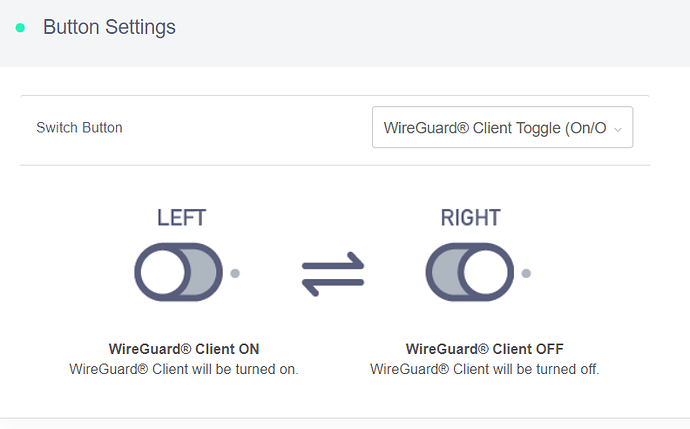 (If instead the indicator was another shape like an X or a “do not enter” sign, then I think the expectations would be different.)

Thanks again for your help (and your great products)

I mean from a UX perspective

Yes you are right. There is long debate about this. But eventually we choose Left ON and Right Off.

The main reason is: the switch button default state is put on the left. And we hope that the default vpn status is ON. Otherwise when the user enable this function, the vpn will be immediatelly turned off.

Anyway I don’t there is too much difference.

On Mudi, the setting is Up ON and Down Off.