Hi. I have an Ar-300m. It all works fine but I need to change it’s password.
Been happily using the app for ages, but went to log in and got informed (on clicking control a local device as usual) that “The user’s device has been upgraded to a firmware version that is not compatible with the old app”.
Happened on both mobiles - though to be honest the android is pretty old, but the iPhones new enough.
Anyway, off to the play store/ios store. Downloaded new versions on both platforms…but no ‘control local device’ option in the new app!
I only get ‘Log in’ which takes me to log in to my gl.inet account (no help there as it doesn’t look like I associated the router with the device), or use without cloud, which acts like I’m setting the device up new.
Even if I select ar300m it just spins, telling me to connect to the wifi of the device…which I’m already on.
I really don’t want to set it all up again.

What happened to the old ‘Control a local device’? That’s been working brilliantly for years!

I think you can try the new one. https://www.gl-inet.com/app/

The store links point me to the same app I already have on both platforms.

It’s the same one that seems to lack ‘Control a local device’ and does not recognise the router either.

The ‘Control a local device’ has renamed as ‘Use Without Cloud’ 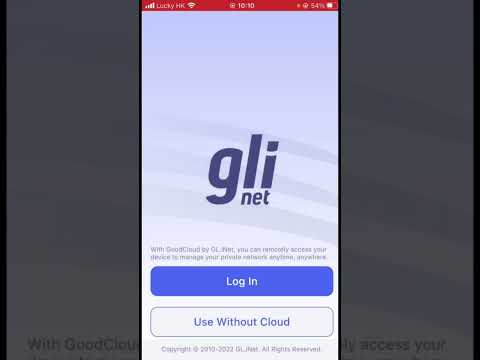 I had a problem similar to boomhaueruk when trying to set up a new GL.iNet router from scratch.

I eventually used a PC to set up the new GL.iNet router from scratch. However, when I opened the app again afterwards, the router showed up !.

I was already using the routers wifi.
It doesn’t just auto ask for the admin password.

If I click ‘Use without cloud’ the app goes to “Select your router”.