I have a Beryl and Flint.

Beryl has VPN cascading function since it has VPN server “Global Options” button.

But slate has no “Global Options” button, hence no VPN cascading function: 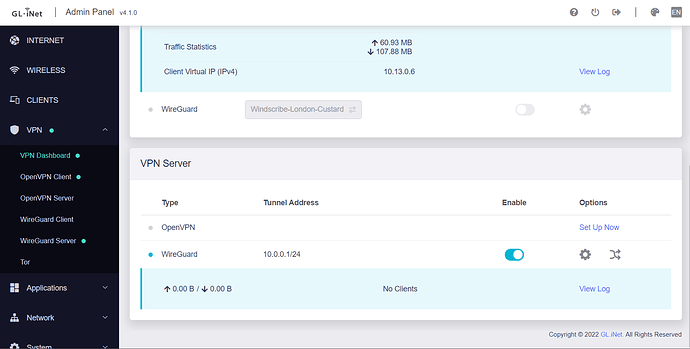 The version number of Beryl is wrong, it should be 4.1.1.

That is a Flint screenshot. I don’t have an issue with the Beryl. It’s the Flint that doesn’t have the option.

There was a problem with this feature in version 4.1.0, so it was hidden. Flint needs to wait for a new version.
Beryl does not have an official firmware release, so the latest version is used. flint needs to release the official version 4.1, so it has not merged the new features yet.
Please wait about 2 or 3 weeks for the Beta version of 4.2 to arrive soon.

Ok. Thanks for your quick reply.