Hi,
I want to follow development for slate, this branch has not been updated for weeks.

All ipks for GL.iNet's official firmware. Contribute to gl-inet/glinet development by creating an account on GitHub.

am i looking at the right place?

Here is all the development: 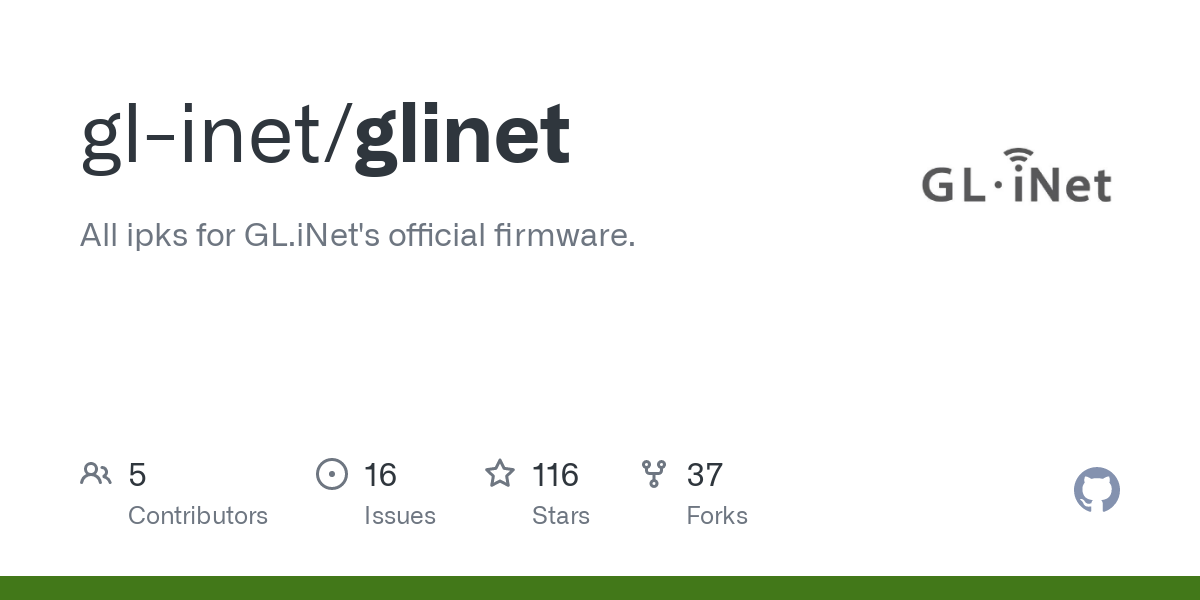 All ipks for GL.iNet's official firmware. Contribute to gl-inet/glinet development by creating an account on GitHub.

There are several parts to the firmware:

This source has not been updated at least since the changes were made last year to fix the ARP problem with the GL-AR750S U-Boot. GitHub - gl-inet/openwrt: This repository is fork from openwrt official repo,...

This is referenced in feeds.conf.default from the previous

The various commit dates can be referenced from those repositories. Note that OpenWrt master feeds may not be compatible with older versions (such as 18.06).

The Linux kernel and most third-party packages have their source maintained independently from OpenWrt or GL.iNet. The sources are downloaded during build from other repositories.

Some of the great utility packages that GL.iNet provides are only available as precompiled packages. They appear to be available at GitHub - gl-inet/glinet: All ipks for GL.iNet's official firmware. and appear to have been updated in the last couple months.