Does anyone know how long the GL-B1300 will be around? Is there any way of knowing this? What I mean by this is being manufactured, for some years to come for example without changing hardware so that old packages no longer run because you went to V2 etc. 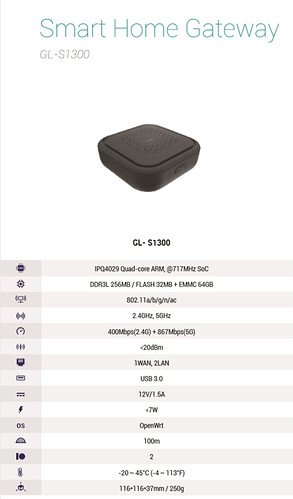 It seems when changing (V)ersion, the hardware can change and that is what I am trying to avoid.

From the Chinese page, i see the S1300 has Bluetooth and Zigbee apart from Mesh Wifi.
So more features than the B1300

It also uses a different processor, so different firmware for sure. New product completely not a revision.

What is this S1300 that keeps being mentioned? I don’t see any other model, only this; 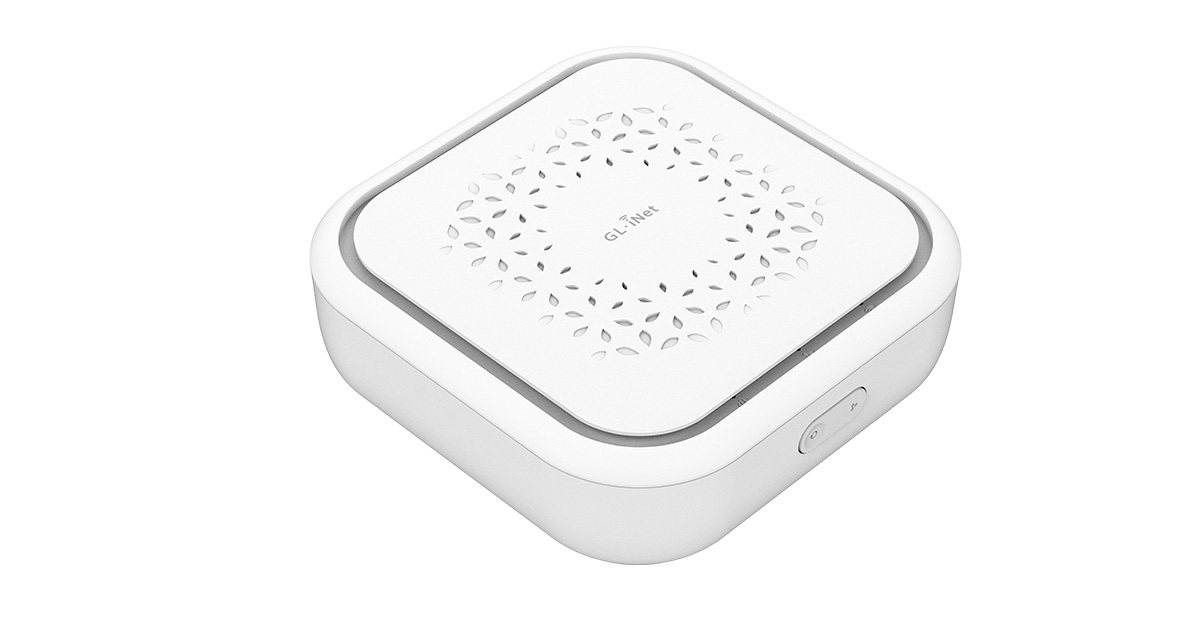 Convexa-B is the best dual-band mesh router that can elimiate WiFi dead zone. It secures your home network, supported by over 30& VPN services.

I want to use a gigabit router that will not change in hardware for a while.

This thread is totally confusing. I don’t care for new features, I only want something that will last for some time without hardware changes. I am trying to build devices for companies that need long term hardware to resell since many would be installed in remote locations and would be a problem to have to change the firmware.

What model exactly is going to be unchanged for a few years??

Unless they find a serious hardware issue with the B1300, it won’t change.
The sales rep answered your question already, they think 5 years support. I would say 2 or 3, and you can always compile firmware yourself in the future.

The sales rep answered but it was not clear as he mentions an S1300 which I don’t see anywhere, And as you said ‘as I understand it’ which also means it’s not that clear :).

In the end, it sounds like it is being said that the white B1300 is going to be around for a while without hardware changes. I need a model which will not have hardware changes for at least a few years.

B1300 will be continued for 5 years. Rest assured that it is long term hardware to resell.

Thank you for the clarification. I will not hesitate to order one right now and test.