I am just sharing one of my adventures. I think the Gl.iNet mini routers are amazing. Maybe this is old news for some of you but I could not find much info with respect to setting up a guest network.

Read many posts here with people playing with the Edimax EW-7811xx N150 USB Wifi Dongle and I could not resist.

I found this post and thought I would give it a try on my AR300M-Lite. Here is the post:
https://openwrt.org/docs/guide-user/network/wifi/guestwifi/guest-wlan-webinterface

I thought that if I added the wifi dongle on its own and left the existing settings for the built in Wifi controller alone, that my life would be simpler in the overall configuration. And it is true.

I bought this EW-7811UN from Amazon Amazon.com

I started with a factory defaulted AR300M-Lite running 2.27. I connected in WISP mode to my existing wifi.

The first thing I did was install the Edimax Driver and once done it looked like this under Installed Packages.

Once done I plugged in the Wifi dongle, on the end of a USB extender cable, and moved over to /Network/Interfaces in Advanced settings. What I did not know at this time was that the device takes over a minute to come alive. I rebooted without the device plugged in, router looked normal, plugged Wifi dongle in again and nothing. So I started to investigate. Well, my investigation bought the device time to become operational. So patience is needed.

Following the above post, and after the device was recognized, I went to the /Network/Interface to ADD a new Interface for the new Radio1 that was now visible.

I then edited the new controller and set it up as follows: 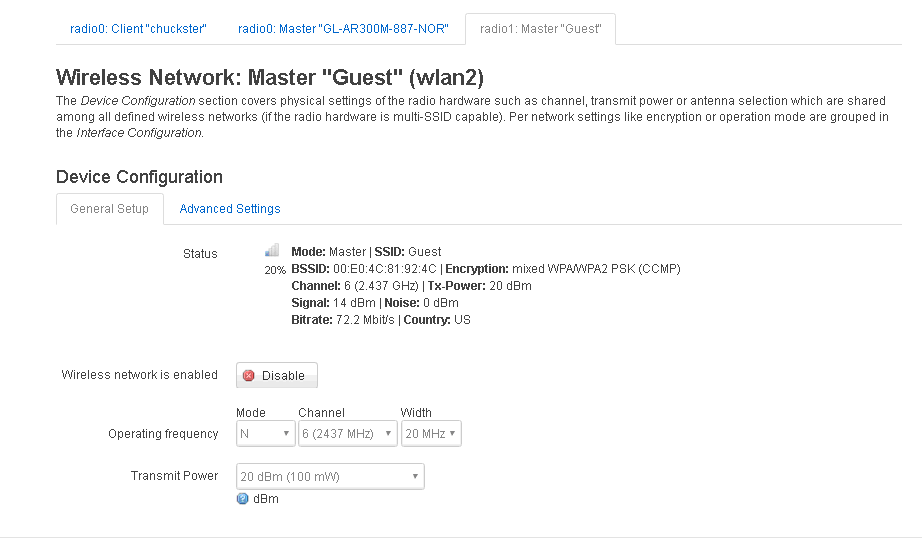 I scrolled down and edited the Interface and assigned it to a new Network, by creating a Guest network. End result looks like this:

Next, I edited the Guest Interface: 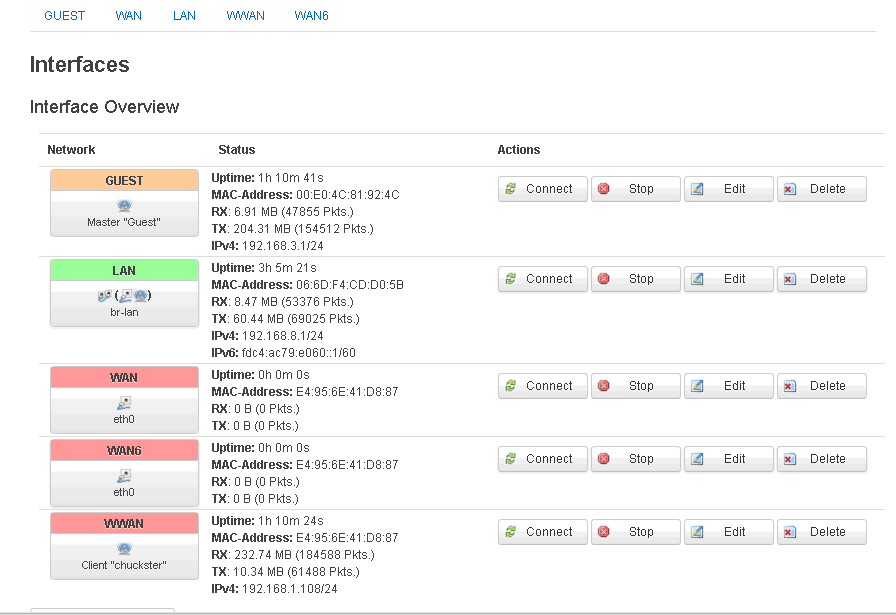 Configuring the Guest Interface I followed the post and went with a Static IP. 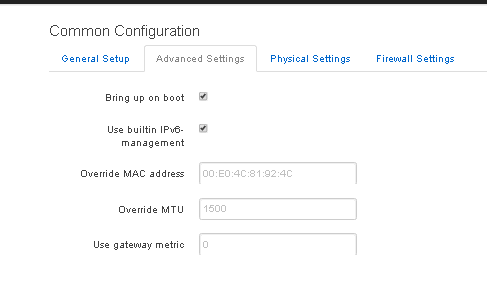 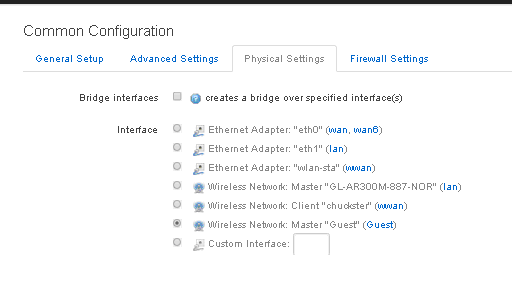 I created a new firewall rule

DHCP Server I left with its defaults.

I then adjusted the firewall rules. End result was this: 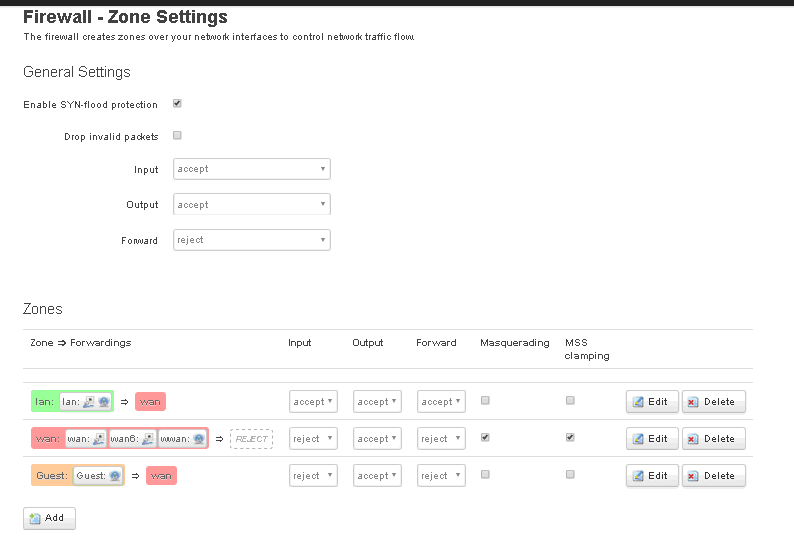 I added the Firewall Traffic Rules 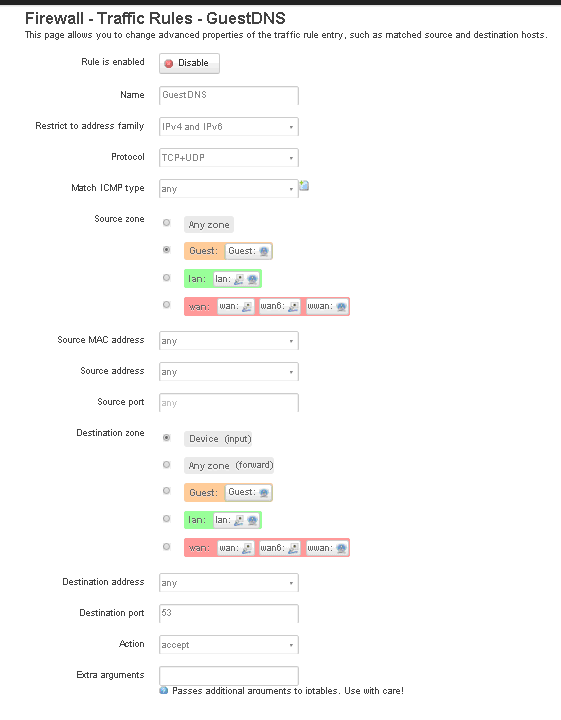 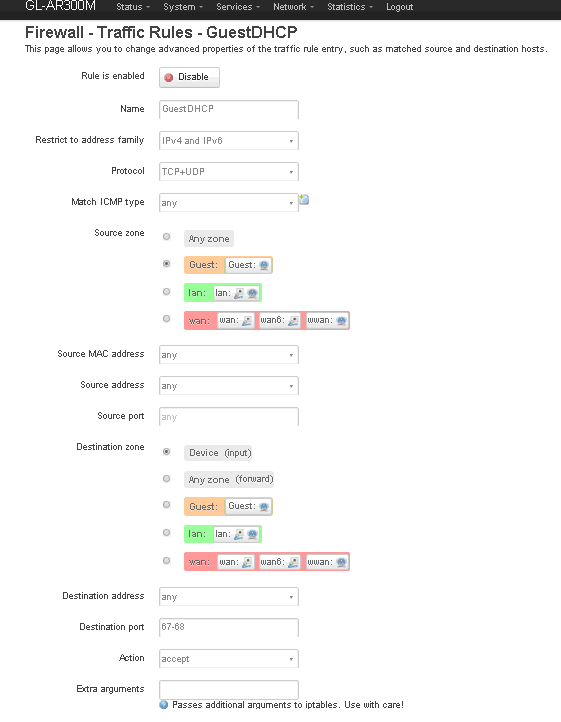 And that is it.

I took a break and when I returned it was live.

OBSERVATIONS
This is my main screen: 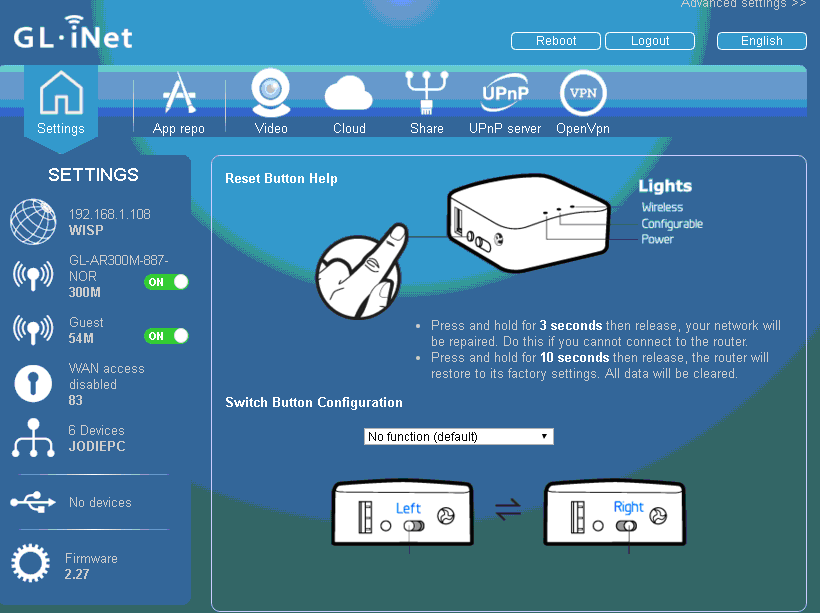 Since I have 2 Wifi subnets, I can also access the router on both: 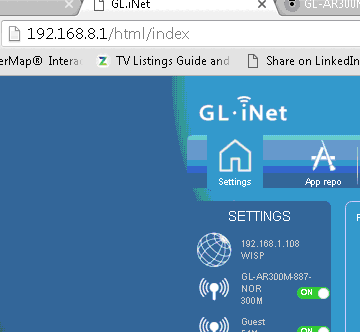 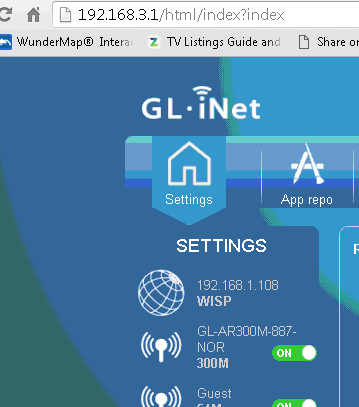 The EW-7811UN dongle only provides 54M. Each time I change it’s settings in the Web Interface, it resets the onboard Wifi. And I can’t figure out how to adjust the Mode in the Advanced Settings (11B, 11G, 11NG). Not too worried about the Guest wifi performance, but even having the onboard setup as 11NG does not change much in the display. Probably need to change something else. 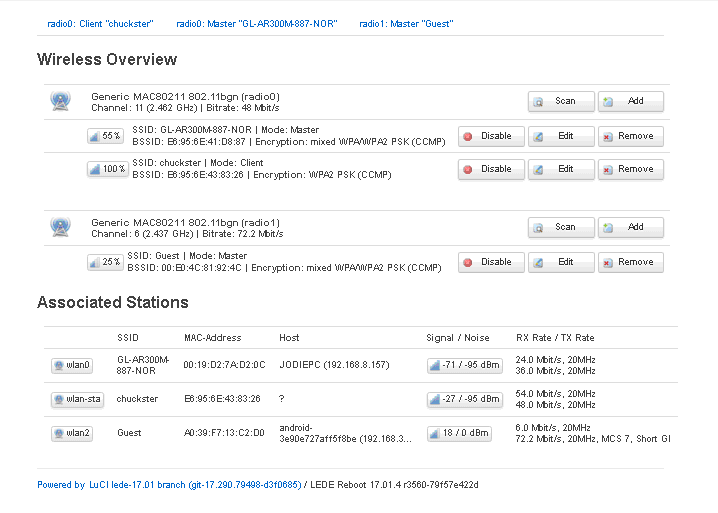 If you need the contents of any of my config files, please give me the path to the files and I will get them added.

I assume if I enable an Openvpn client that both my ‘Guests’ and main Wifi users will be on it.

Some more observations, if I reboot the device with the dongle installed it does not reboot properly. Power light stays on, no wifi, don’t know how far it gets, yet.

So I unplug the dongle, power up the router, wait for it to finish booting, get access to Luci via main wireless, go to interfaces and observe. I now plug in the dongle and wait. REfresh that view a few times. Nothing happens until I CONNECT the Guest Interface again. Then the dongle powers up and generates the Guest Network Wifi. I have ‘Bring Up on Boot’ checked off for the Guest Interface. But the device can’t boot with the dongle installed anyway.

So worse case scenario, I can activate a guest network with a test dongle, if needed - on short notice, knowing that the device will not reboot with it installed and that I have to manually ‘CONNECT’ the interface again, to make it work, after booting. But everything else works great.

I am wondering if I should create my own WAN7, essentially cloning WAN or WAN6, and then assigning IT to the Guest Network. That way I am completely isolated from the existing functionality. (Also wondering, if Guest Network would work on a Wireless Repeater Setup with Switch Enabled? I would not be able to access the router in that mode and therefore I would not be able to manually start the Guest Interface)