Putting the final touches on our Mifi-based prototype and noticed that in our application one of the biggest wastes of network bandwidth is NTP which generates a fair amount of traffic to keep the Mifi date in sync. We purchased with a Quectel EC-25A card, and noticed the GPS antenna connector. Have you any experience or documentation on trying to use the GPS built into the EC-25A card? Or at least some development documentation for the EC-25A so we can try and figure it out?

At this point we are just looking for a way to try and set the system clock using GPS instead of NTP… but having a functional/working GPS would open up other possibilities for future projects.

You could turn off NTP and write a script to sync the time every day or as often as you wish.

How much traffic NTP use every day?

That’s odd, why does it have a 3rd antenna connector on the PCB marked GNSS if there’s no GPS?.. or is it just missing the chip or something? Do you have a copy of the datasheet/developer info for the module that you can email over? I know it said on your store that such was available on request after purchase…

I will probably go the route suggested and disable NTP and instead have a cron script that calls it once per day or once per week. Clock accuracy is not overly important but I do need to make sure at least the date/time is correct in the event of power interruptions/etc. Don’t get me wrong, NTP does not use excessive data but when we are talking about service plans with limits of 5Mb/month the traffic generated by NTP alone adds up quite quickly in testing.

@jolouis, please drop an email to cs@gl-inet.com asking for the datasheet of EC25.

@Cezary, Aha awesome! Hmmm now all I have to find myself a uFL compatible GPS antenna somewhere… (tried cheating and just stealing the one attached to the MiFi case for the 4G but I’m guessing frequencies are different as that didn’t work)

Just for reference incase anyone else is interested in the future I can confirm that the GPS on the EC-25 does exist and works perfectly once an antenna is connected. Woohoo!

@jolouis which model of external antenna did you buy? I also decided to expand the functionality of the router a bit (:

I haven’t gotten my Mifi yet to test, its stuck in customs (>_<) but i have this antenna ready: 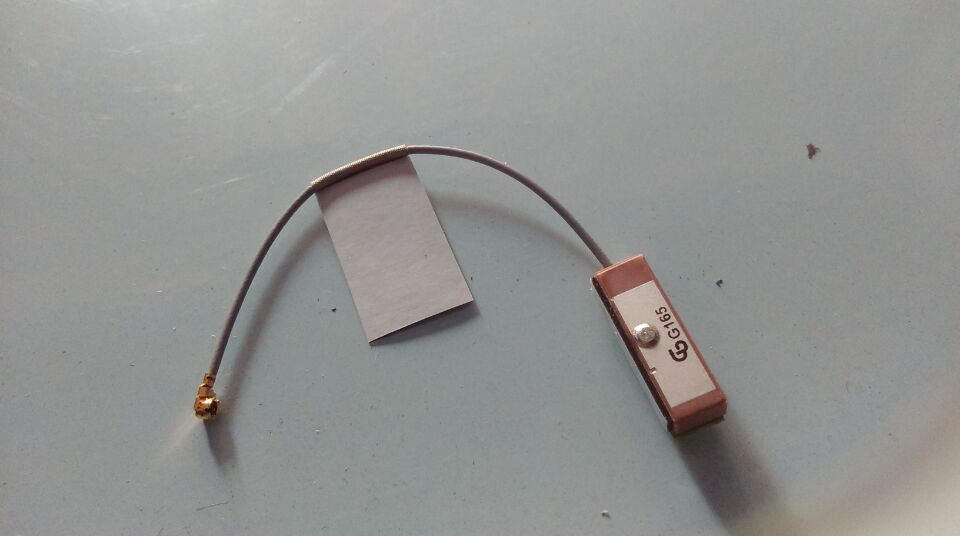 I hope next week i can tell you how it works. I got that small one because i plan to have it inside the case, there is some space for it.

@Johnex thanks a lot, it would be interesting to hear you opinion about that gps antenna.

thanks a lot, it would be interesting to hear you opinion about that gps antenna.

I’ll let you know as soon as i can

I ended up using this one: 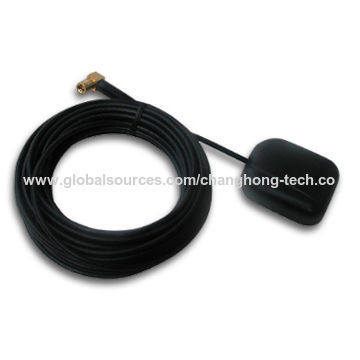 Since one of our local suppliers had them readily in stock/available.

Works fine, did not do extensive testing but confirmed that GPS sync and lock does work although I had to have it close to a window (inside my warehouse it did not work at all). That’s probably fairly normal for standard GPS though. The card does have A-GPS abilities I believe, you’d have to dig into the data sheet a little further to be sure but I remember there being some documentation about uploading files to keep it active/up to date for faster sync times.

@jolouis Are you sure that was the antenna? It has the wrong connector so you replaced it yourself?

It has an SMA (note STANDARD SMA, not revese like Wifi Antennas) connector on it. I purchased a short uFL to SMA pig tail to go with it. Because the GPS antenna is designed to be exterior to the mifi, that let me mount the SMA plug into one of the holes on the side of the MIFI, and then screw/unscrew the GPS antenna connector to it when I actually wanted.

For my project the antenna was going to be located outside of the main unit (or even possibly extended from one location over to an exterior wall), so this setup made perfect sense for me. If you just want the mifi to have an internal gps antenna then the aliexpress one you linked to probably makes more sense. Note that in that case the MIFI itself needs to have clear view of the sky though, where as in my setup only the antenna does, mifi can be wherever.

Ok that clarifies it

From extensive use of drones and designing my own, i have noticed that having the drone in a room near a window was enough to get a GPS lock, not a 3D lock though, but since the gps will only be used for syncing time in an indoor environment, its good enough.

I will see soon how the tiny antenna behaves inside the Mifi. I will get back to you @jolouis and @spectralboy

@jolouis i got my antenna today (yay :D). could you link me what commands you ran to get the GPS running and how to query it (would help others too :D)

There’s a good walkthrough of using the GPS on any of the Quectel cards here:

Quectel also has an official GNSS/GPS reference PDF, but you need to contact GL-Inet and request it from them as it’s a “customer only confidential document” for whatever reason, so you can’t just post a public link for it. (Hint… if you google “Quectel GNSS AT Commands” you may find some interesting things…)

I was able to get the GNSS AT Commands from here: 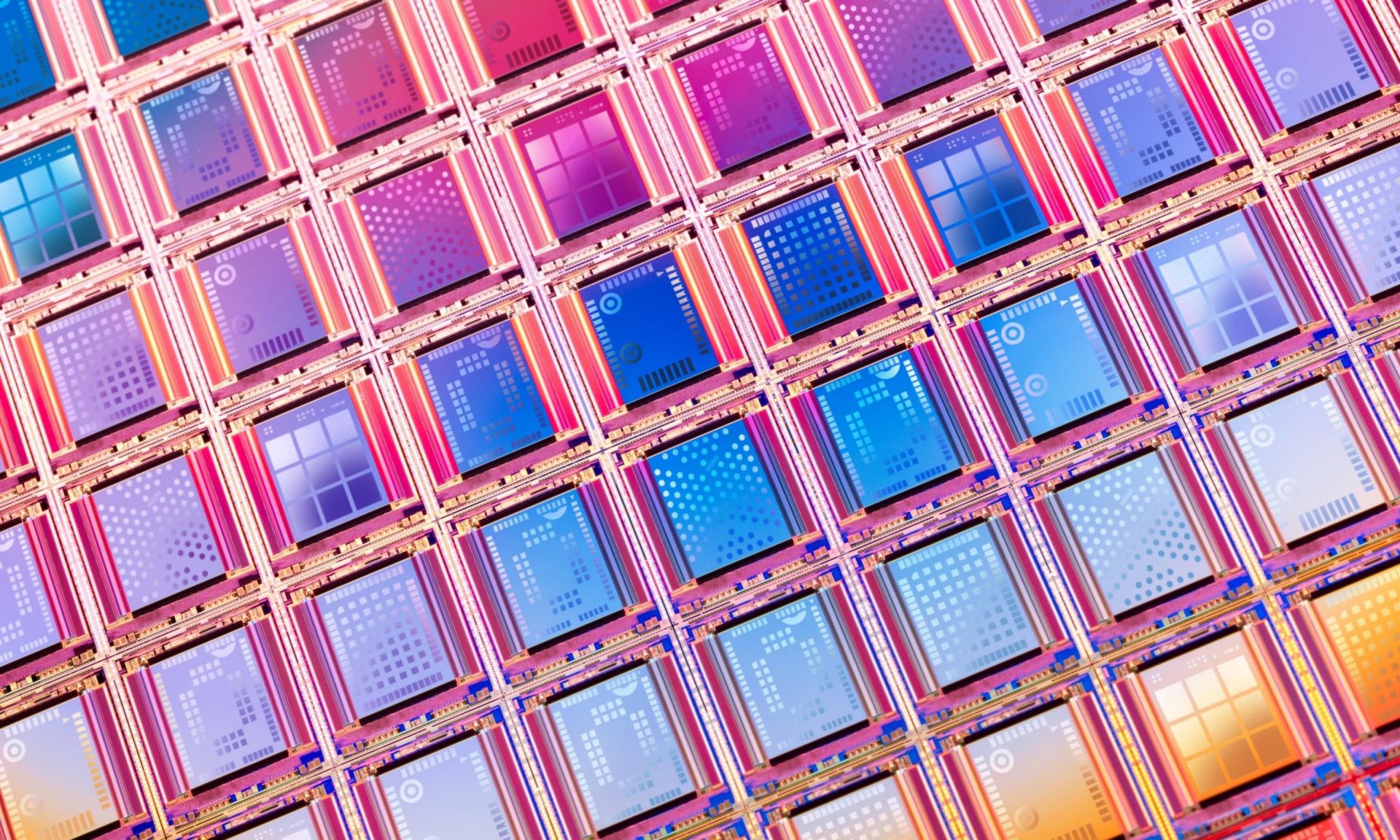 You just have to register and the links are then available.

The only thing i wasn’t able to get was the firmware and tools for windows for flashing and talking to the module.
I emailed Quectel and they will send it at some point.

I will take a look at the guide, thanks