The reason:
When we designed GL.iNet 6416, we made it compatible with TP-Link 703n, which already have a lot of OpenWrt firmwares available. But 64K uboot seriously limited its functions, e.g. button and LED configurations. We then change it to 256K.

The patches are now on github: GitHub - domino-team/OpenWrt-patches: Patches for OpenWrt

We are migrating all the firmware to CC1505 so more patches/guide will be out soon.

Does it have any impacts on Domino itself or only on GL-AR150 routers ?

As Domino is the 1st version in its own series, there is no problem with Domino.

AR150 is supposed to be an upgraded version of GL.iNet6416, so people may think the firmware are compatible.

Do you have any sense when these patches will be incorporated into the OpenWRT trunk? Not being able to upgrade the AR150 to the latest trunk will be a big reason to stay away from the AR150.

Yes, of course we know that they are not compatible with the latest trunk. But with patches for BB1407 and CC1505, it should be good enough. But of course we will submit the patches to Openwrt trunk. It takes a while. Don’t always use trunk if you are not a developer. Use a stable release.

How does one load CC onto this device?

Also, is there a simple way to bypass all of the GL-iNet interface, so that the web browser would redirect straight to the Luci interface? 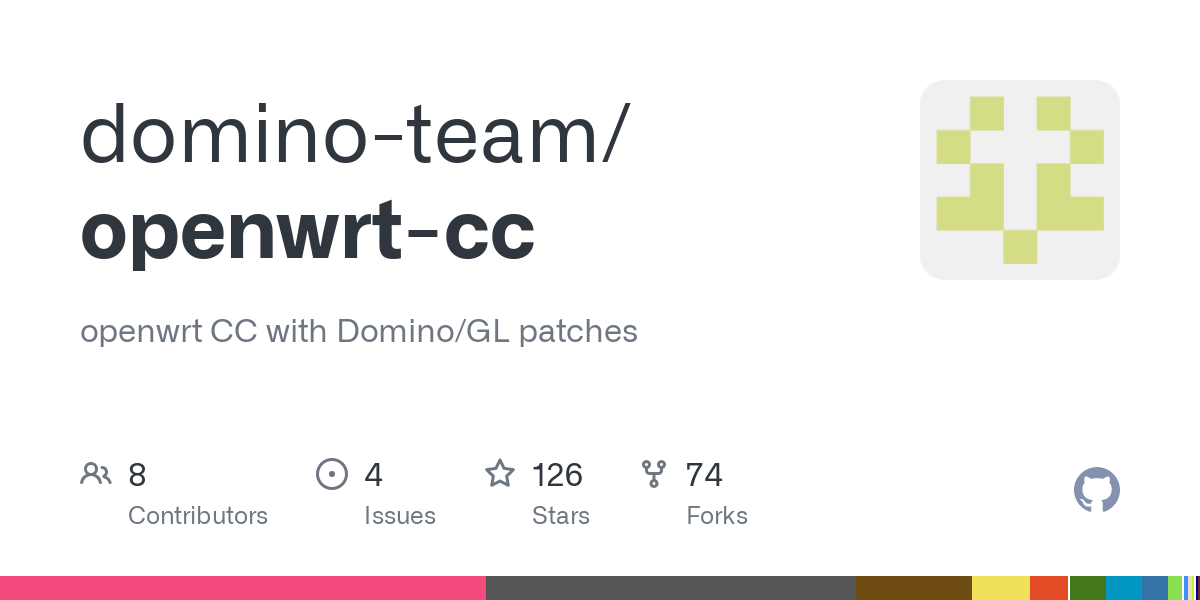 openwrt CC with Domino/GL patches. Contribute to domino-team/openwrt-cc development by creating an account on GitHub.

you can compile the CC source from here. If you compile your own firmware, there is not GL interfaces.

I see you have released patches to trunk. Changeset 47620 – OpenWrt

In the file trunk/target/linux/ar71xx/generic/profiles/gli.mk there is a reference to 6416. Is this correct or should it say AR150?

Actually we submitted 3 patches, including AR150, AR300 and Domino. We also change the old GL.iNet to GL.iNet6416. So that is what you are seeing.