hello! Just bought B1300 and was very surprised that it has Chaos Calmer firmware. Is there any stable LEDE build for this model?

Try resetting the router if you upgraded without resetting settings.

The B1300 and S1300 are dependent on the Qualcomm QSDK which is stuck on OpenWRT 15 Chaos Calmer, so until Qualcomm updates their toolchain there is nothing GL can do but wait.

To be clear, the QSDK starts with the OpenWrt Chaos Calmer build system and framework, then extensively modifies it, replacing many parts and updating others. That it is a fork from the past doesn’t mean that it is still at that point as far as security, utility, and performance goes. The heritage of the QSDK can be confusing to people, but as a specific point to note is that Chaos Calmer did not support the SoC in the B1300 (and I don’t think it was even released in 2015 when Chaos Calmer was “current”).

OpenWRT Master has support for the B1300, but you’ll lose some of the QCOM specific Mesh and the ath10k drivers are not the same as QSDK - improving and getting better…

Living with Master - not for the timid… as it’s under constant development - it’s generally stable, but not considered production quality. 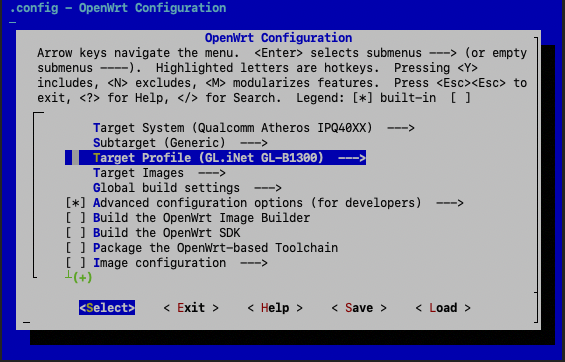