Beryl acting as Wifi-Client and Wifi-AP at the same time?

Just to clarify, it sounds like you want Beryl to act as what’s called a bridge. I actually have the same question.

Sure, you can put the beryl in AP-STA mode (y by using repeater mode). Then you may need to tweak the firewall rules to allow traffic from WAN(wifi-client)->LAN(wifi-AP) as that’s usually blocked.

Thanks, @funfun! I had completely forgotten that I’d need to configure the firewall to allow traffic. It’s been YEARS since I’ve dealt with firewall rules.

Are you sure this will work, when both networks are on different channels? Does this mean the device switches back and forth between channels rapidly, since it has only one Wifi module? Will this affect performance?

Of course it will affect performance. What are you really expecting? The thing works though; the chip is able to “fake” it has two Wifi radios. It is better if you connect to a Wifi in 2.4Ghz and offer a 5Ghz AP (or viceversa), instead of trying to do everything on 2.4GHz or 5Ghz. But it definitely will work (I use it like that all the time).

Honestly, the “best” scenario is to use the Beryl as a WiFi AP and connect it ot the other network through a WAN port. But, since that’s not the question that was asked, I’m just putting it out there

As @funfun wrote, Beryl has 2 radios, so using one radio as wifi client and the second as a wifi ap, there is no performance loss there. If you use the same radio, as in 2.4ghz for both client and ap for example, then you will cut the speed in half, as the radio needs to divide its attention between the two.

Here is the solution to my original question (since some answers in here are just plain wrong):

You can have it act as client and AP at the same time, however, you are bound to using the same channel due to hardware limitations (unless you go back to 2.4GHz for either the client or AP side, which is just stupid).

To have the originally requested behavior (connect to an existing Wifi network and create a new Wifi network with a new SSID on a completely different channel) you need two independent physical radio chips in the device. Sadly there doesn’t seem to be a GL.iNet device that fits that requirement. If you need to have independent radio chips: MikroTik offers some routerboards with 3x miniPCIe slots you can populate yourself with network cards.

You didn’t understand. Repeater is the one that produces half the speed.

To use both radios you need to go into the advanced menu called Luci, and set up one radio (2.4ghz) to connect as a client to a network, then set up the second radio (5ghz) as a wireless AP.

This is what @funfun and i were suggesting, NOT repeater mode. The radios inside the device are like 2 different cards in one, they can be used independently, just not in the basic GL UI, you are in advanced territory.

Here is a guide how to add a new client, you can just go to the same place in Luci and update the existing 2.4ghz (or 5ghz) network and set it to client mode, change the SSID to to connect to and password: 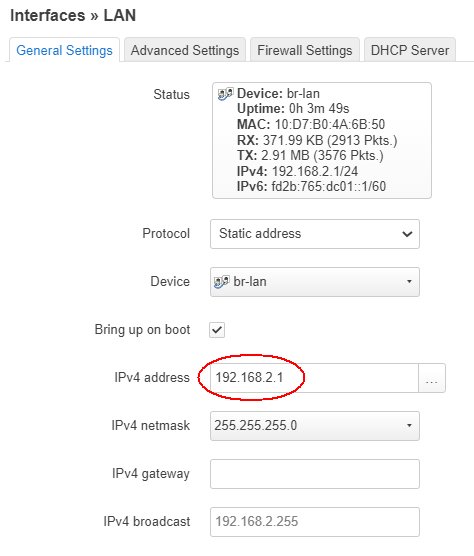 Yes, that’s the part I called stupid, because nobody in their right mind would use 2.4GHz in 2021.

Dual 5GHz on different channels is not possible with beryl, which is what I requested.

If you are in a hotel or whatever, you want the 2.4ghz to access the hotel AP, then have 5ghz for your local devices.

But yes, dual channel 5ghz is not possible, only half speed. You would need 2 beryl’s connected together WAN to LAN, and do some routing.

As @gvantass suggested, if you don’t want that, you can connect your device via the LAN ports, then use the 5ghz to connect to the other AP in client mode.

Speed is not the issue here, being bound to the same 5GHz channel is.
You don’t want to use 2.4GHz wherever possible because of how crowded that band is.
What I want is 5GHz on different channels for client and AP side and there is no single GL.iNet device that offers this. As you said, you could connect two devices, but that would just complicate installation and administration. The clean solution here is getting a device with true independent radios, like the MikroTik devices I mentioned.

It might be possible to use one of the GL devices with mPCI-e and have a second wifi card instead of a 4g modem, but not sure.

@alzhao you have any comment on this? has it been tested?

If you use external WiFi dongle you can just use a USB one.

Don’t imagine that you can connect a real pcie WiFi radio. No dongle is based on pcie really. Nearly all pcie are just onboard.