Why is the address console.gl-inet.com suddenly showing up in task manager, by process svchost.exe (NetworkService -p)?

When it shows up, there is almost constant data streaming (the 3G/4G lights up almost constantly). I have GL-iNet Mifi connected to Windows 10 Linx tablet; once its set up, should the console still be accessed during normal operation?

Newbie here, this just looks suspicious given what little I’ve been able to glean trying to read about console. And now, new process BTDevMgr.exe shows up, which is supposed to be Realtek Bluetooth device manager, but the .exe is the wrong size (from what I’ve been able to find)

Thanks for any feedback, I don’t know whether to be concerned or not but my previous tablet was definitely hacked and redirected.

You mean the process in your windows task manager? can you post a screenshot?

I wonder if you are running some program in your windows.

Apologies for delay, have had multiple tablet / laptop computer problems and difficulty finding one that will (mostly) work. I tried to guess whether these screen shots might be what you needed to see?

In this series of screen shots, the first is the overview of processes, then the next 2 of PID 2520 which shows console.gl-inet.com not showing then showing: 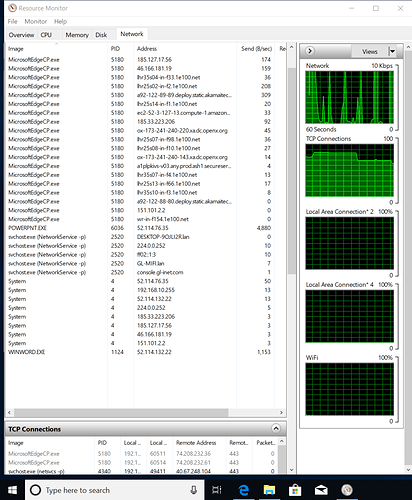 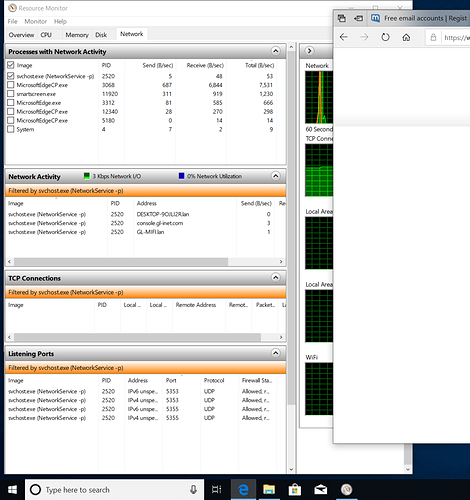 With guidance I’d be happy to take other screenshots if these aren’t useful. The process svchost.exe is so heavily used, I didn’t know how to filter except by the PID 2520, which may have filtered too much?

I think that is windows network service just trying to probe network service. As the router present it self as console.gl-inet.com, windows trying the probe it.

Maybe you used network share? Try to turn it off and check.