Just found out that there is a new device named “MT3000” that its firmware is available on GL-iNet github.

The naming reading should be MTK chipset product and support external modem and Wi-Fi 6 3000(?) by its release note. 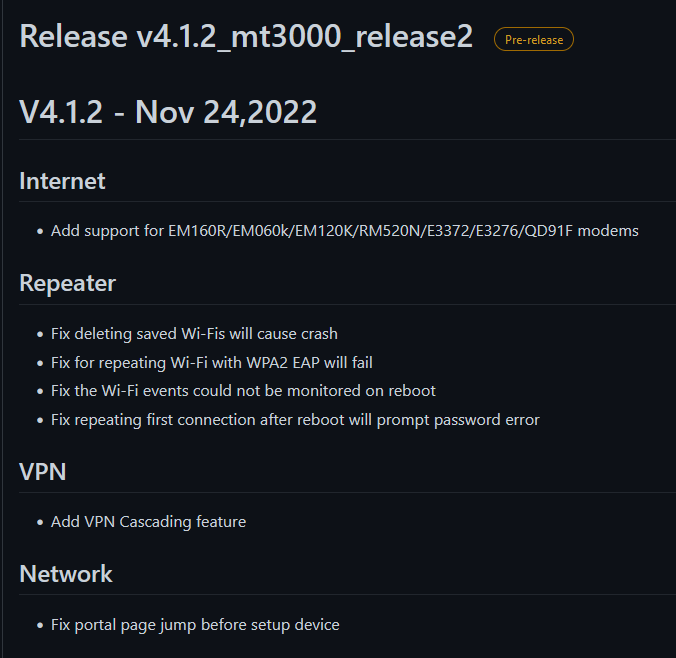 It’s been lurking in the infrabuilder for a while, but most of it is still in the private gitlab section, so hard to do a clean build - which I suppose doesn’t matter since the hardware hasn’t been released yet!

If you look at the code it appears to be powered by the same MT7981 that’s in the MT2500, but as the release notes you posted show it looks like it supports WiFi. Depending on the size/weight it could be the kind of product a lot of us have been looking for!

@jdub, @Johnex and others have also been discussing this here:

Based on the above link, the MT3000 should be basically the same size as the Beryl/Slate Plus. That’s still quite a bit bigger than the original Slate, and certainly larger than the WR902AC, but it’s also close to 10x faster on OpenVPN, which seems like an acceptable tradeoff to me. Of course, I’d love something the size of the original AR750, but somehow I don’t think that’s happening any time soon. For a travel router, the size and weight combined with basically equivalent performance makes t…