Extending wifi in the house

In my house the back bedrooms do not get every good wifi coverage. I’d like to use one of my travel routers (GL-MT1300) to improve the coverage by placing it midway in the house between my main router and the bedrooms.

It’s simple enough to use the repeater with a unique SSID but can I extend my wifi network keeping the same SSID?

In other words, if my SSID of my main router is “homewifi” and I get the MT1300 to also broadcast “homewifi” and let our devices roam around to the strongest signal?

I tried setting the control channel on the MT1300 to a different one as the home router, but it defaults back to my main router’s control channel (and from what I understand, this will cause issues if they both have the same SSID and control channel).

Just setting the same SSID for “roaming” will be very ineffective. Because the client needs to get a new IP when switching routers, this results in a long wait time.

I think you should try to use extender or wds mode and let the mt1300 act as a bridge. This way the client device doesn’t have to get a new IP when switching Wi-Fi.

If you need the client to automatically switch to a node with a stronger signal, you need to use a master route that can manage AC+AP mode. For example, some master routes can set RSSI thresholds to disconnect weaker client devices to force them to reconnect to another node.

If I use Extender mode and set the SSID of the MT1300 to “homewifi” (same as the main router), will that be sufficient or will I have issues with the common SSID between the main router and MT1300?

My main router (ASUS running asuswrt-merlin firmware) does have WDS mode so I can go that route as well.

If your main router don’t have AP manage feature, the only possible problem I see is that the client is always connected to a device with low signal strength. Then you can’t check the connection on the client side because of the same SSID.

Depending on your exact requirements and house layout I would consider:

Doing this will hopefully assist in ensuring better handover as you move mobile devices around from one “zone” to the other . If you’ve got mostly static devices that don’t move between the extender and source router WiFi, there won’t be much of a problem anyway. Bedroom ones will connect to the extender and other end of the house to the source router.

Or you can look into b.a.t.m.a.n adv from my understanding how the 802.1s meshing works, it uses the mobility names and the dhcp gets from the main node. 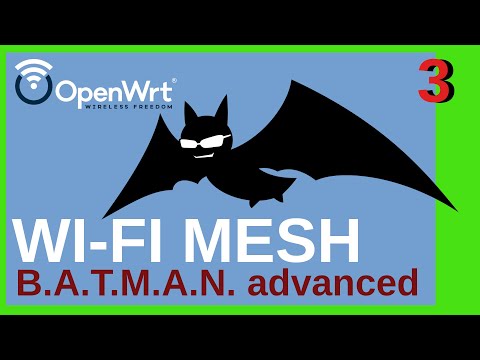 I suggest you try using Extender mode on your GL-MT1300 connected without WDS to your Asus router and then monitor it for some time. If the performance is not to your satisfaction or you encounter problems, then you can tweak various settings or consider switching to a wifi mesh system.

I have used dedicated wifi extenders from Linksys, TP-Link and Netgear connected to AsusWRT Merlin and Netgear routers. None of the devices had minimum RSSI settings and none had WDS settings, but they all worked pretty well out-of-the-box. I believe lots of people are using such extenders and routers satisfactorily in their home networks.

Personally, I do not favour Extender mode that uses OpenWRT relayd and there are posts of this forum regarding issues with DHCP and connectivity.