Ok new to all this Unix/Linux stuff. Trying to work out external storage nomenclature.

Hokay, played with a bit so original issue gone. Now understand what the situation is.

sda2 is a “leftover” drive from when I first put in an SD-Card with two partitions on it. I have reformatted the card into a single partition and as such should only have sda1 but sda2 is a leftover.

How do I remove this “device” sda 2 that doesn’t exist anymore? 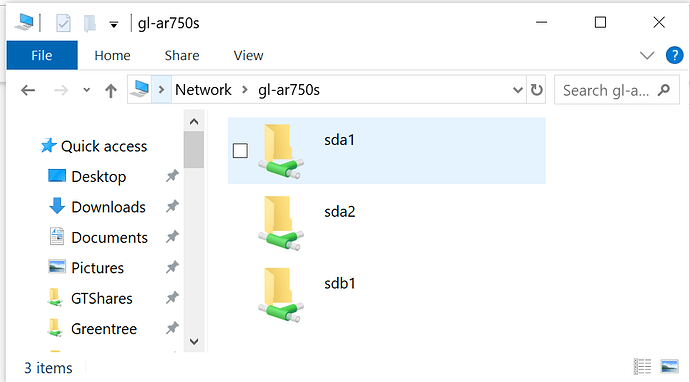 Additionally is there any way I can put some “security” on the drive rather than just read/write access. Can I protect with a username/password ? Do I need to add additional packages to support SAMBA…?

How do I remove this “device” sda 2 that doesn’t exist anymore?

You can modify the file /etc/config/samba, and then restart samba via /etc/init.d/samba.

Can I protect with a username/password

The same as above step, it will prompt enter a password.

You should plug in your storage device into router. It will generate a share configuration for samba.

All things done, there is require username and password for file sharing, but it doesn’t work once router reboot. We have to change the file /etc/hotplug.d/block/50-samba line “uci delete samba.@sambashare[$i]” to “exit”. The code as follow.