Firmware 4.2.x is out as snapshot firmware

Just upgrade my Flint to 4.2.0 snapshot firmware and find out some new features integrated: (nice)

Seems 4.2 fix my 5GHz WiFi, now my iPhones don’t have problem connecting to it while using WPA3 Auth.

What do you mean fixed WiFi? Fixed slow Wifi speed?

How is the stability, usually don’t run snapshots like.

How does the parental control work?

GL.iNET services are set by default to use the VPN.(opposite of what was done in past)

Sqm package won’t install in LuCi. Gives a invalid kernel, but is the 4.4.60 dependency. Not sure if GL.iNet tuned the CAKE QOS on the router but it has gotten much better and manually tuning with sqm is nothing but wasted time and effort.

It seems that VPN cascading on flint is not working bit disappointing.

It should work without problems.

I will have a check. Thanks for reporting.

Hi, is your VPN dashboard global option like the following? 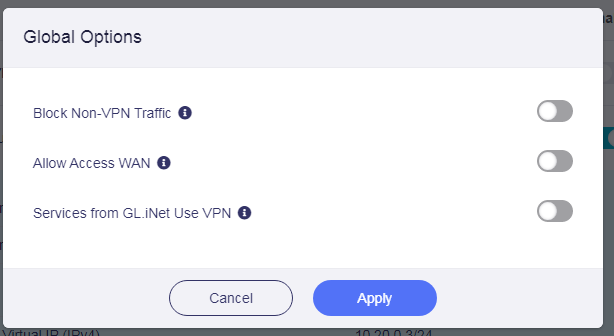 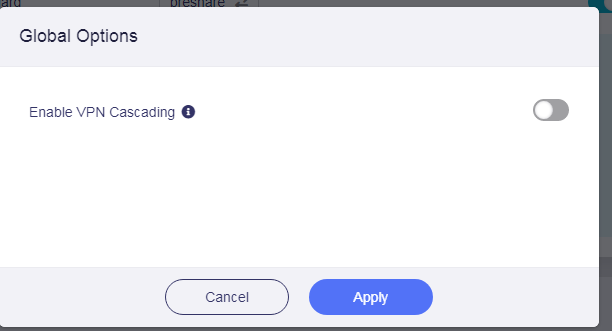 Tested Slate AX is working. Only flint not working so far.

WireGuard VPN Cascading did not work when I was testing Brume 2 because of a conflict on Port 51820. I changed the WireGuard server on the router to use Port 51821 and then it worked. Maybe that is the same issue on Flint.

Tested changed port instead 51820, same cannot access vpn server. Once off the vpn client then able to access the vpn server on my phone.

The vpn cascading function is not working on flint.

Did you make changes in the VPN dashboard to global rules and proxy rules.
and you are using the cascading document for set up.

Yes, i did but unfortunately

Sometimes, i have thought why it is so difficult to use the features on the product