Hi,
is it possible to get information how are connected internal ethernets in GL-B1300?
Something like (this is just an example - this is different router): 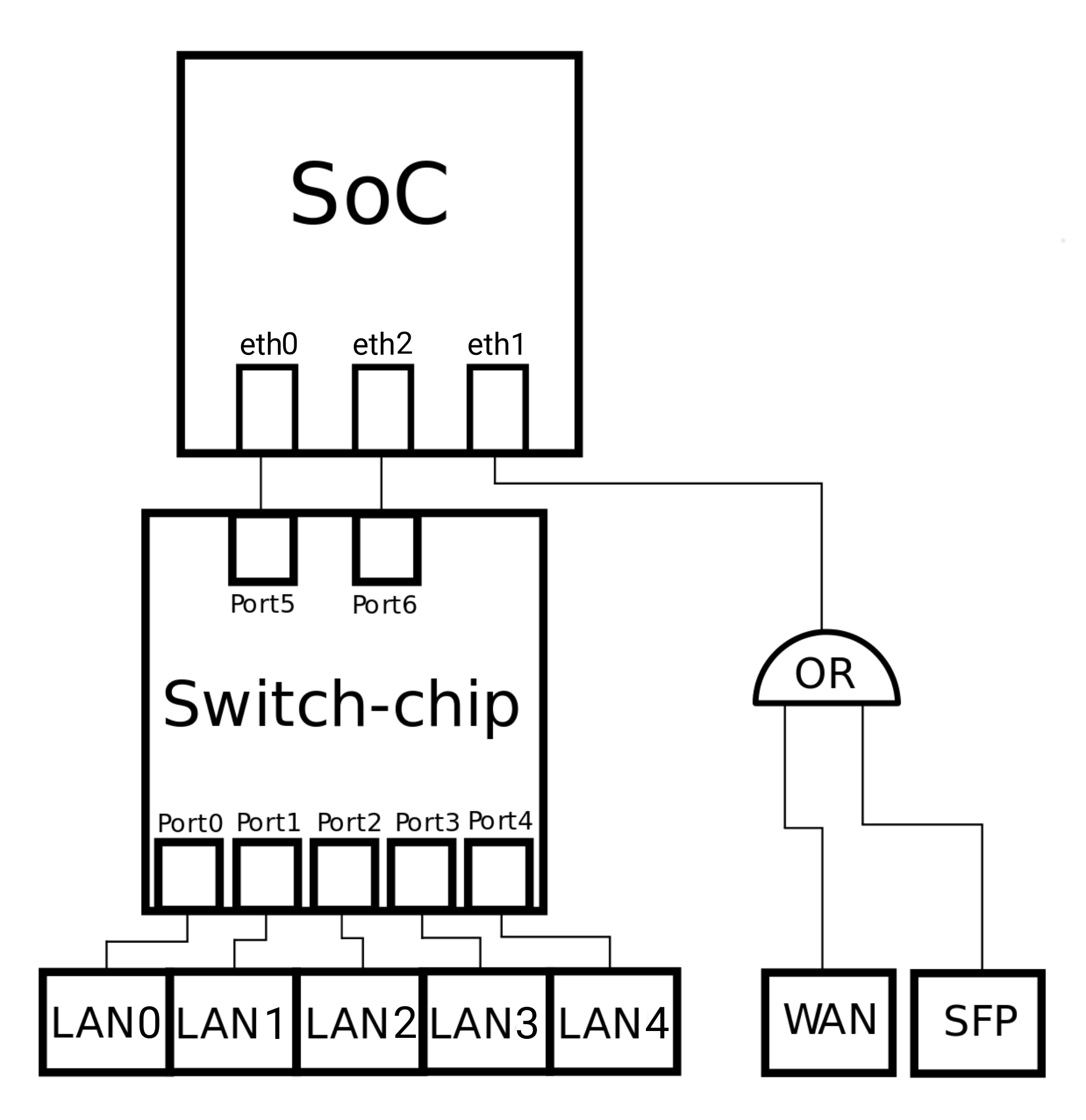 I am asking because at this moment I am really confused how it is really connected.
I found that port on internal switch are used this way:

But usage of SoCs eth0 and eth1 is quite foggy. It seems that eth0 is on switch port0 as untagged and eth1 is on the same(!?!) port tagged as VLAN ID 2.

So small sketch and some explanation would be very helpful.

So any hint how it is connected in real would really help. Thank you.

@hansome can you pls check if you can help?

GL-B1300 use external switch chip QCA8075.
IPQ4018 connect with QCA8075 by SGMII physically.
port 0 is cpu port which connect the whole switch.
port 1-5 is the port related to the actual physical port.
port 5 is wan while port 1-4 is lan, they are seperated
by port-based vlan.

So SoC does have only one ethernet and eth1 is fake ethernet (simulated by eth0 with predefined/default vlan id) or has it two independent ethernets? Sorry, I am not familiar with dtsi.

I think eth0 and eth1 is independent ethernet, they are created by qca-edma driver, mapping to ipq40xx registers, and bond to swich chip port.

I don’t want to argue with you, but… when two ethernets sharing only one switchport and where settings of one of them affects the other one… it doesn’t look like independent ethernets :-/.
By other words: I am unable to clearly define on switch that eth0 is in native vlan id 2 and eth1 in native vlan id 1 plus tagged vlan id 200 because on switch both ethernets are in the same switchport (port 0). Hence the question about how are really connected eth0 and eth1 to the internal switch.

Anyway, what should be “officially” correct solution for scenario stated in the first post, i.e. on WAN port is required to have two independent connections at the same time - one as untagged, the second one as tagged as vlan id 200?
For the tagged connection I had to use second ethernet (although it is still wan connection), because the “officially wan ethernet” doesn’t accept it (actually it accept, but no packets incoming).

kmarty, did you ever find or come up with a diagram similar to the one in your original post? The B1300 is starting to drive me insane…

First things first: I am using the official GL.iNet 2.272 firmware.

My expectation was that eth0 would map to WAN and eth1 would map to the switch, with LAN1 and LAN2 as physical interfaces. But as far as I can see the device does not operate this way.

kmarty, did you ever find or come up with a diagram similar to the one in your original post? The B1300 is starting to drive me insane…

For further discussion, I cam up with the following: 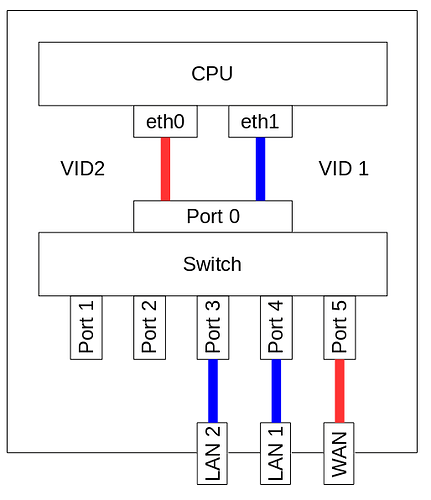 this question could be related:
my WAN port is connected to my ISP’s fiber ONT which requires 802.1x authentication. I tried running wpa_supplicant on eth1 and it did not work, even though the the corresponding command worked on other openwrt routers.