hello, the router is connected to ethernet, I installed the nordvpn servers, everything works well except that the pc is disconnected from the internet a few times, yet the vpn is still active in the router interface, thank you.

How far apart are the Internet disconnects and does it reconnect automatically or manually afterward?
Does wifi on the PC gets dropped, or does wifi stay connected but you cannot access the Internet?

If you can see a green dot for VPN in the Admin Panel UI, then it seems you are connected from another PC and the router wifi/VPN are still active, so try reconnecting the PC wifi without rebooting the router.

hello, I reset the router, I put the router on wifi, unplugged ethernet cable and again the pc disconnects from the internet, no, I don’t download anything. as if it were my network card that failed. can be a problem.

I want to confirm exact steps you do. Maybe just like step one, two, three.

These info is confusing 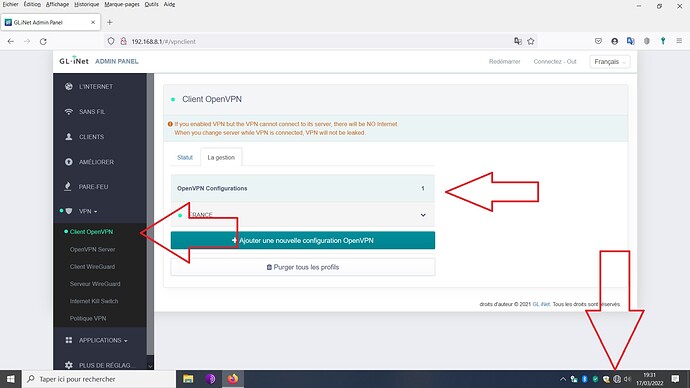 Is there an Ethernet cable plugged into either the LAN or WAN port for the screenshot? 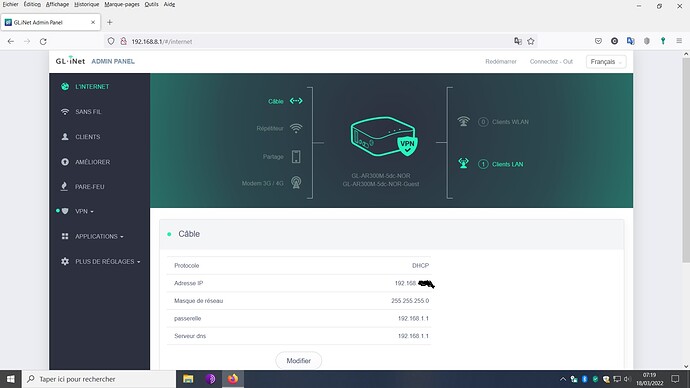 no disconnection since yesterday, I’ll wait to see.

hello, I removed the nord vpn servers and I put the vpnbook servers and no more disconnection from the internet for the moment.

If you mean Nord, there may be some problem in the ovpn config. Pls do this and it will be stable.

You can modify the ovpn before upload to the router. 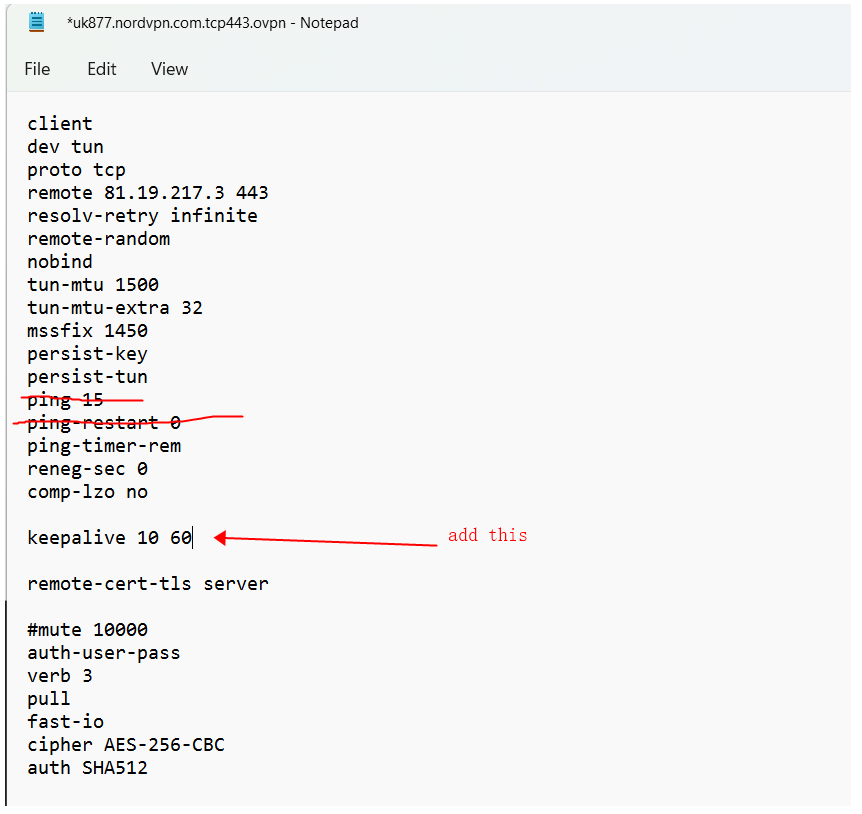 thank you for the tip

hello, can I use the cyberghost vpn on the GL-AR300M16 and where to find the ovpn server file to drag it into the interface, thank you.

If you have already tried NordVPN and VPNbook, then the problem may not be with the VPN provider. It may be worthwhile to do a factory reset (“Revert Firmware”) on the router and start fresh.

I put previous firmware, I put a protonvpn server, I will monitor.

hello, I bought protonvpn and it works very well for the moment.