i am using the GL.Inet x750 (Spitz) in Germany. The LTE speed is acceptable right now (ca. 100Mbit, even though 200+ MBit is possible with other devices). Speedtest-netperf on the router shows the around 100Mbit speed.
My main problem is the Wifi, which it is really terrible, I am getting only <30 Mbit using 5Ghz. I have read through the forum something regarding 50% performance drop in Wifi.

Is there any new solution? I have already tried noscan option and it did not help.

Do you get 100Mbps on cable connection?

On 5G it should goes higher but no sure exact number.

I connected the GL-X750 using ethernet to a Dlink router (DIR518L to be exact) and the dlink router could reach speeds around 50 Mbit/s, which almost the double what GL-X750 achieves. Unfortunately the ethernet cable is quit old (100Mbit max).
My goal is using the 5Ghz Wifi from the GL-X750 though

Can you try adjust the 5G wifi parameters e.g. channel to see if you can get higher speed?

I left at auto and it did not make any difference, can you recommend some app to analize occupied channels in the neighborhood?

Don’t use auto, manually choose is much better.

try this one? Microsoft Apps

I changed the channels manually, there are not many 5Ghz wifis in the neighbourhood to interfere with my Wi-Fi, some channels were not even occupied.

Speedtest-netperf shows a speed around 90 Mbit/s (run on the router), still slow but acceptable

Speedtest on PC/Mobile is abysmal with around 20Mbit/s

Is this discrepancy caused by software or hardware? I read somewhere it maybe because of the opensource wifi driver on the router.

Speedtest on PC/Mobile is abysmal with around 20Mbit/s

Seems it is slow. Can you try beta2 firmware from http://download.gl-inet.com/firmware/snapshots/3.105_beta2/x750/

It optimized the LTE to lan/wifi speed.

Thank you for your reply. I am indeed trying to use LTE → 5G Wifi

The LTE-Coverage is very good around here, on a no name mobile device (Leeco Le 2), a Cat4 phone, the speed reaches 130Mbit in download and around 100Mbit using Wifi-Hotspot. I wish the X750 would achiev its potential as Cat6 Device, which is unfortunatly not happening at the moment.

Thank you again for your support

We’ve done some optimizations, but this optimizations work best when the rate is 40M or more.
How fast can you go with a cable connection?
Can you send me the cells Info message? 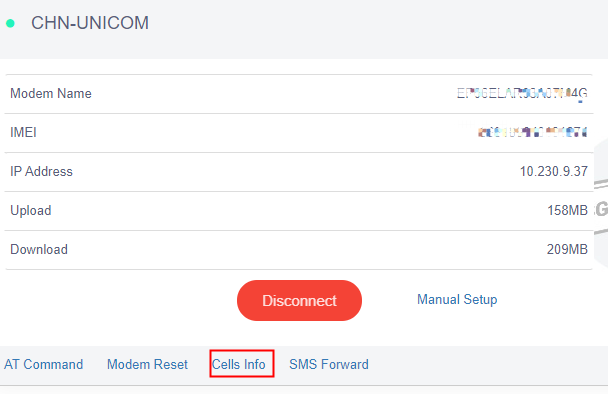 sorry for the late reply.
Here are the screenshots 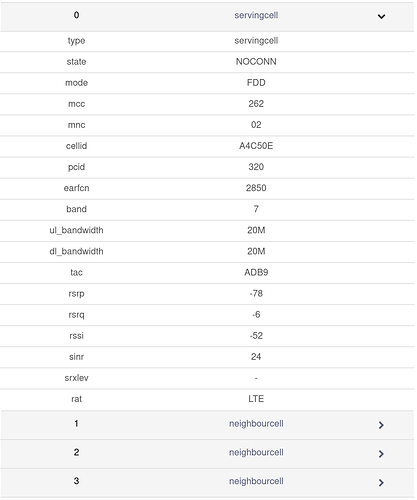 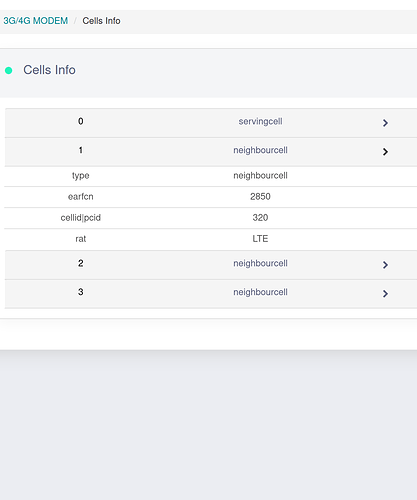 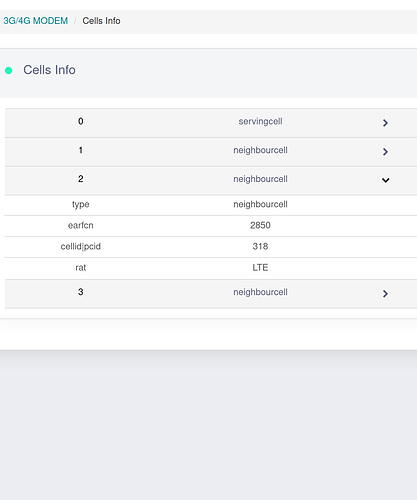 the speed at the moment is really bad around 2,5Mbps. I tried a Huawei router and it could reach more than 130Mbit LTE → 5G Wifi. Interesting though, that the ping was way better the on the x750 (20ms vs. 39ms).

Thank you for your support 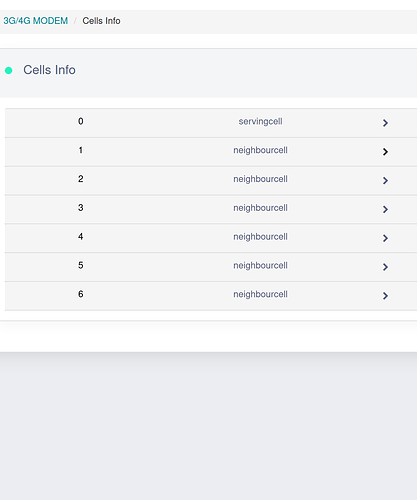 You signal seems very good. Not sure why 5G wifi is so slow.

What I find weird, I tried both devices around Mai this year and decided to get the X750 because it was better than Huawei. It was in a different Place with a different Mobile network though.

In the first screenshot it says dl_bandwitch 20M, does this have a meaning?

Thank you for your help

In the first screenshot it says dl_bandwitch 20M, does this have a meaning?

You can refer to this one LTE bandwidth

Higher band width means it uses more band to communicate and should be faster.

using the last released openwrt-x750-3.105 (compiled in December) the performance got alooooot better (speeds till 200Mbit). I tried the Goldenorb 03.2020 firmware too, and it was good too but unfortunately ca ( Carrier Aggregation) was not working so the speed was almost the half of the above mentioned.
I hope this performance levels stays with future firmwares.

Thank you for your update, I saved me from selling this device!

Similar performance decrease appears to be happening when disabling wmm for 5Ghz.
The wmm option enabled causes connection problems with some devices though, so these devices are forced to use 2.4Ghz, which is something I can live with at the moment

The wmm option enabled causes connection problems with some devices though, so these devices are forced to use 2.4Ghz

This is actually a problem.