I just bought my GL-X750 V2 Router from amazon the other day with high hopes for it, as it was said to be an “AT&T Verified Router”. With the AT&T SIM card installed today, the router is locked in 3G with a “NOCONN” state, not sure what to do about this anymore.

I have already taken the following actions:

My current AT&T Plan is a tablet plan, has there been any need to specifically use a prepaid SIM?

But you can try all the apn here North American Carriers, ATT, Verizon, Cricket, T-Mobile Setup and Update 2021

Be sure to set ttl to 65 in the settings.

Use ttyUSB3 as device, not cdc-wdm0

Try lock band, find out which band AT&T is using and lock that band using AT command.

This could be the case. Our previous router, the RUT240, seems to have worked fine on this same plan, but I’m not sure if it’s registered with AT&T as an IoT device.

I did try all of those settings just now with no luck. I should add that when I tried locking the router to only 4G, the “3G” symbol went away, and the SIM went to an “unregistered” state again. When in 3G though, the connection state is NOCONN

What’s the likelihood this is caused by having the wrong data plan?

NOCONN is a normal state that indicates that the network has been registered. In LTE mode, you can try different APNs first.
Also, can the information returned by Cells INFO be shared?

@luochongjun Here is the Cells INFO: 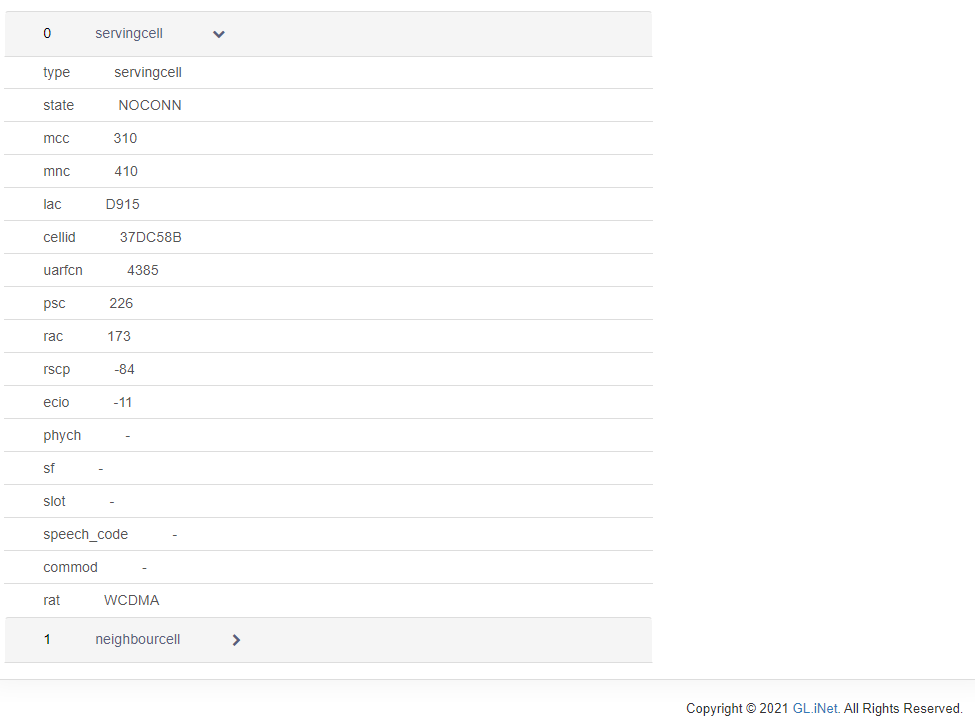 I tried locking the router into 4G Mode, and all Cells Info disappeared, with no neighbourcell or servingcell info available at all. At this point, the SIM card was also no longer registered.

Have you tried the method in the link?

Have you tried the method in the link ?

Yes, I tried this but had no luck with it either.

I would like to add two things as a point of focus:

Some other things to mention: I tried this same SIM card (even after it was attemptedly fixed by ATT) on an RUT240 router with the same result, essentially being stuck in registered 3G with no connection allowed. I constantly monitored the SIM status immediately upon installation of the card, and here’s how things went:

Here’s some more info regarding diagnostics with RUT240’s

An RUT240 and SIM card with the same data plan. The SIM and RUT240 in this picture are not the problematic ones and are currently working properly as I write this message 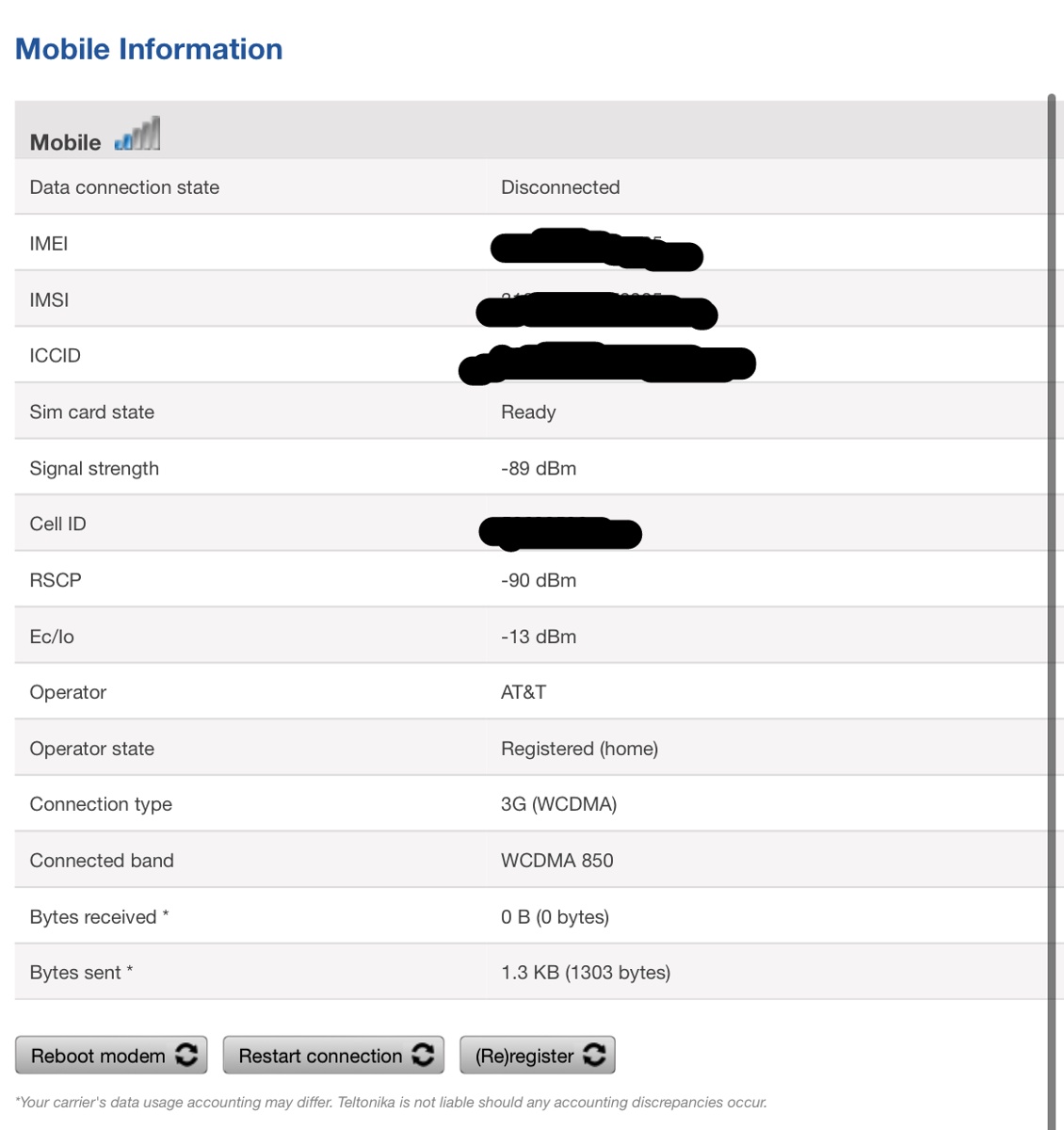 (Forum did not let me embed two images)

@alzhao Would you be able to elaborate further on how the device is registered as an IoT device with ATT, and what that means for picking a data plan?

Maybe just go to ATT and change one SIM card.