Can anyone tell me what 4G/LTE bands the GL-XE300 (puli) supports or at least tell me where to find documentation to find that info?
Also what is the different between the EG25-G and the EP06-E version?

Actually, in the product shopping page, there are several pictures which describe the product major features, one picture shows the supported modules and bands information. 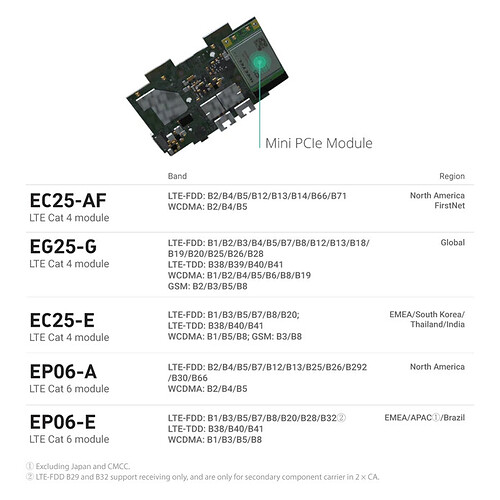