I’m doing some research and I must admit, I’m a bit lost. I currently have a fiber optic connection at home. This provides connectivity for security system, as well as my home automation. Occasionally, my fiber optic connection will drop, due a storm, or a failure in the upstream network. When this occurs, I want to fail over to a Version LTE data connection. I’ve been looking at the devices, but it’s not clear to me if this is even possible. If it is, does anyone have an pointers to some documentation I can read to give myself a jump start?

I’m a software engineer, and I primary develop a distributed database, so I feel very comfortable with networking. However, the hardware side is a bit foreign, so any help would be greatly appreciated.

Todd, the attached is mostly relevant in the US. It’s my cheat sheet, but it will help you understand what to look for in different markets

In the US there are basically 4 carriers. All the other vendors buy minutes on one or more of the majors networks. Each has their own set of bands. 3 have some overlap and 1 (sprint) does not. Vendors have accumulated towers and their hardware via acquisition and growth, and they have mixed technologies, but are targeting at a primary band for each carrier (17, 13, 4, 25).

The 3\4G cards do not cover all bands. That would be too easy, so you need to finds a card\device that matches the provider you want. Staying in one place makes this easier, but I have not found for a way to find out exactly what bands are in use where.

There is a Wikipedia page on providers List of United States mobile virtual network operators - Wikipedia that tells you for each provider what major networks they use.

It’s hard to find a plan with just data, but so far I think Straight talk has the best data only plan.

I happen to be on AT&T with a single phone plan. I was told that for $10/mo I can add a data device and share my data. I’ll be checking it out in a few days. On the straight talk plan I can effectively get another GB of data for $5 more ($15/M) so sharing my AT&T minutes is not really a great deal.

My ultimate goal is to wire my system in the following way.

Using the WAN and LAN connections in the GLI, can I set it up so that if it fails to ping an IP on the WAN it will fail over to the LTE modem?

For the provider, I already have an activated hotspot device, so I’m hoping I can use that either 1) via USB, which is highly unlikely to work, or 2) Yank the activated micro sim card and use it in the GLI. I live in Denver, CO, and Verizon has by far the most reliable network in the area.

You have not stated what device you are using or plan to use, but it probably does not matter.

All the GLI devices should support a USB dongle, but it’s hard to say what works and what does not. There is just not a lot of experience at this point.

This link (scroll) has some tested product. Overview - GL.iNet Docs

I do not think it is safe to assume auto failover, but others may know better. I plan to setup a MIFI with 4g service in the very near future and will let you know

@tnine, what is it like when the Fiber modem fails? Does the WAN still has IP address?

If no IP address at all, it may be easy to write the script so that the data goes to the 3G/4G. Otherwise the script will be much complex, need to ping outside world using the wan interface, when the 3G/4G interface is working at the same time.

I was going to write a ping script, since I still have an IP. A true end to end ping is really the only way to test full connectivity outside the Centurylink Subnet. This also, will catch issues where I can route to my fiber termination, but can’t hop beyond that. I’ll implement a circuit breaker, so that occasional fails won’t trigger a failover.

I’m actually not worried about the script at all, I know I can do that pretty easily. I’m more concerned with the hardware. From what I can see, this is the card I’d need for the GL mifi. 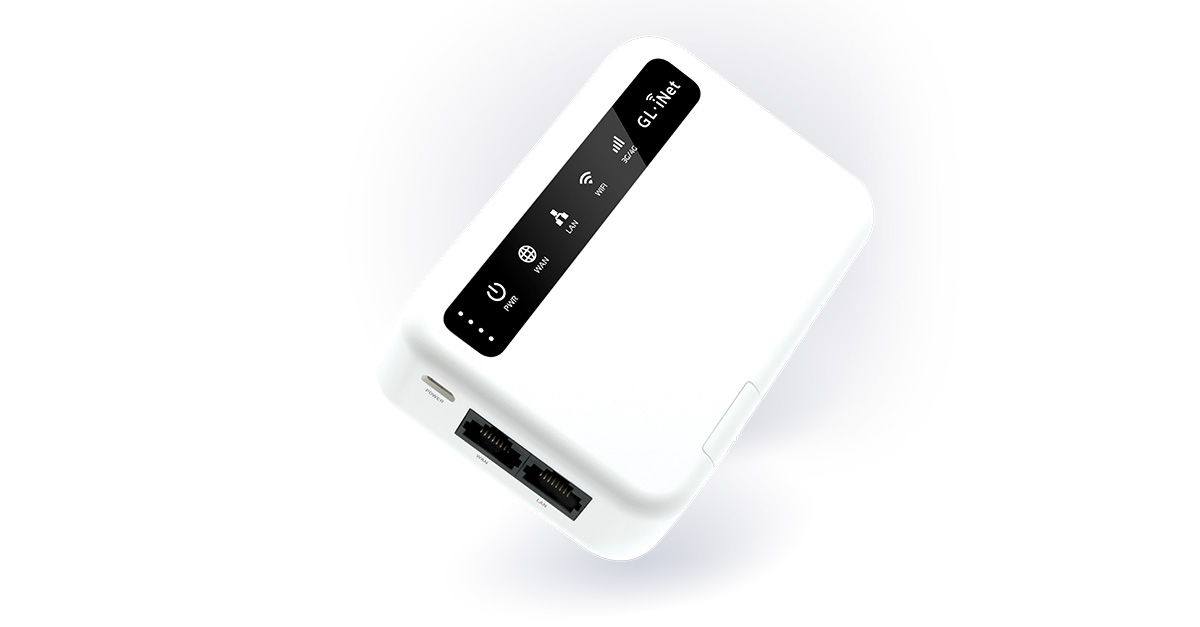 According to several sites, channel 13 is the predominant channel for Verizon LTE. However, when I view the EC20-A Mini PCIe specs, I see that it supports channel 4. Which is used in Verzion LTE, but is not their primary channel.

What card would I need to purchase that will support channel 13?

There will be a module called EC25 which is Verizon verified. I hope that will work well. But it will be available later. We are also waiting for the manufacturer.

Is this something I can order and add later, or do I have to order it with the MiFi?

It can be ordered separately.

Fantastic. Is it possible to order the GL-MiFi from Amazon? I’m a prime member, so I’d prefer to avoid the $24 shipping cost if possible. I’d like to get configured with the Mifi, then add the card once it’s available.

So in waiting for the native LTE card to be produced, I’ve purchased this little guy.

I’ve also changed my existing hotspot to allow USB tethering. I plugged it in, selected tether for the WAN, and it “just works”, which IMHO is amazing!

Now that I’ve proven my hotspot works, and that I can set it to WAN to use my fiber, where would I install my script to switch between the two as the active external connection?

As I said before, I’m a Software Engineer, so I’m happy to document and contribute my scripts on github. I just need some examples and documentation to get me rolling.

Hello, have you accomplished the automatic failover? If yes, could you please share your script and instructions? I’m new to this, but I also need the failover. Thanks!

Actually in the current firmware there is failover already. If you have WAN and Tethering, it will use WAN and failover to Tethering.

Thank you. Can you please clarify some more

Thank you. I don’t have a hostless modem. I have a USB stick modem. Will failover work with it? I want to use the USB modem as main WAN, and failover to Wired WAN (or WiFI WAN) when cellular connection fails.

I don’t have experience with firmware and OpenWrt - could you please explain more:

You don’t need to do anything than setting up the modem connection. Failover is there by default.

Check this docs SSH to the router - GL.iNet Docs for editing files using winscp or ssh.