iPlayer block - but only via Router (DNS-related?)

I use PureVPN (for OpenVPN) and VPNUnlimited (for Wireguard)

Yesterday both stopped working on my Gl.inet router for BBC iPlayer across all devices - but only with the router (not the apps for the services which continue to work fine).

I tried a couple of things like changing DNS (trying Google, cloudflare, nextdns) although both providers push DNS themselves so it doesn’t normally need configured. I also tried blocking Google DNS via custom rules but having no luck.

Does anyone have an idea of how VPN block would apply to router-only and not the VPN apps? Or of a potential fix with firewall / DNS if that’s the issue?

Do you mean BBC iPlayer does not connect when you use vpn? Or it can detect that you are using vpn?

I mean it shows error on VPN - but not when I use Openvpn client on Android with same config / Also same with Wireguard - no error on phone client.

Only on the router.

I mean it shows error on VPN

Yes I understand. I want to know what kind of error? Can you send an image?

On mobile, it fails to load the interface a lot of the time - if I manage to get that loaded then it just shows the loading animation and won’t load title (no on-screen error message on mobile). On desktop, it says ‘BBC iPlayer only works in the UK. Sorry, it’s due to rights issues.’

I’d understand if servers were all blocked, but it’s strange how it works on mobile clients (KeepSolid & Pure on OpenVPN and Wireguard on Android) but not when configured on the router.

As Doctor Who fan, of course I’ve played around with the iPlayer outside UK… And from my experience I would say:
You should be glad your router is protecting everything, while your Android has some holes in the security.

What is protecting for us (user) is not allowed by iPlayer (BBC). But as the BBC don’t want to loose viewers, they will take any workaround on ‘flexible Secure’ devices, like Android.

Even if we’re trying to understand what is going on, today a VPN provider can be allowed and tomorrow blocked. The BBC won’t tell us anything beside “don’t use VPN. VPN is Bad”…
If we want to understand, a traceroute can be helpful. Or a very defined endpoint (VPN Server) in the own homenet.

From a desktop PC connected to the router running VPN, use a browser to open whatismyaddress.com and confirm the VPN server location is in U.K.

I used to have PureVPN and it would end up connecting to a different country than what the config says it is supposed to. It was random at different times and on different devices, so I ended up switching to another VPN provider.

It does show as UK on the router device too, not sure how it detects differently on app vs router.

was this issue ever resolved? i am experiencing exactly the same thing with iplayer using a beryl router and openvpn via expressvpn. apps on my devices work, but somehow iplayer seems to detect the vpn use through the router.

It seems that iPlayer (and other streaming services) are blocking more and more VPN IPs. My Torguard’s dedicated IP has recently been blocked by iPlayer, Disney+, My5 and All4 when trying to stream on the Firestick via my Gl.iNet with wireguard on. They work fine using the same VPN on my browser but not on the Firestick apps but I have also read that more services are getting blocked even using VPN on PC or Android devices as well as on routers. The cat seems to having one over the mouse at this stage.

yeah it’s weird though right? what is the tech they are using that allows them to detect at a router level but not when using a browser and the app?

Your Amazon account has the Country/Region of your address and passes info to the Fire Stick apps. The same applies to Roku and probably Google TV. 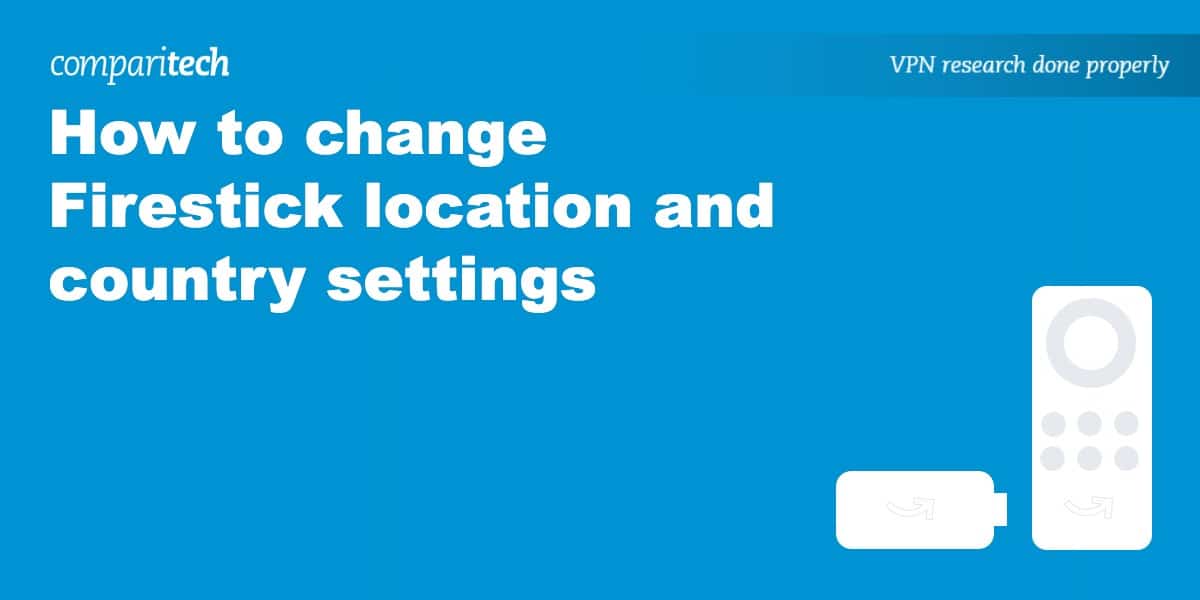 How to Change Location on Firestick: Country settings hack

We'll show you how to unblock region-locked video on Amazon Fire TV Stick by changing your location, country, and IP address.