Looking for a system with Wifi Access Point and Client

I need to connect my IOTs (WiFi) together with server raspberry . I dont have ADSL at home only an Orange airbox wich is an AP wifi and SIM Card but with no Ethernet connexion.

Hi!
Looking at the different Airbox products, they all seem to be Huawei wifi hotspots no?

Those all say they have a usb port too, which means it should be able to tether to any of the GL.iNet routers that have a usb port such as the AR750s, S1300. I would recommend one of those 2 as they have dual band wifi.

So you can order a GL router, try to tether it. If that does not work, you can still use your GL router in client mode connected to the Airbox, and supply internet to your IOT devices and connect them together as well.

Thanks
My air box is Huawei but without USB port. I will try with a config client connected with Airbox and access point for my IOTs
COnfirm it is ok ?

Yeah that will work. It’s called Repeater in the GL UI

@xmenne I have a couple of similar units though not Huawei.

If they’re similar enough, you should be able to plug into the USB port on your GL-Inet and it should recognise it as a tethered LTE internet connection like connecting your mobile phone and tethering

The MiFi unit itself doesn’t have a full size USB port on it, but if you plug in the micro-USB end into the MiFi and then the full size USB plug into your router, then turn the MiFi on, hopefully it’ll all just automatically work. 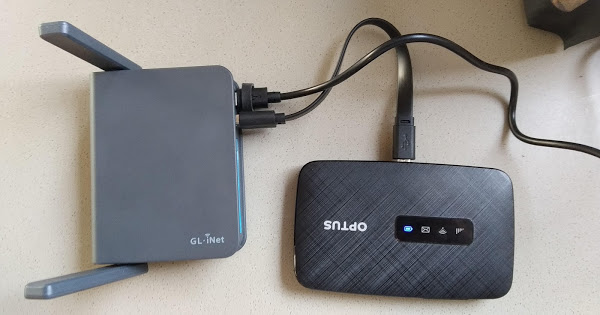 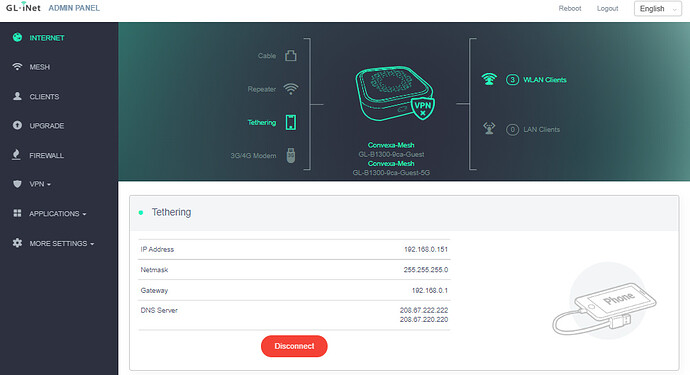 If you then got to Gateway IP address under tethering (in this case 192.168.0.1) you should be able to then see the web interface of your Airbox. You could at this time turn off the wifi on the Airbox if you are so inclined and then just connect all your devices to the Gl.Inet router WiFi… 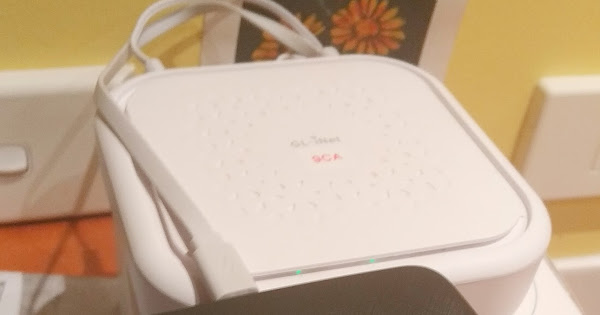 Otherwise as Johnex says, you can still connect Gl-inet to Airbox via WiFi repeater.

Cool - hint, move that USB cable away from the top of B1300, if both ends are usb3, it’ll interfere with your 2.4GHz coverage.