Trying to wrap my head around WISP and MESH especially since I don’t have access to the “source router” and it’s not in an optimal position and can’t be moved.

A couple of questions:

If you can’t directly combine WISP and MESH on a master node then I assume my other option is to add an intermediate wired WISP router to put a wired signal into the MESH. 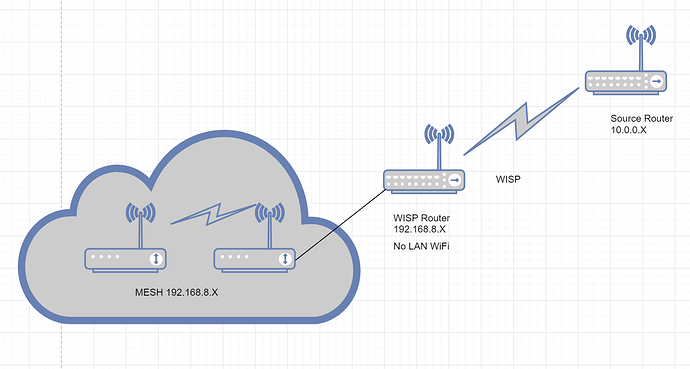 Upgrade should work on the whole mesh network rather than one node. At least it should be. With an Smartphone APP it will be more convenient to upgrade. And we are developing one.

WISP and mesh should be able to work but I am not sure. Seems this is not a logical scenario.

Below is a rough diagram of how the current housing I’m looking after is set out, The placement of the main router supplied by the ISP is placed to make installation as easy and quick for the installer and hence is in the completely wrong place for the property. The owners of the property are older and don’t understand technology and complained to me before they left that they didn’t have good WiFi in most of the house. 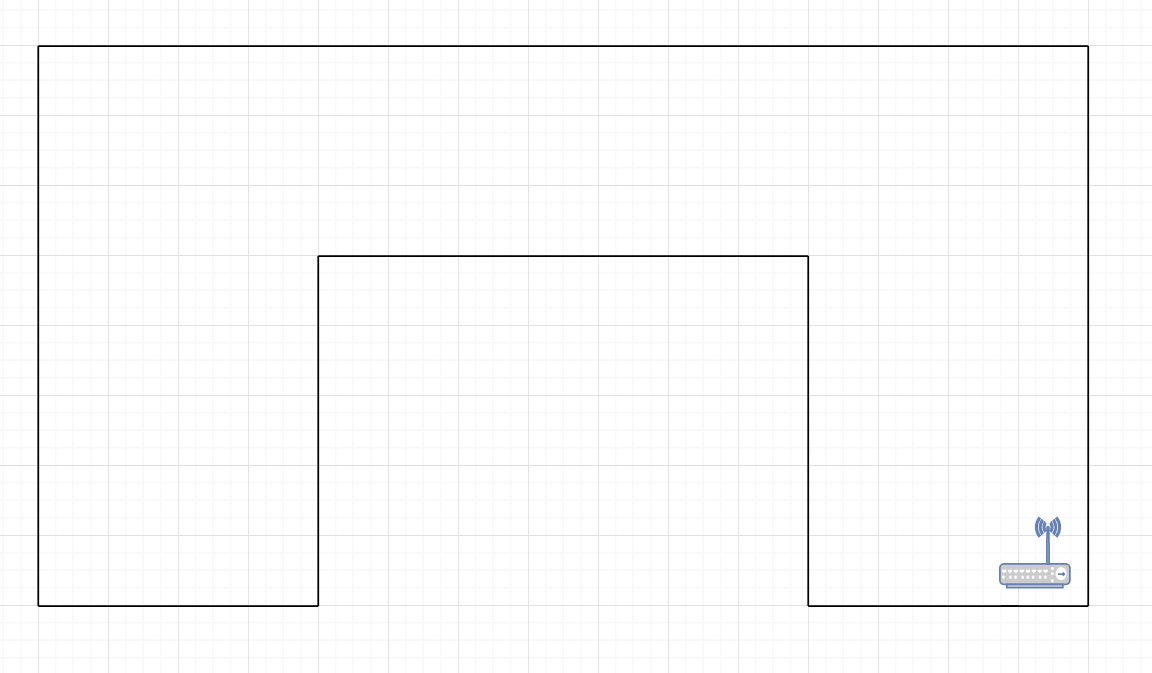 This results in a very poor coverage for the house (roughly based on a few tests I’ve done ). 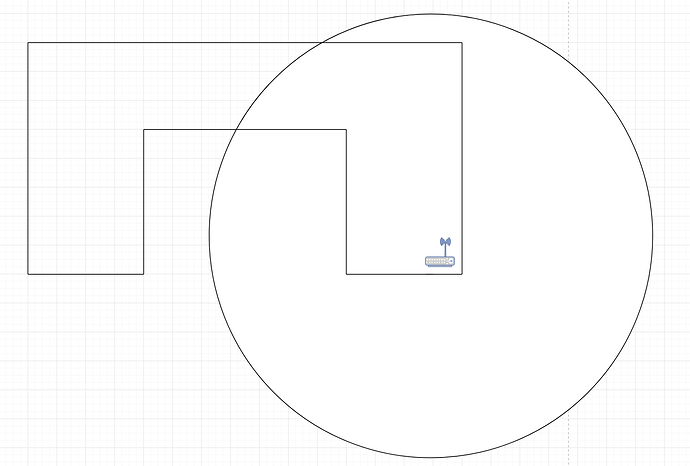 This is their main living areas where internet is required…good match up huh! 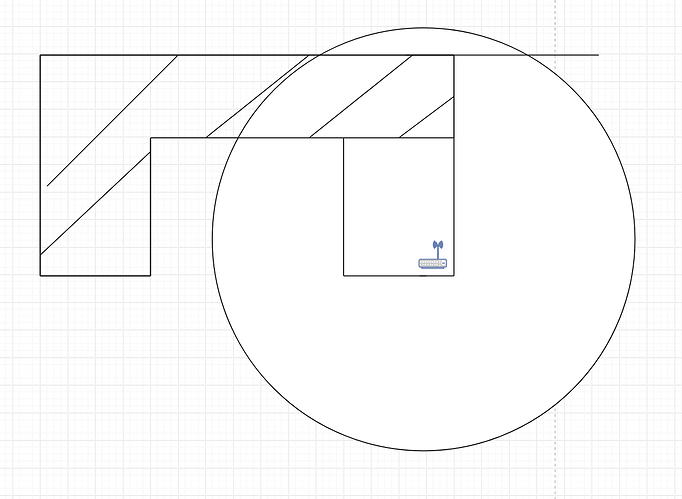 So you can see that almost half the house has fringe WiFi at very low speeds. Throw in some double brick walls, doors etc and the coverage isn’t that good at all.

Because we are looking after the house the source router is locked in a cupboard that I don’t have any access to. All I have is the Passphrase for the WiFi.

My idea is to implement a mesh ( to make it as easy to manage as possible) with minimal equipment. as per below. This gives them house wide coverage and also coverage in around their whole property including gardens. 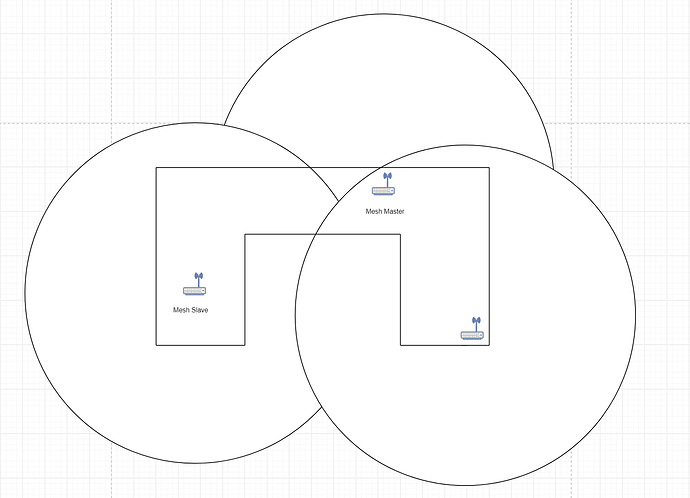 So the master node would WISP to the source router to give access to the centre of the house , and the slave node would then cover the left hand side of the house. Having mesh means the same SSID and better passing off of data as they move around their living areas.

This is a test for me and for the owners. Potentially we could put in a 3 node mesh (once I have access to the locked cupboard) , but the master node wouldn’t be doing much just like the current source router.

Yes I could do with repeaters/extenders, but why not try and use the latest technology, and give them easy management and handover as they move around the house

Whatever solution I put in will increase their coverage 100 fold

Does that make more sense?

Yes I understood now. You cannot touch the main router.

The problem of repeater is that they may not provide good performance because of compatibility between different vendors. Ideally they should work with each other without problem. But in reality it may not.While cable always works.

But B1300/S1300 cannot do repeater and mesh together. When it does this it cannot deliver good performance.

So what you can try are: 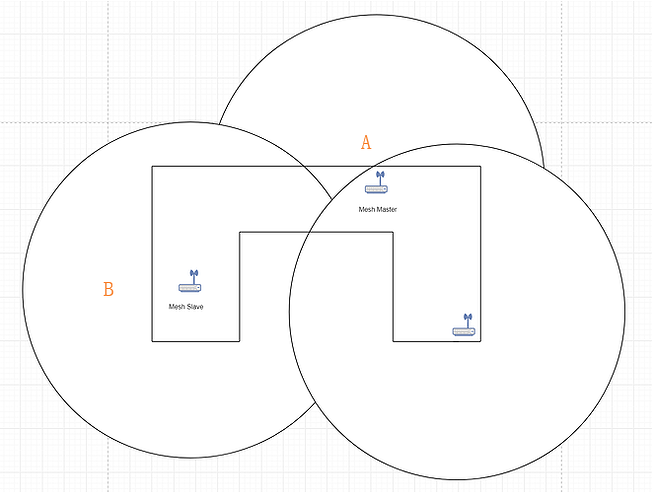 Having worked extensively with mesh, as enticing as the technology is, the best option is Ethernet cable if you can run it. Power-line modems have gotten much better over the past several years and provide many with good results.

If you “insist” on mesh with WISP, then you should have one router for your WISP, hard-wired to one on the mesh. Past that, three or more radios at each station are desirable at each location; 2.4 and 5 GHz for clients and then at least one 5 GHz radio for the mesh backhaul. Otherwise the single 5 GHz channel stalls due to all on the same channel (forced by using mesh).

Maybe useful to people in the same situation as I was: so in the end I did this: 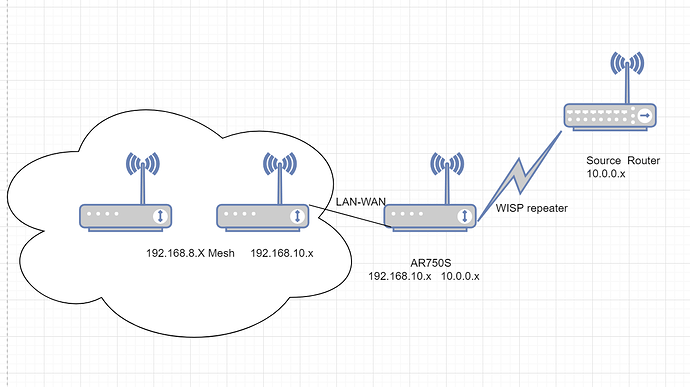 Full speed coverage throughout the house, transparent handover as you move between areas, can see all my clients and which node and band they’re attached to. Micro SD working as a SMB server in the AR750s (192.168.10.1/sda1).