So finally got hold of my Beryl.

One of the ways the Beryl is being marketed is being an “an advanced version of our best-seller, Slate (GL-AR750S)”. So does it replace the Slate? In my mind it’s both “yes” and “no”

There’s a number of ways that the Slate is still relevant and useful especially when used as a travel router.

What’s been improved in the Beryl over the Slate?
AC1300 versus AC750
USB 3 versus USB 2
VPN speeds better 21/91Mbps versus 17/68Mbps (OpenVPN/Wireguard)
USB-C versus USB-Micro
IPV6 Support

So in my head, if you want a truly portable router to take out to the cafe and in your kit bag, then the Slate still holds some advantages over the Beryl. If you’re going to setup in a hotel room for a week or so, the Beryl’s probably a better option (if you can live with the additional size and weight getting there). You need to weigh up the better functions of the Beryl against the larger size as your travel router. That being said for a small apartment or as a repeater/extender, this little discrete unit will work as a “home” router really well and look good.

Just my first quick thoughts and as always YMMV Still another Gl-iNet router that performs well above it’s size and does everything a big router can accomplish in a much smaller form factor. Of course we can’t forget the flexibility offered by it running OpenWRT compared to other commercial routers.

And to finish off a few photos of the Beryl versus the Slate to show the difference in form factor which I’ve never seen but could well be important to those “size and weight weenies” out there: 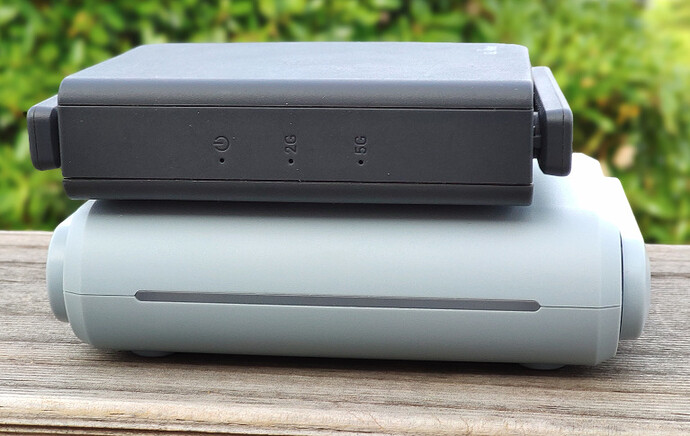 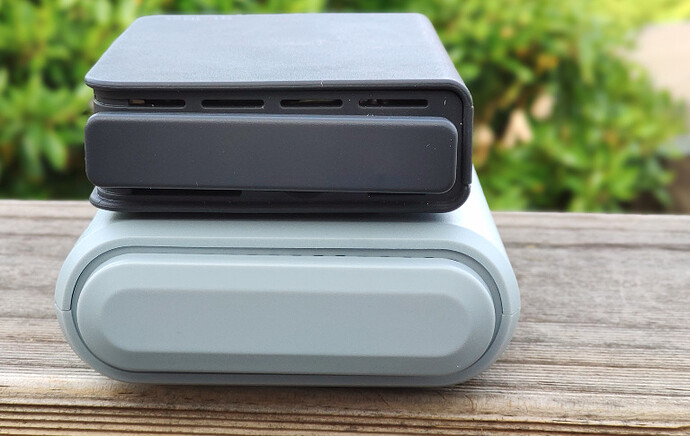 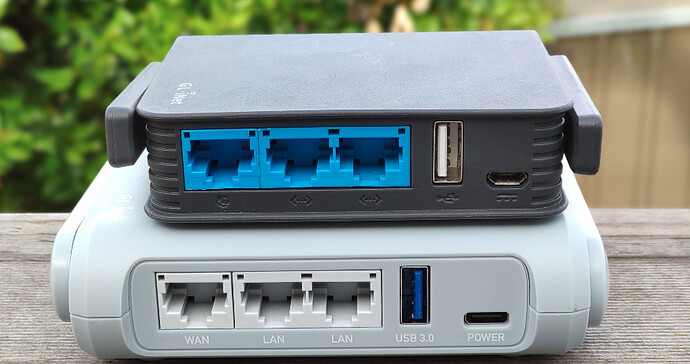 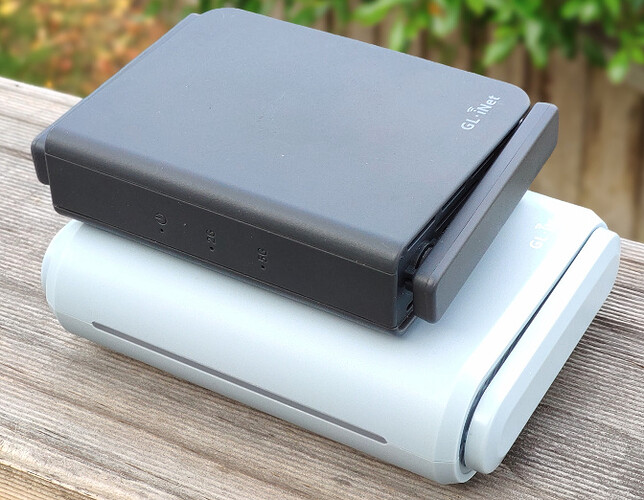 Thanks a lot, as a frequent traveler that is what I was looking for

Is Beryl able to use WPA3? Is it running on a later version of OpenWRT than Slate?

There is a table comparing Beryl, Broom and Slate where rows marked ‘Flash’ and ‘RAM’ are interchanged.
(I hope you had a good holiday)

It support WPA3 in AP mode but not sta mode.

Thanks for your review.
In first place it’s a matter of taste. But I like more design of the Slate than of the Beryl.
I have a Slate one and I would prefer to see a technically upgraded Slate v.2

Have to remember it’s big (compared to the Slate) but compare it to some of the commerical router with the same (or lesser ) specs, then it’s tiny

On the pictures of the motherboards we can see that the Beryl could have been optimized (like the Slate).

Of course we can imagine that this new design will be able to support even more powerful CPU’s. (multi-core ?).
Personally I find the Beryl still small enough to be considered mobile, but certainly not powerful enough for me to replace my Slate.
One day maybe ?

Here’s a range of gl. Inet devices compared to me (admittedly old though it looks like they still use the same shell in some of their current line) TP-link WDR4300 N750 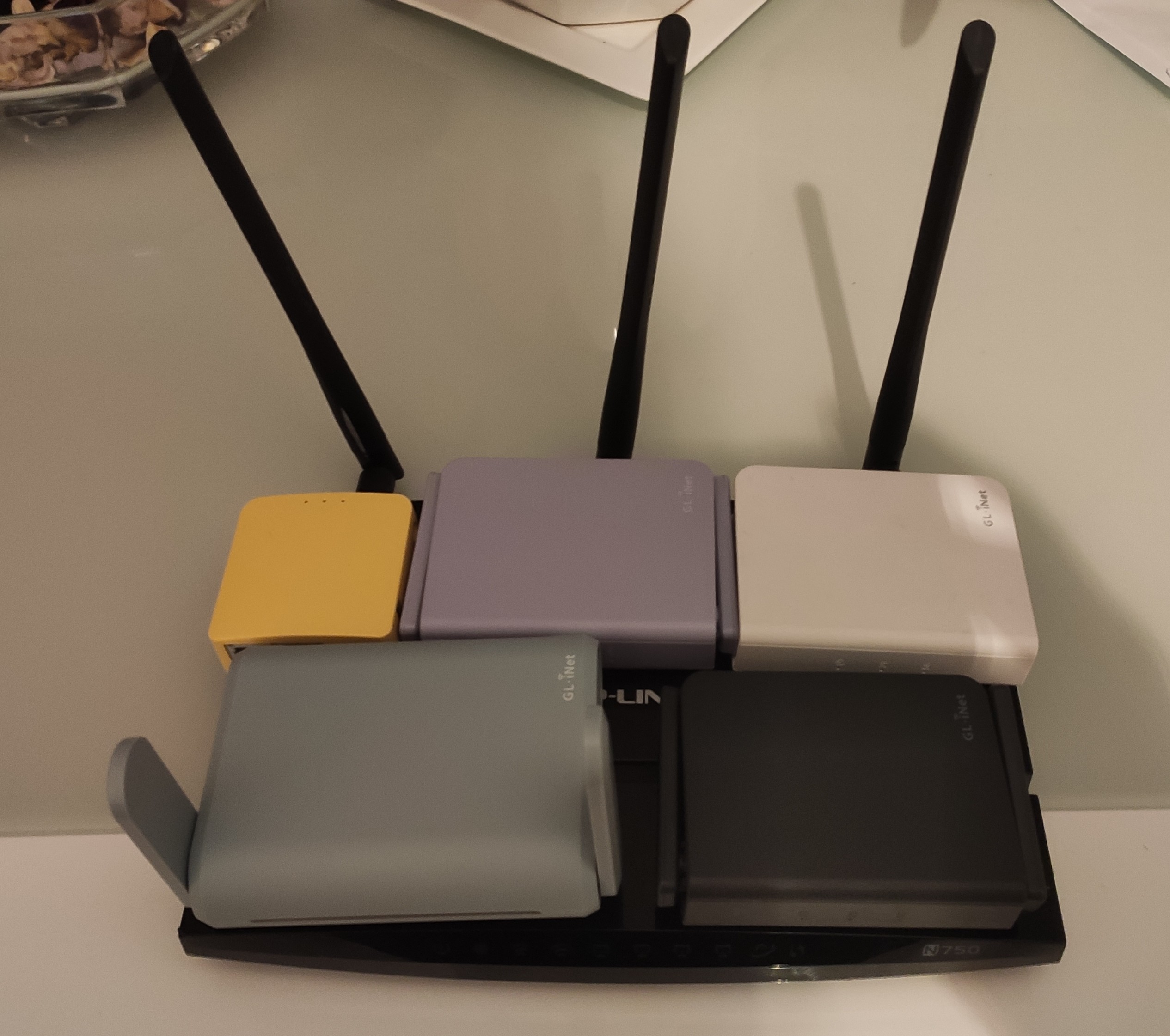 I’ve used the slate for over a year now and just recently got the Beryl.
I agree the size difference is noticeable, but I think one argument for the bigger PCB is thermal performance.
My slate would get scorching hot so I had to be conscious about putting it in a ventilated spot, so far the Beryl only gets mildly warm.

In regards to power consumption, they both use 5v, but the Beryl consumes 200-300mah more than the slate, depending on what your doing (i.e. streaming vs surfing).
But it won’t impact your travel power consumption that much that you should not get it.

Beryl, specifically re-engineed the power supply part so that power will not be an issue.

Beryl can output 1A stably as well thanks to the TypeC input.

is there any improvement in wifi signal reception?
some hotels have really bad wifi strength.