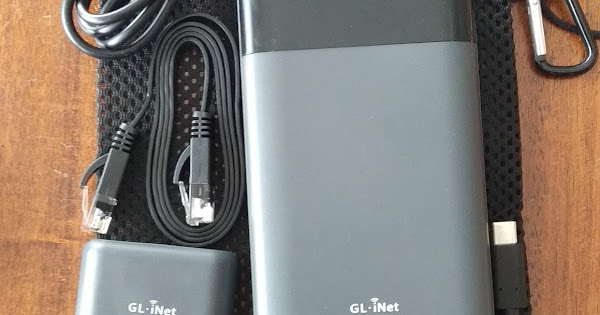 The Mudi comes with everything you need including a mesh carry bag. It’s a departure from the MiFi and Spitz in that rather than white, it’s black. IMHO opinion it looks much sleeker and not as industrial as the other units. 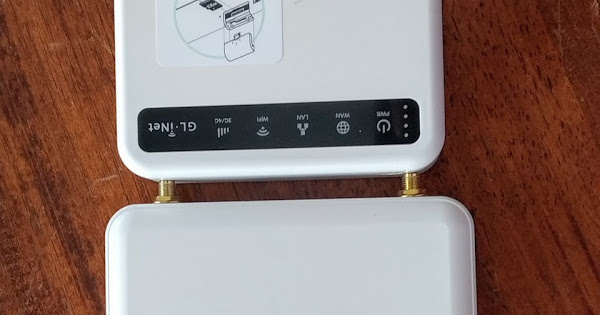 Here it is size wise compared with the Spitz, the MiFi and the M7 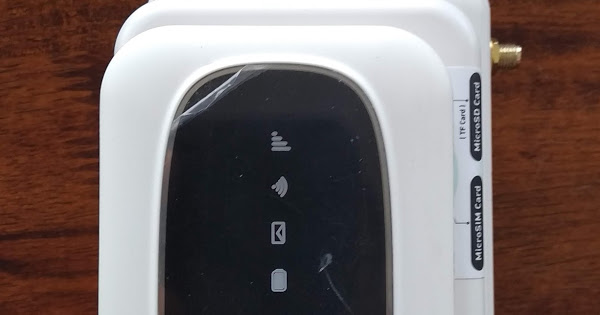 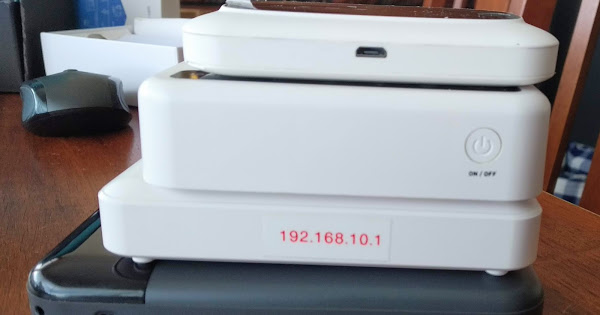 There is a fair difference though in the heights 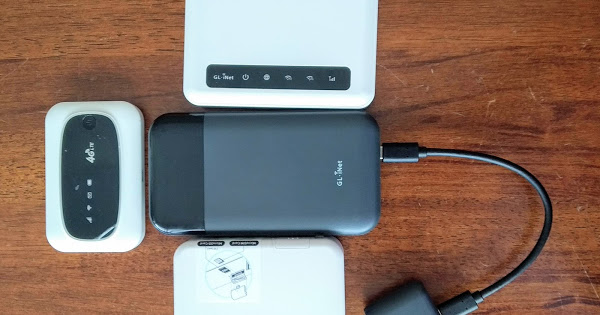 The other thing that needs to be taken into account with size is that the Mudi doesn’t have a built in ethernet ports like the Spitz or MiFi, it’s a USB-C docking connector, and in comparison there’s only one port compared to two on the other units. 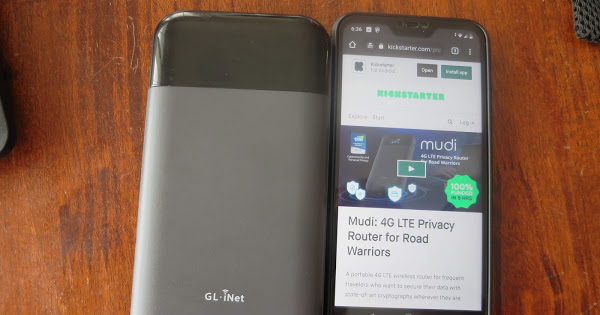 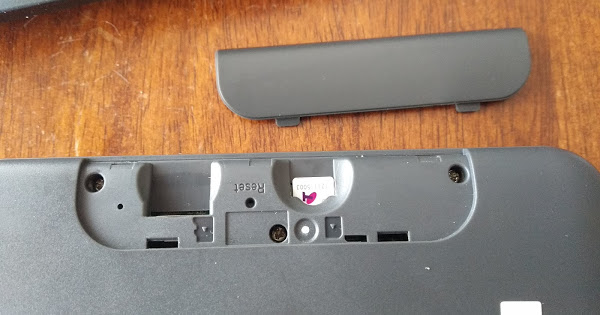 The Nano SIM and Micro-SD card slot is under a door on the bottom. I did find the door a bit hard to open at first but seem have the hang of it now. The nice thing is because it supports a nano sim I don’t have to use a nano to micro adapter which always caused me issues no matter what sort of micro holder (spring push in, slide under bar) mechanism is on other units. 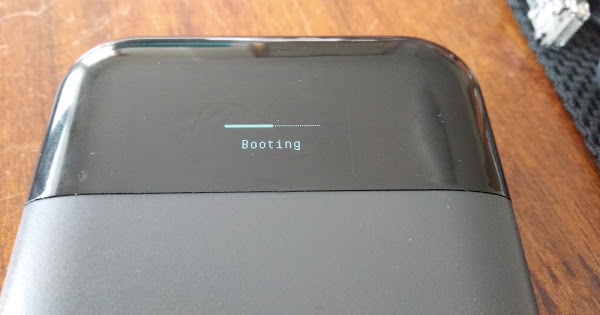 Note however it’s not the easiest to read outside in direct sunlight and the shiny cover is going to be a fingerprint magnet if that sort of thing worries you. 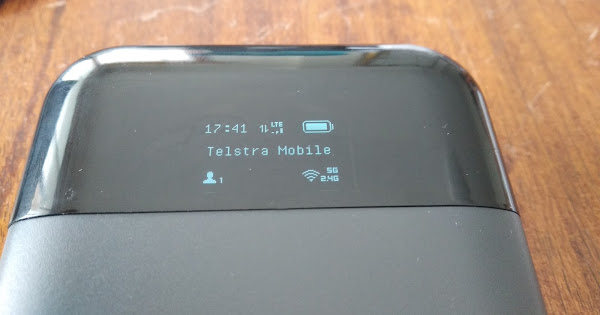 Once booted you get some nice useful information again much easier to know what’s going on than referring to LEDs. 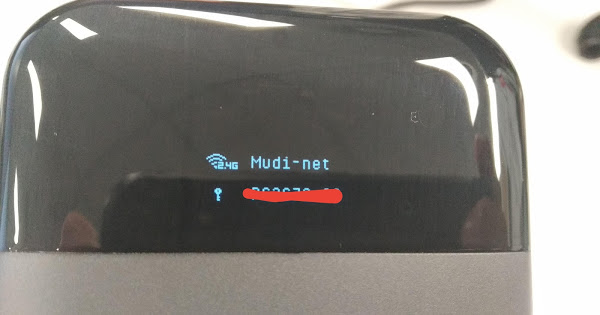 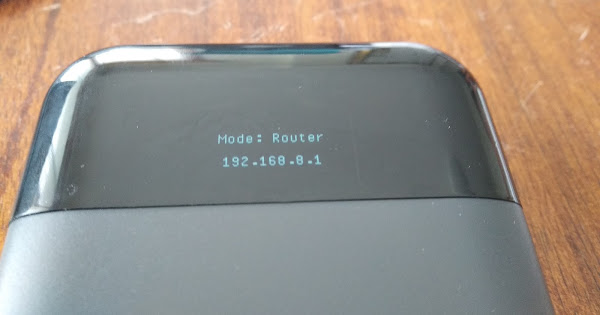 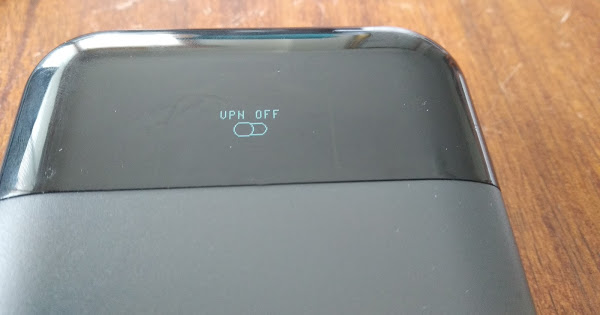 By default if you press the power button again you cycle though the SSID and passphrase for 2.4 and 5Ghz WiFi LANS, the routers address and operating mode (default 192.168.8.1) and the VPN status. You can either turn off displaying the passphrase or completely “remove” these screens. I’ve turned this off for security reasons and this can easily be done in the Luci interface (Advanced → System->MCU interface) 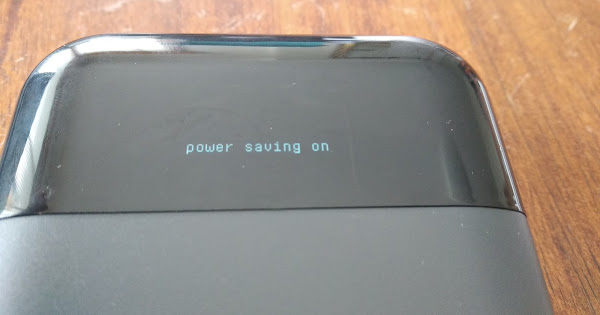 Press the power button on the main screen for 3 seconds and the unit goes into power saving mode. This puts the unit into a “resume” type mode. Turns everything off but without turning the unit off. Another 3 second press will disable power save mode.and quickly make the unit operational again. 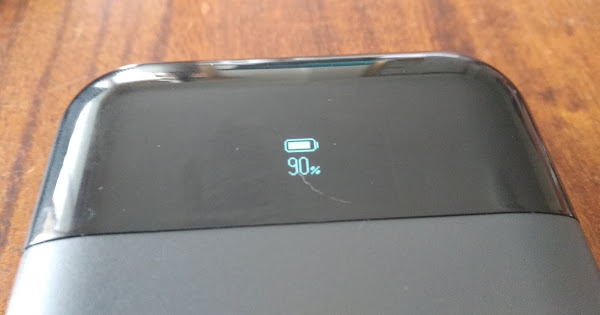 When it’s off , if you need to check how much battery you’ve got just press the power button.

I’m not going to go into the interface here because it’s just the good ole standard Gl.iNet front end with Luci underneath. The nice thing I like about the GL.iNet products is that if you can configure all their units with the same interface without having to relearn.

I’ve only had for a day so still playing with. With the EP06-E module, I’m getting the same sort of speeds I get with my Spitz with EP06-E on Telstra (Oz’s main Telco) and OpenVPN wise I got about 8-11Mbps (on around a 35Mbps LTE link)

All in all, this is a nice little unit. It’s not the smallest unit out there but don’t forget it contains a 7000mAh battery inside which should keep the unit going for a while as well as having the ability to charge your phone in a real emergency (turn off the phone to reduce draw and charge quicker).

The addition of the OLED screen means you can get more meaningful information easily (I especially like the number of connected users), but it is a bit hard to read outside.

All in all this looks like another great Gl.iNet router to add to the collection especially if you’re a bit of a traveller that uses LTE.

Here is the weight of the Mudi compared to the Mifi: 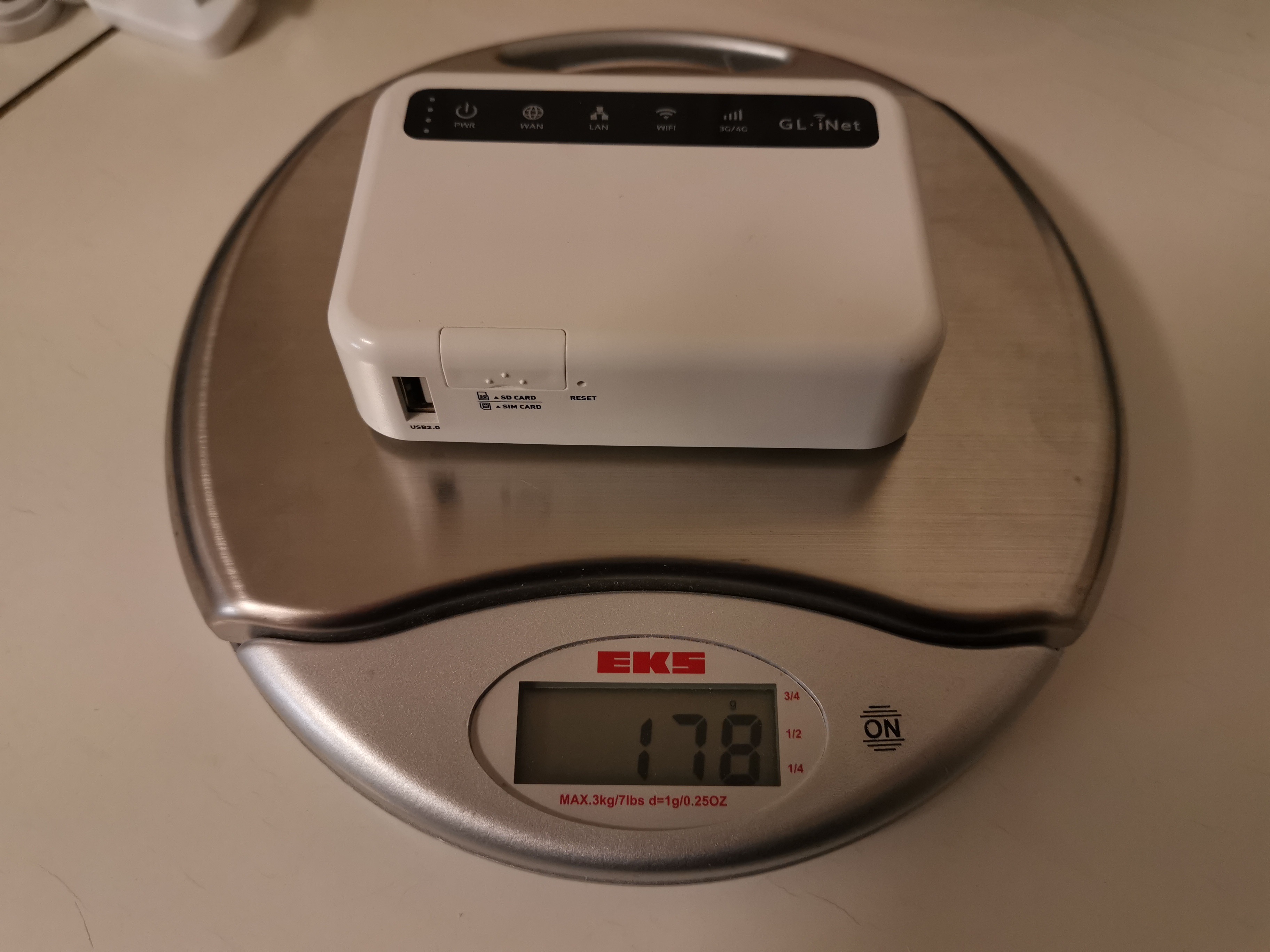 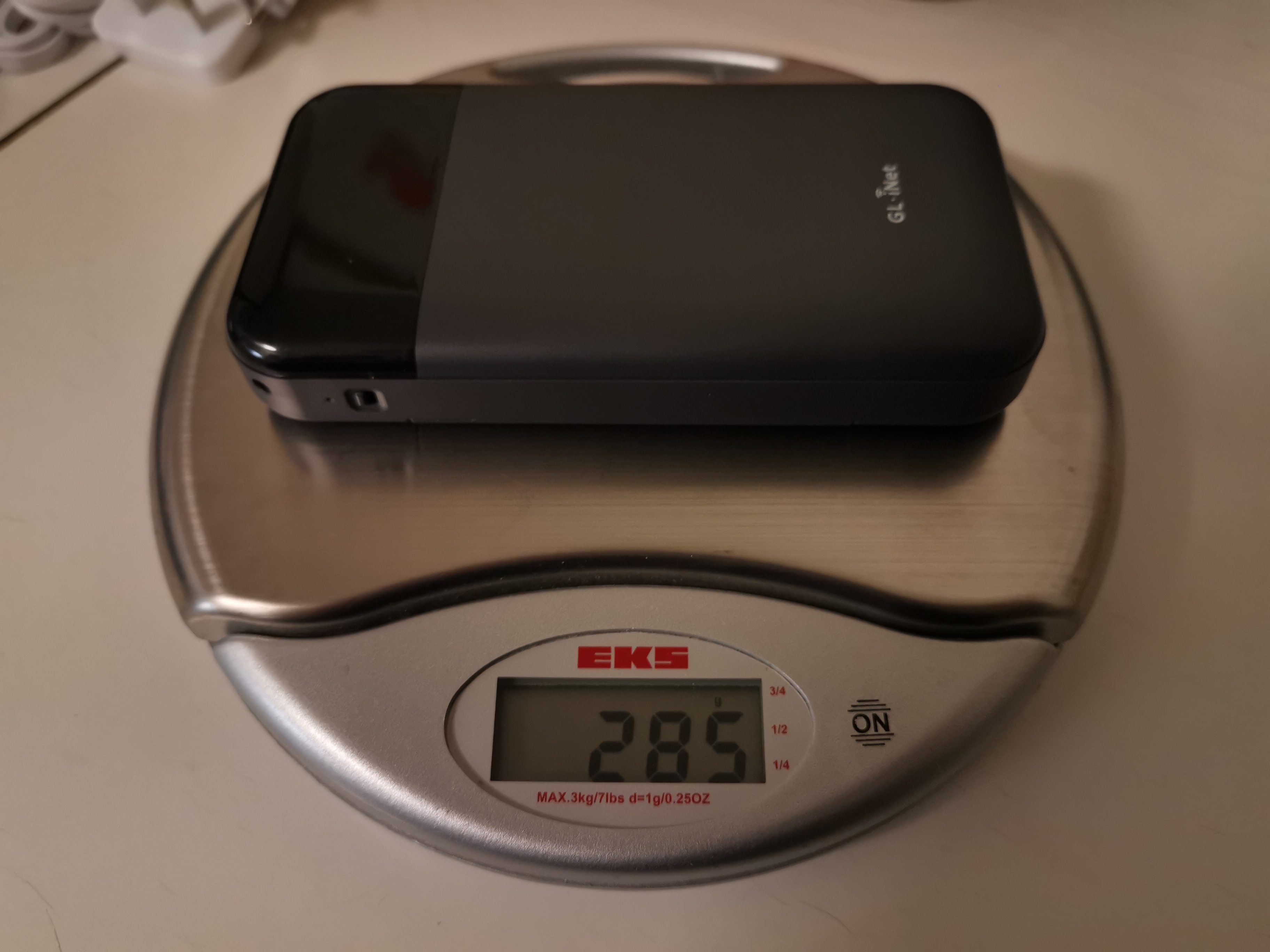 And if you lift her skirt a little (just a little peek): 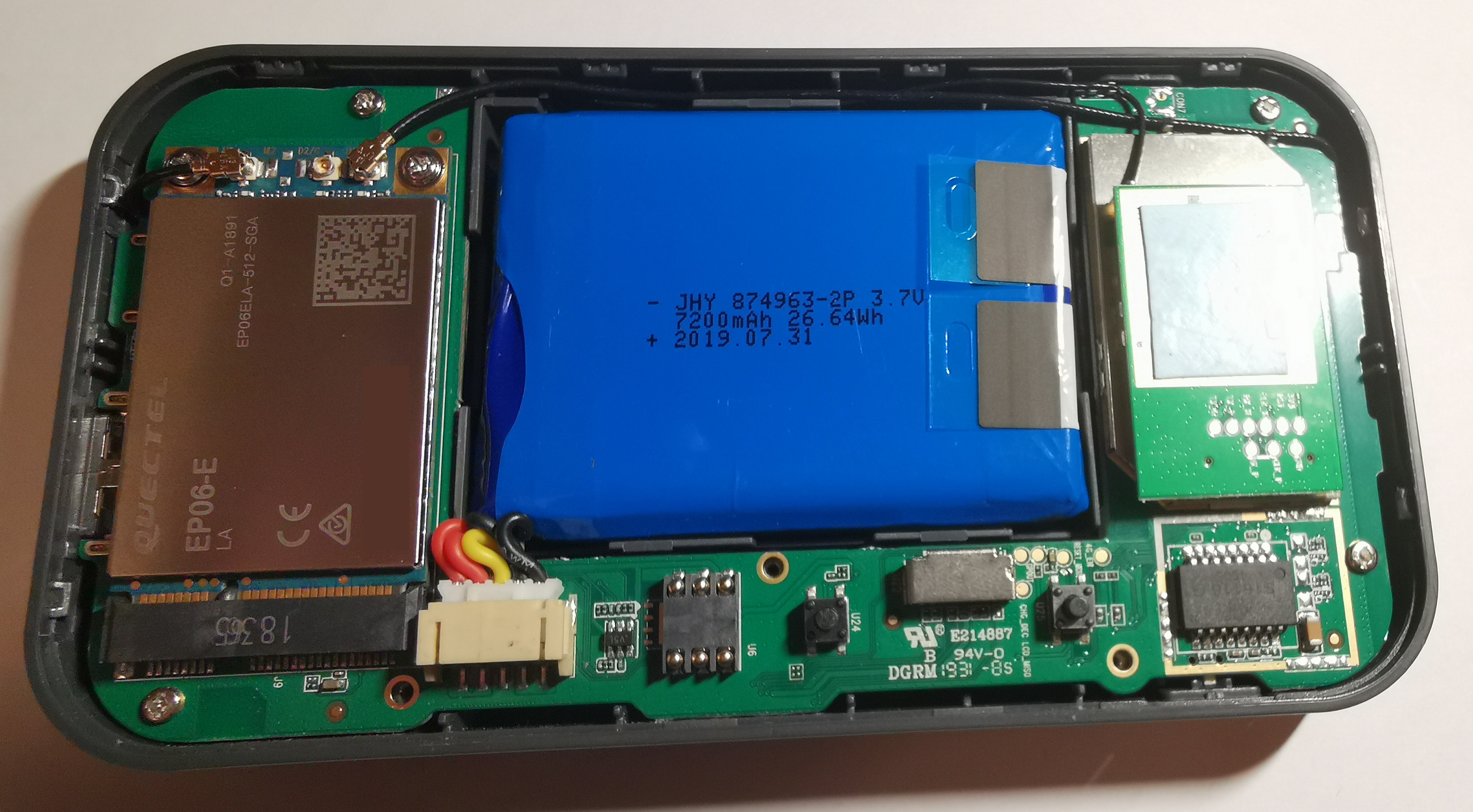 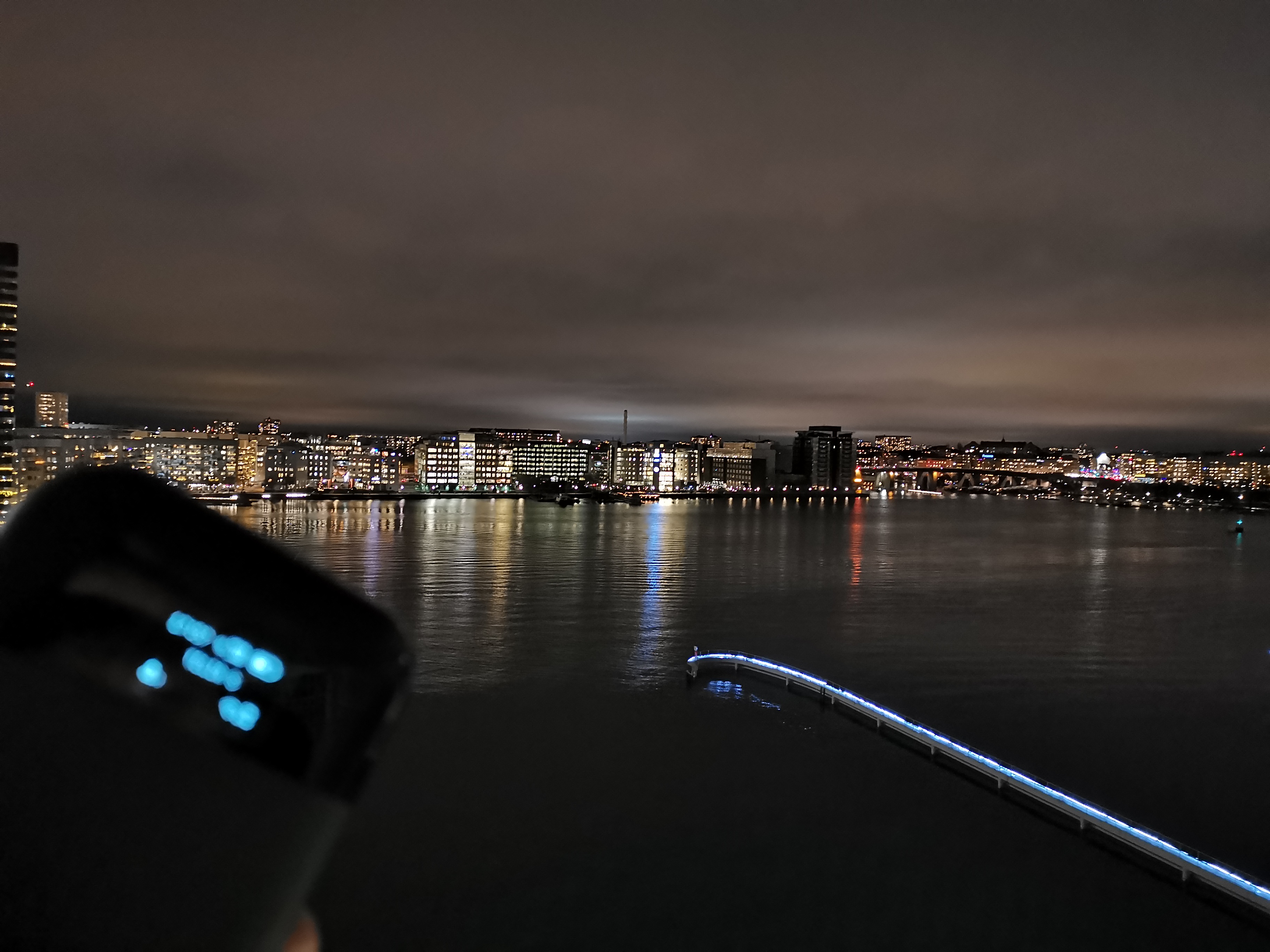 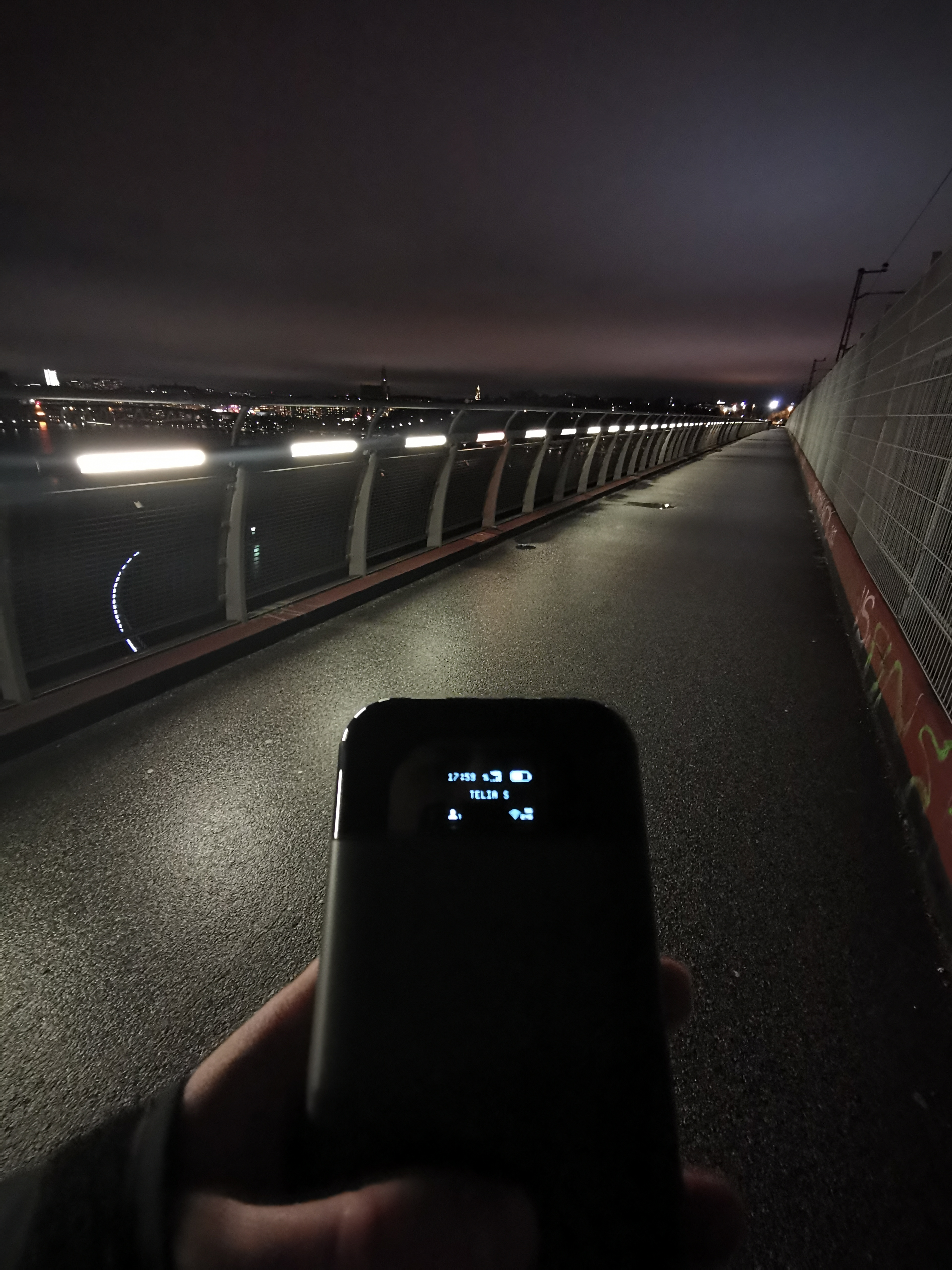 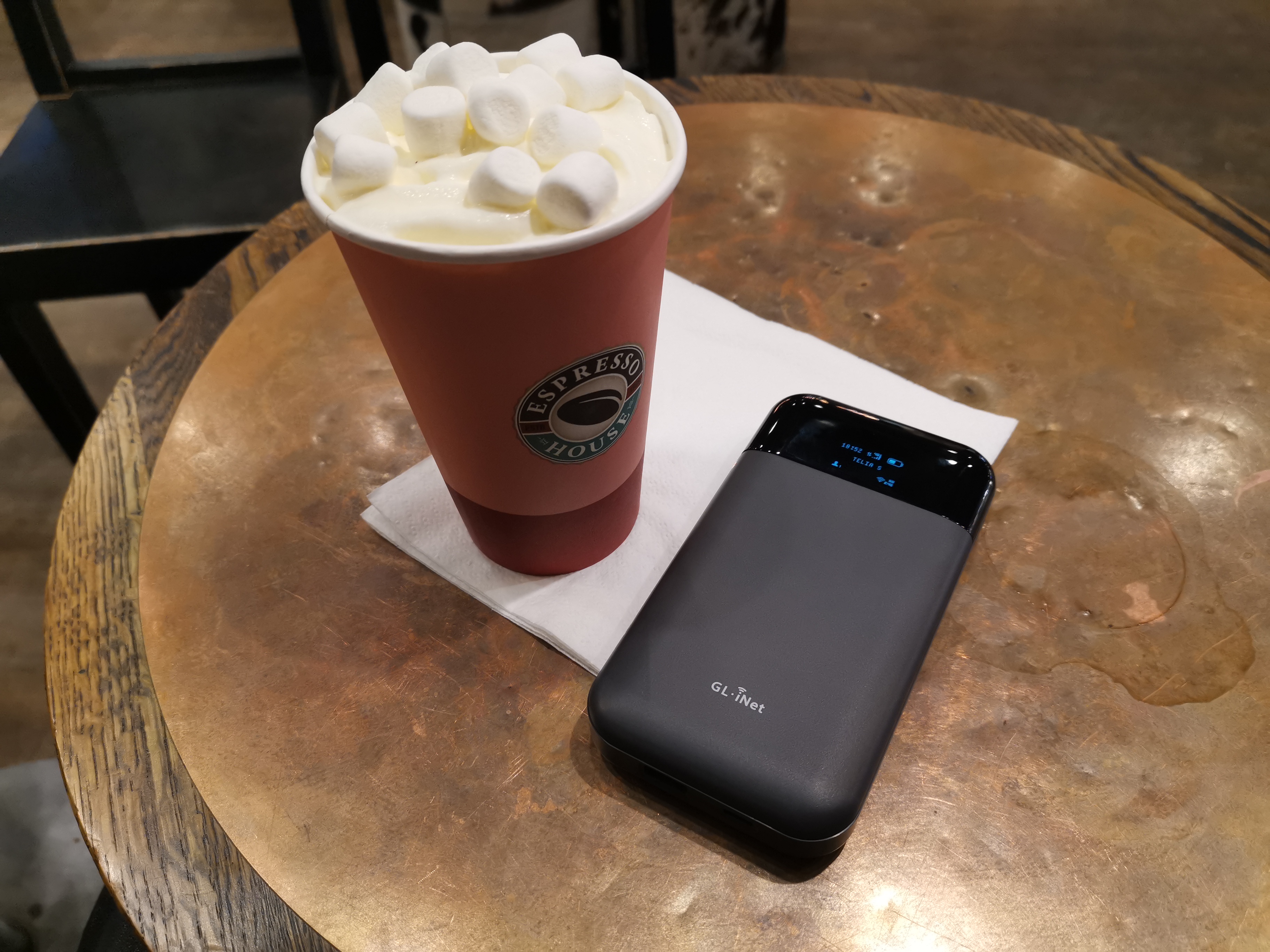 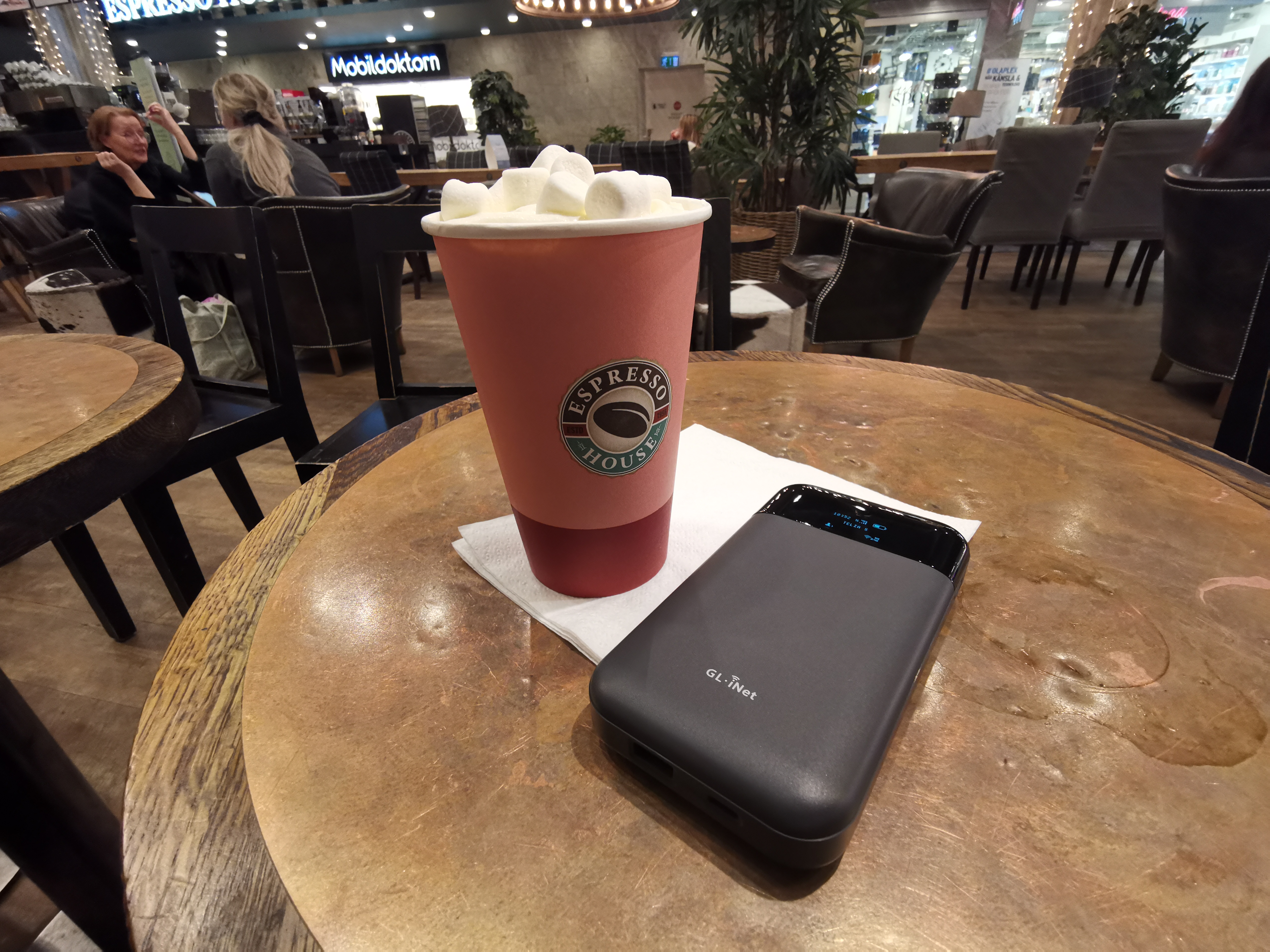 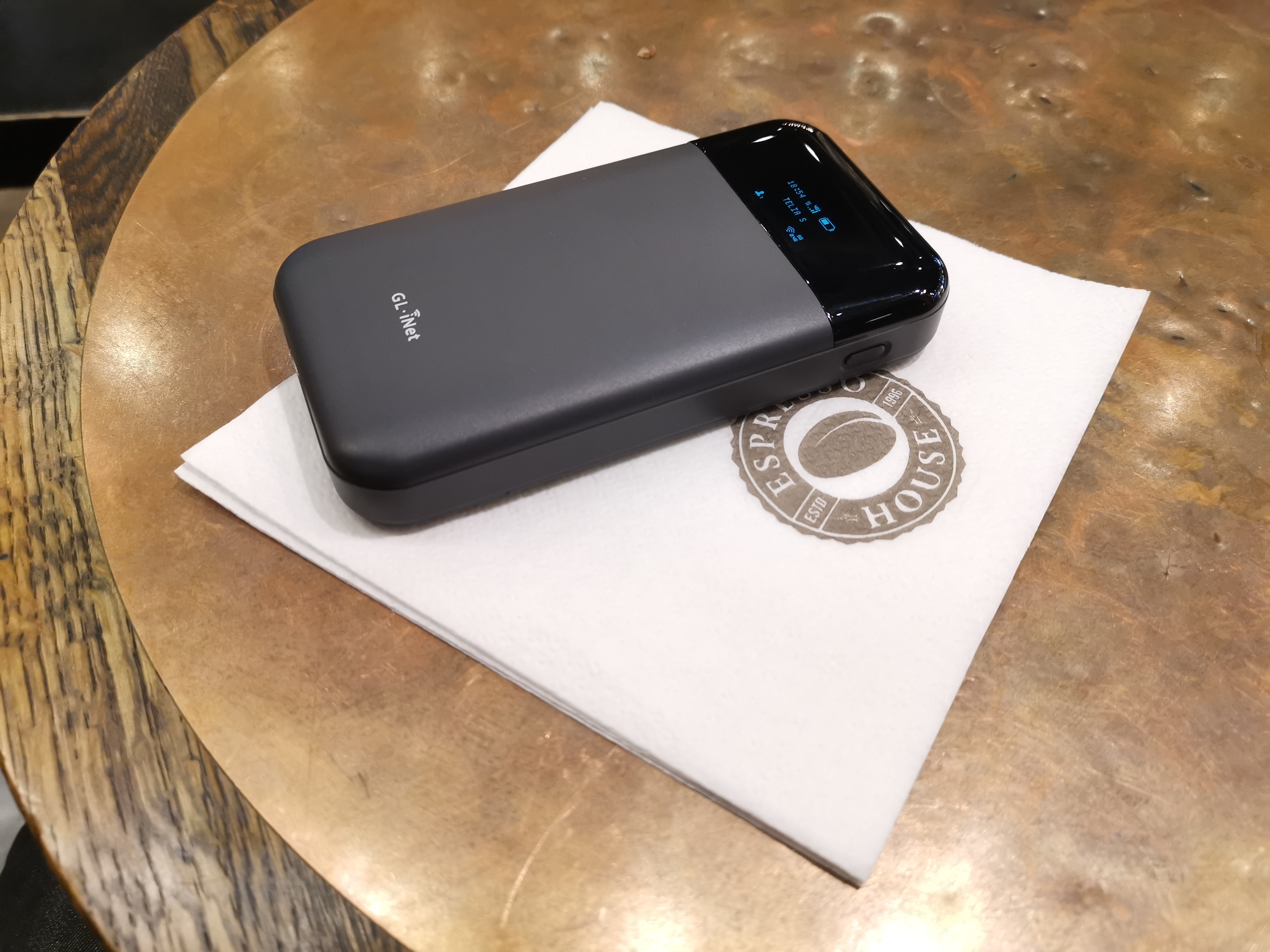 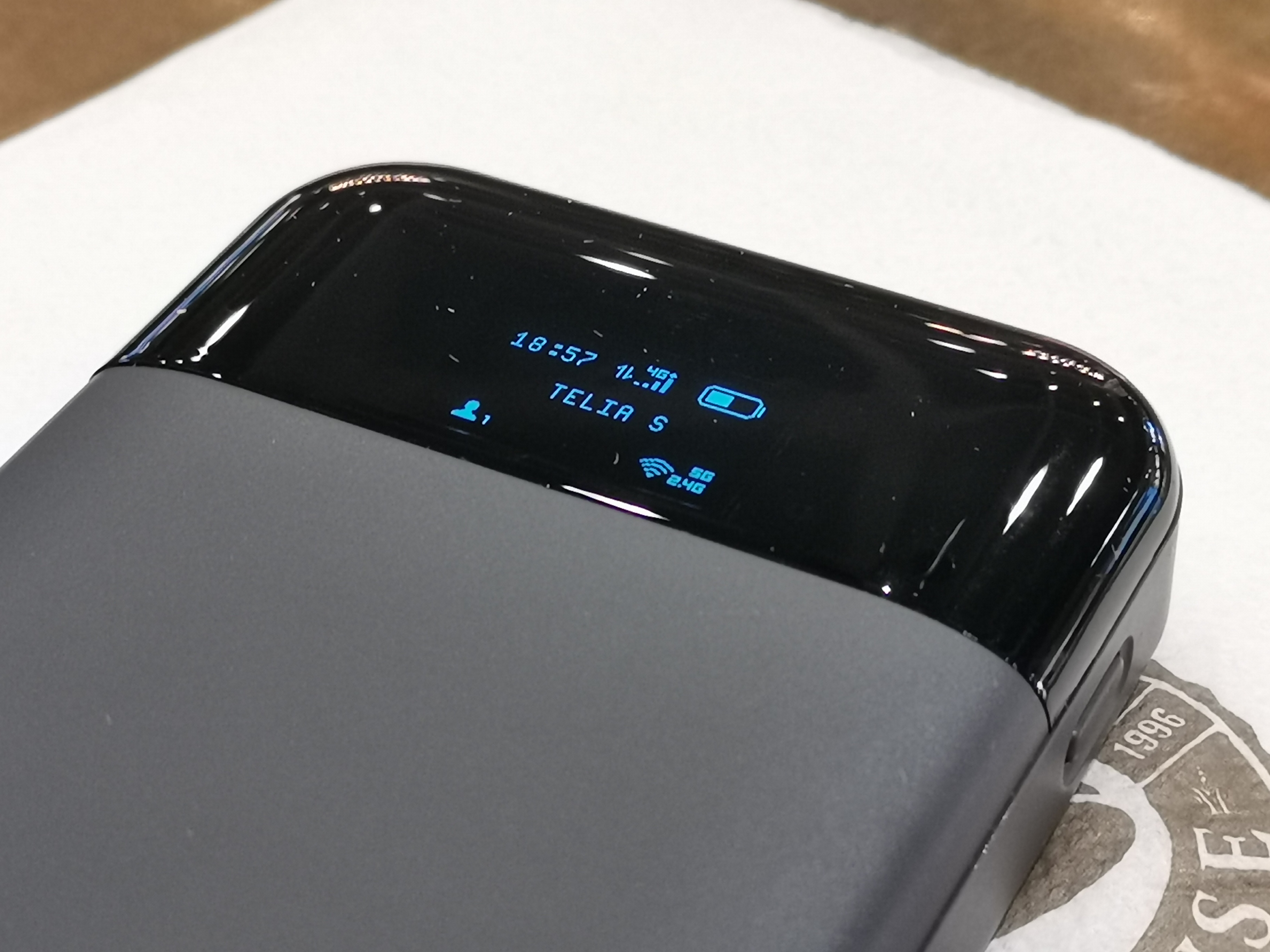 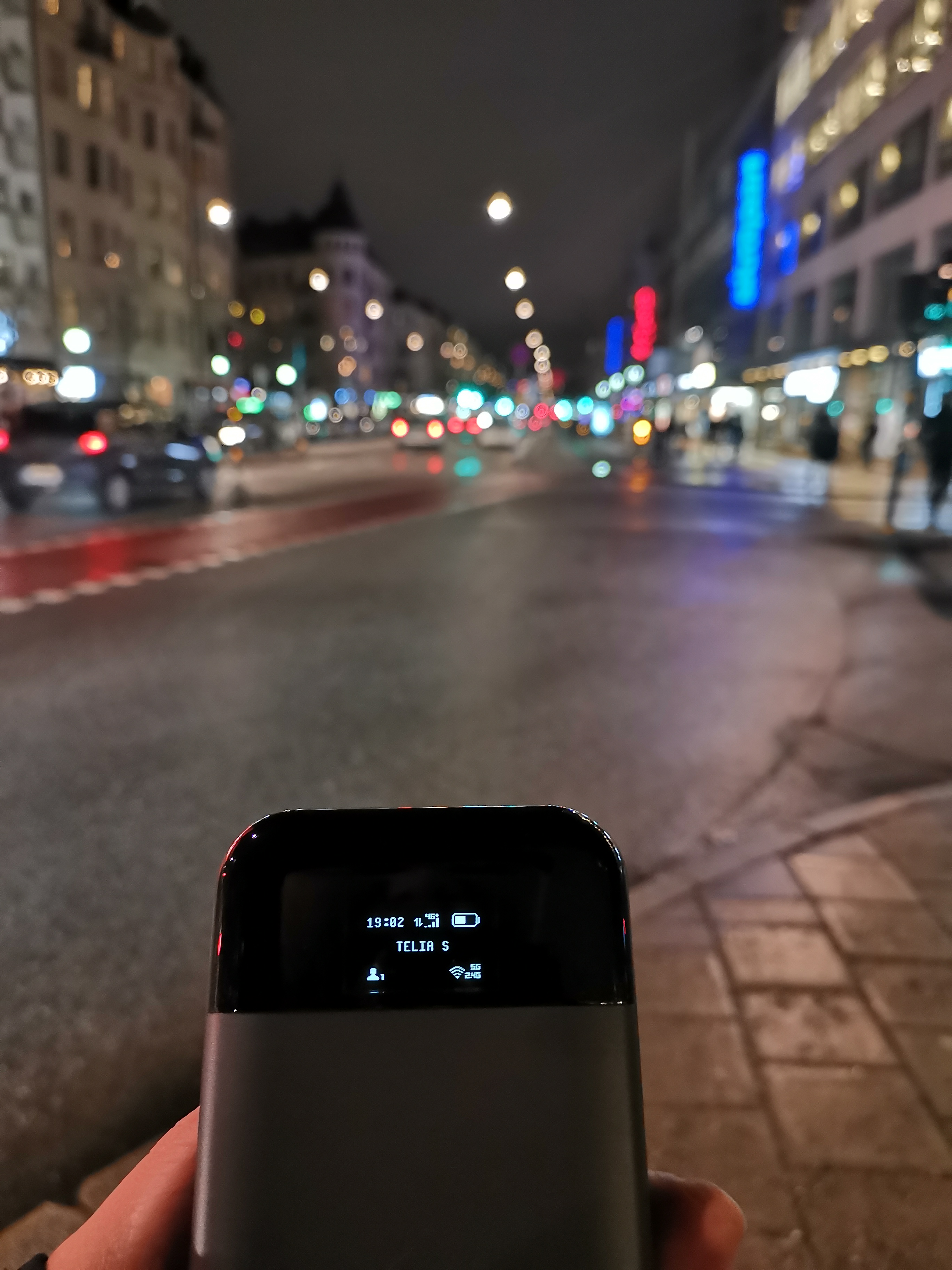 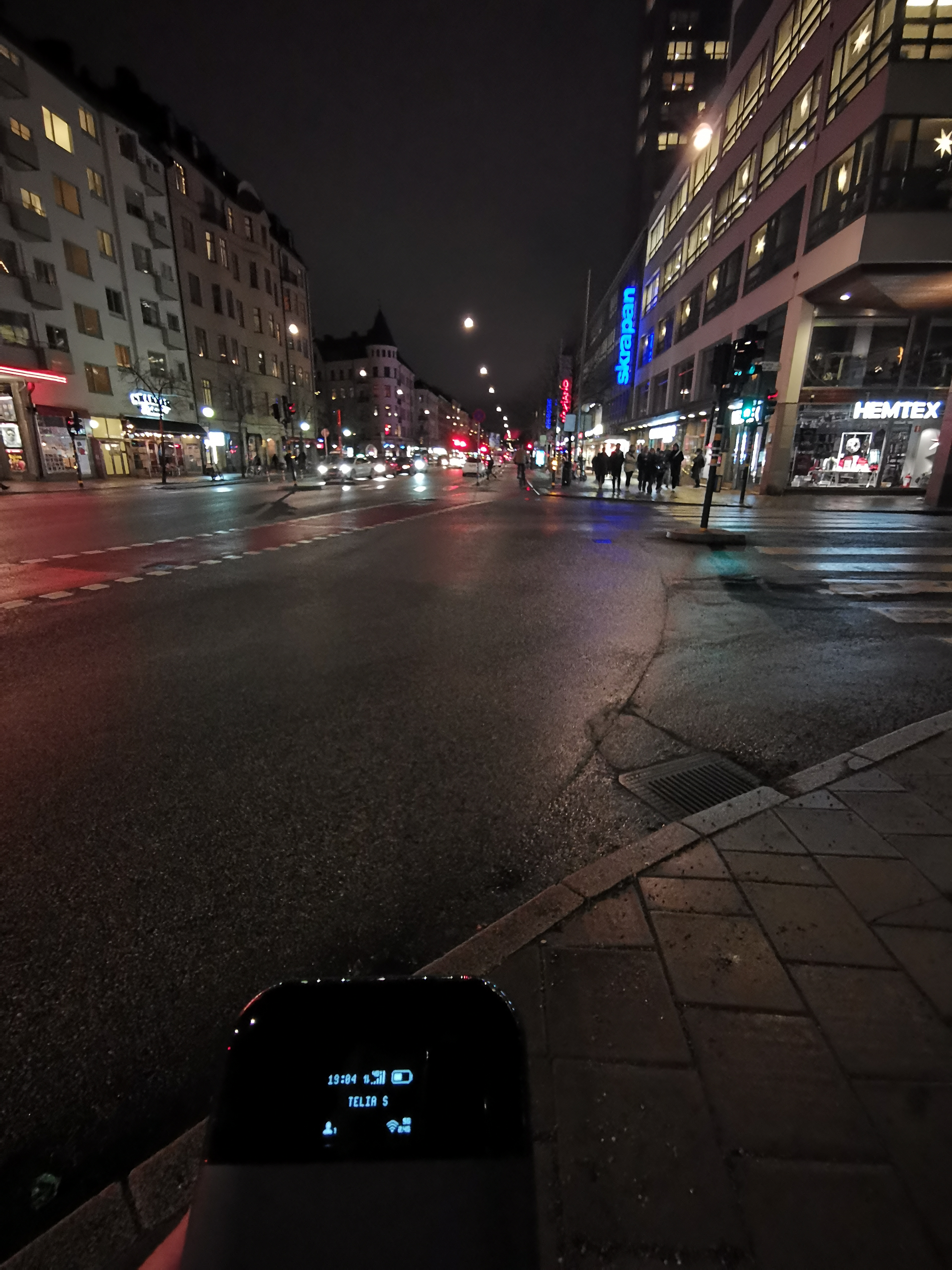 Some other kewl features with the display…

When you say update the firmware the display shows:

(paraphrasing as I didn’t actually write it down at the time).

Just keeps getting better… No more worrying about what’s happening on the unit. The little screen keeps you up to date. 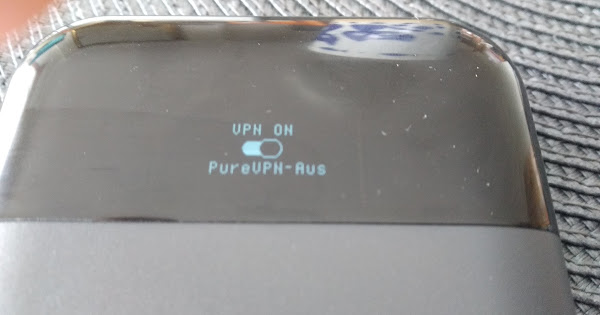 Nice to be able to see what VPN config you’re attached to. 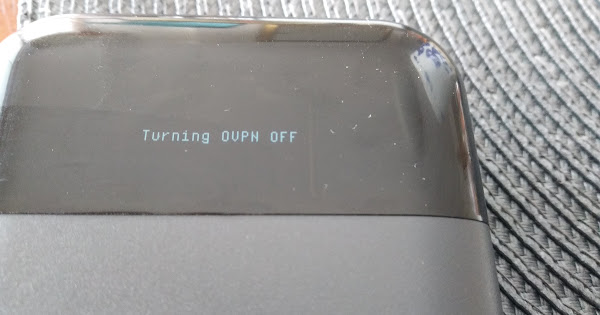 You can tell when turning on or off the VPN is actually complete.

Thanks @Johnex and @limbot for your nice review!!!

Ok, a trap for new users.

When you plug in USB-C power the unit turns itself on. This means if you have it charging and you unplug and throw it in your bag it’s active. If you don’t realize this and turn it off you’ll end up with a flat Mudi when you actually need it 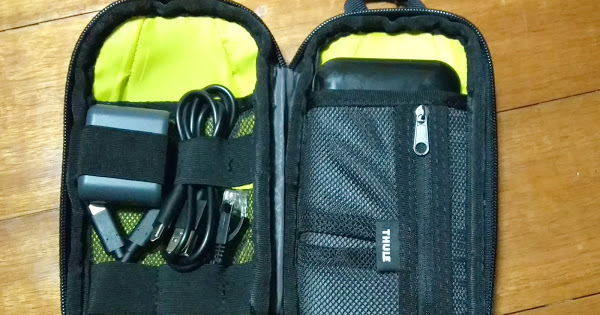 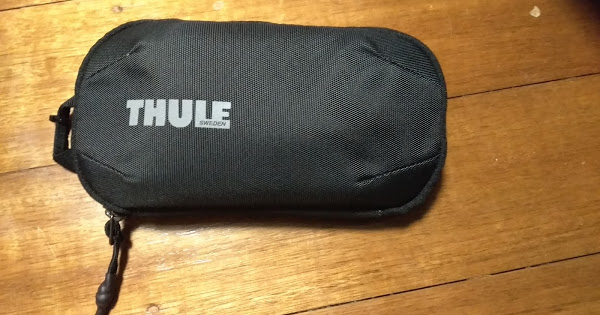 This is done by purpose. Smartphone are like this.

Do you think it should be just off?

or a PDA (Palm Pilot 100) that when it is turned off and plugged into the power turns itself on?

Normally if it’s off then it shows a battery charging indicator only.

Normally if I’m plugging in the Mudi it would be to charge it up only. As I say if youre not aware of this you may find the Mudi flat when you really want to use it.

Yes. Android phones only start up partially, into their battery charging mode. You need to hold the power button to power it on. I personally think the Mudi should also be turned off. It can show an indicator on the screen that it is charging, but not have the router features on at all.

Any idea if the usb supports drives over 2TB?
I currently use my GL-MIFI as a portable cloud drive but I am hoping the mudi may support more drives.
Thanks in advance.

personally, i don’t need the mudi to auto-on when i plug in the usb-c power, if i need it on, i can press the power button myself

I agree. Not to turn on automatically when plug-in power is better than auto-on. We can have the choice.

OK. We will release firmware upgrade which will let you choose.

Would that firmware upgrade and option also be possible for the GL-Mifi? It is not an urgent priority, but I do find myself turning off the unit every time I begin charging, like the users of the Mudi above.

Sorry MiFi is not programmable in the power part.

I am disappointed because I bought the GL-MiFi 4G Smart Router that was a waste of money 6 months ago. Now here is this device and I wonder if it is any better in terms of speed.

So pls specify. It is better that you just give you requirement of the numbers.