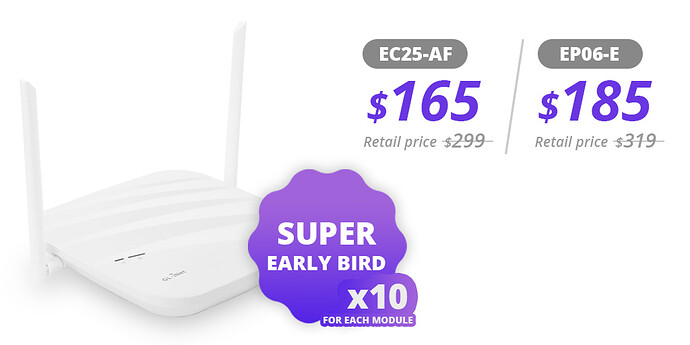 This is the perfect router for institutions or if you are in a rural area. It’s customizable with interchangeable components, pioneering 4G access point, and VPN protection. Its flexible installation options allow users to have it tucked out of sight, be it in a hospital or at home.

Some questions about the new product:

Processor is basically the same as the S1300 and B1300, so same performance as them. Here is a table of the differences in the processors:

I would stay away from new GL hardware. First they should sort out problems and support promised features with current hardware (i.e. S/B1300) and only then they should work on new hardware.

They promise Zigbee/BLE support on the new Cirrus, but they still haven’t really sorted it out on the Convexa models.
Mesh also doesn’t work as promised…
So for those of you considering this new shiney Cirrus model, please note that the hardware might be amazing, but the software will be buggy and lacking real support and some of the promised features.

I used to love GL.Inet routers, and have owned several successful models. But it seems they grew too fast, without employing enough manpower to support the software.
Newer models are amazing hardware but terrible software.
And the most annoying part is that if you cannot use “vanilla” Openwrt on these new QCA chips, because not all features are supported, and not all changes are merged back to the community.
GL.Inet blames QCA for using an outdated version of Openwrt (called QSDK), but I blame GL for taking a wrong decision in using these chips in new hardware. This kind of beats the idea of open source software… Using a proprietary version of Openwrt is just unacceptable.

Another thing, is that they claim these amazing Wifi speeds, but do not disclaim that its almost impossible to achieve these speeds with common client devices.
Not all mobile phone from past few years support real dual band AC wifi speeds. The same is for laptops, not to mention IP cameras and IOT devices which mainly use older Wifi protocols and only 2Ghz band.
So in theory, maybr these Access points support super speed wifi, in practice you won’t be able to use it and its a waste of money.
I think that they should at least state this somewhere in a clear manner.

We got an angry one here

Zigbee and BLE support exists for the x1300 models, but its more for programmers and people that can actually make a program for it, no polished UI just. It was never stated anywhere there would be either. Has been available for more than 1 year: 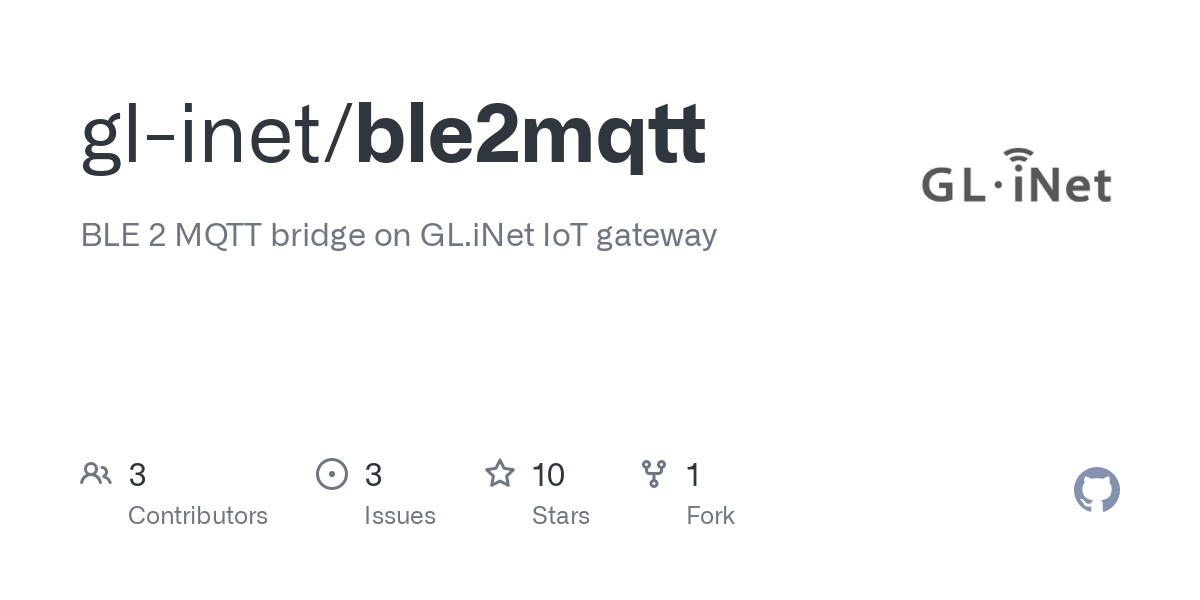 GL uses the Qualcomm chips because they are perfect for what GL makes mostly, travel routers. Qualcomm also makes more powerful chips, but those are stuck on QSDK. If you use any of their latest chips you are stuck on QSDK as well. Only chips from more than 6 years ago have open source counterparts. If you google for Broadcom and open source… surprise! they are much worse

They don’t even bother to post their code that is bound by the GPL license until years later, after a lot of outrage. Other chip sets like Marvell are great for power but not wifi, that is why the MV1000 has no wifi built in.

You also need to think about power requirements.

All router manufacturers post the same type of specs for routers, usually theoretical and not dependent on the environment where the router is placed. They are lab tests.

As with all things the end user should do some research, figure out what is best for them in terms of specs. You don’t get Wifi 6 on a router with 10 antennas and 2km range if you have a phone from 10 years ago, its mostly common sense.

Another thing, is that they claim these amazing Wifi speeds, but do not disclaim that its almost impossible to achieve these speeds with common client devices.

I cannot agree with you sir. WiFi speed is what it is on the wifi specs. It is what every vendor should write as is. Of course it does not mean you can achieve this speed in reality which is very complicated.

You proved my point in a way, about Zigbee.
There is some false advertising about these features. They demand low level knowledge, and are not really for consumers. Is there anything about that in the advertising, no!

In the same way they could have let you configure the wifi module yourself using only low level commands, but advertise that this is a wifi router. Would that be acceptable, no!

As you stated, we have been waiting for more than a year for proper Zigbee support, a simple UI or even a simpler command line and not that complicated tool they give.
Firmware updates for the S1300 have been pretty slow to release. Even testing versions aren’t solving many of the problems we mention here in the forum.
Guest wifi is also limited only for Router mode, in all other modes it gets cancelled for some unknown reason (i.e. mesh mode, or access point mode).

Yes I’m angry but for good reason!
I bought two S1300 in order to do Mesh and Zigbee, just like they claim, but both features are useless or not working properly.
For the same money I could have bought something else that actually works !
This forum isn’t alot of help either.
I have posted problems here, with little to no replies. The replies I get are somewhat laconic and shallow.

See my post history and you will see what I mean.

Should I give more examples or did I make my point ?
If I were the only one with problems, then I would shut up. But I’m not the only one. Very few people here have been able to get Mesh mode to work, and usually with older firmware.
Newer firmware breaks stuff, including Mesh.

Which functionality does the advertised function Watchdog offer ?

When router system hang, the watchdog will reboot the router.

I got the Cirrus today. Reinstalled the latest firmware and set it up with Mullvad Wireguard.
What disconcernes me are the WiFi speeds.
Next to the Cirrus I get 50-55MB with Wireguard. Only 7meters away through a wall, the speed is down to 2-3MB.
This is on the 2.4GHz band. Tested with an iPhone.

These speeds are no better than with my Slate750s. I hoped for improved speeds and range. But in my case it just cost much more, is not portable (big and heavy) and delivers less speed …

Will this improve with firmware updates? I hope so, but I‘m afraid not.

You can use 5G WiFi? Cannot you?

Yes, I tried 5ghz too.
But 5ghz is even harder to acces, when the signal passes through obstacles like walls, than 2.4ghz. On 5ghz in the same setting I lose Wifi connection repeatedly, or 5ghz Wifi SSID is not seen at all.

I have AR750S and Cirrus in my house. The signal of Cirrus is much better. This is also what it is designed on hardware specs. Can you try a different channel to see if signal is better?

I had it set to “auto-channel” expecting this would reguate itself.

If the signal is too weak, it may means that the antenna fell off. Can you pls contact our customer service to exchange one? cs at gl-inet.com