Where does your .img file come from?
GUI cannot upgrade .img
You can refer to this link to re-update your firmware。

The image file came from glinet in the testing section - as suggested by the new mobile app. I tried the unbrick directions several times as noted. The GUI did display messages indicating it was upgrading via img file. It did reject the tar file as incorrect format.

I guess no one has tried to upgrade the AR300M to support the new GL.iNet phone app described on the companies web site. The Updated GL.iNet App Is Ready! - GL.iNet.

I am returning the box and willing to check for a month or so to see if an ‘official’ release for this support ever comes out. Or until I find another solution.

I tried to upgrade img directly in the system GUI, the system prompted me to check failed. 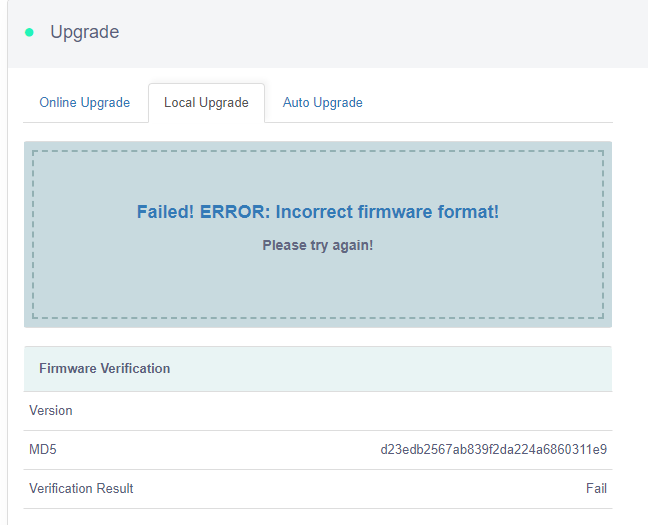 So, you’re upgrading the firmware in uboot, right?
Prior to this, we found a bug in the AR300M UBOOT, you can try to unzip and upgrade the attached UBOOT.
AR300M fault solution.zip (426.5 KB)