So I’ve finally got hold of a couple of Velica B2200s, so here’s a quick “review”. It will be in stages as I start to play with it properly, and today’s post will just be primarily about the physical side. In reality the closest product in the range is the B1300 so it’ll be a comparison against this unit. That being said, the one thing to note here is that the OpenWRT is still based on 15.x because it’s still based on Qualcomms SDK and maximising Qualcomm functionality such as WiFi SON (refer to this thread for discussion around this) 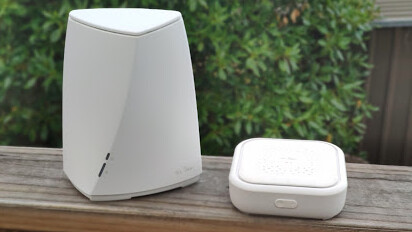 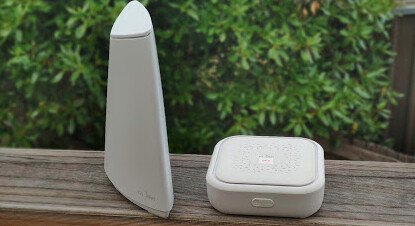 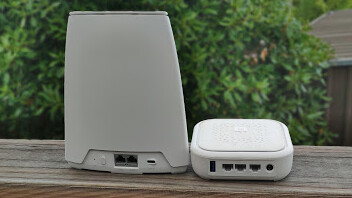 The Velica is very different size and shape to the B1300. One thing to keep in mind with the different shape is it doesn’t appear that it will be easy to wall or ceiling mount the B2200. Note the multiswitch on the front of the B1300. This is the way you physically setup a mesh. It’s always been poorly documented and a bit “iffy” at times. The new B2200 makes use of a new app which I’ve played with and will cover later.

The other thing I’ve always like is the small, not too bright, subtle lights on the B1300. The B2200 replaces this with two larger LEDs on the front. Again not a deal breaker but I know it may be a concern for some people . 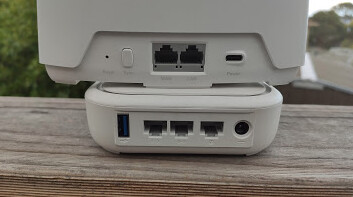 Bit of a difference in ports as well.

It’s nice to have USB-C on the B2200 as it will be easier to find a more common replacement/testing AC adpter if you need it rather than finding an adapter with the right barrel connector and voltage.

For me, up to 2 LAN ports on the B2200 isn’t a problem as 99% of my devices are WiFi connected and I can always use a small switch if I need.

The lack of a USB port is more of a callout though. I use the USB port on my B1300 to run a USB media stick to share across my network, and if my wired ethernet goes down (very rarely), then I tether my smartphone temporarily. Something to keep in mind.

So in summary things to consider when looking at these two models from a physical and functional point of view are:

I still don’t have Velica

EU version is currently delayed " -For European Version , we are now conducting a separate firmware optimization test and upgrading it for the European DFS channel. We’ll release it once it’s available to order."

Maybe that’s it? (Though I really don’t want Australia to be included as part of the US

Yeah that is the reason

Ok, Part II of this.

I’m not really an app sort of guy but I will say the new app makes mesh setup so much easier. I’ will post app pictures soon but…

Couple of neat things in the web interface for the B2200 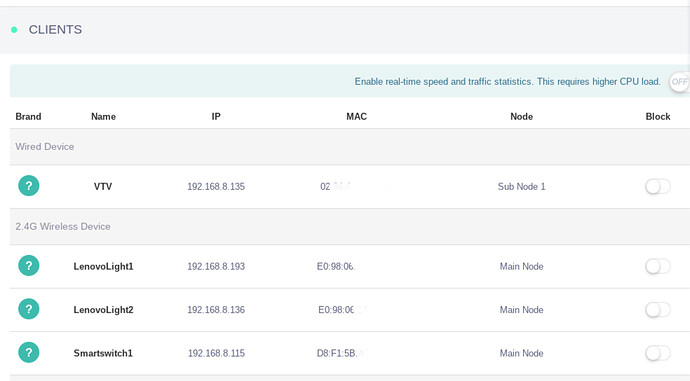 It shows what node your devices are attached to (Clients Tab) 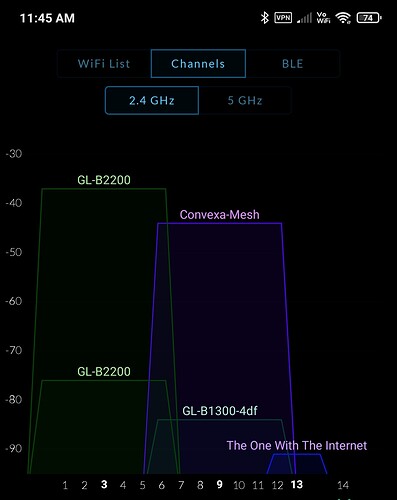 Hokay been a bit busy, but here’s a quick review of the app.
Unlike the B1300 and S1300, gone is the press the button, put your tongue in a particular position, cross your fingers and hope
.

It’s all setup via the app now via Bluetooth.

Adding a node is just as easy, by clicking on the + button and it autodetects and sets up your mesh.

Nice visual when your mesh isn’t performing properly. You can see the number of clients attached to master and slave nodes.

All up a much better solution to mesh setup and management. 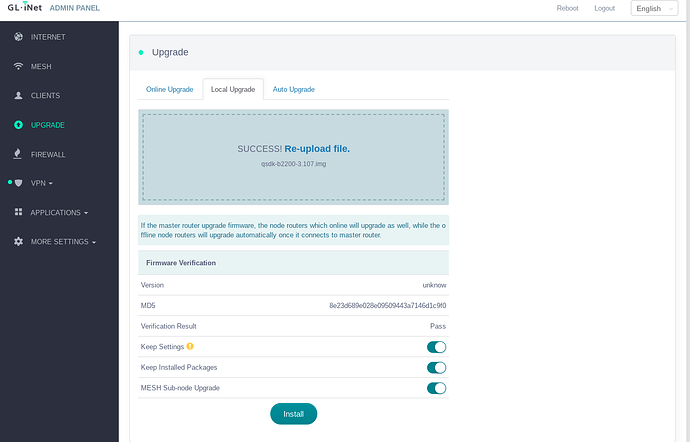 "The other thing I’ve always like is the small, not too bright, subtle lights on the B1300. The B2200 replaces this with two larger LEDs on the front. "

Forgot to mention, these can be turned off in the app if the lights are annoying you.

I just received two B2200 units for testing. I can’t seem to get the GLinet app to connect to either of these units. I noticed it uses Bluetooth for the phone app, I only see one bluetooth device when I scan for bluetooth, meaning only one of the B2200 will broadcast it’s bluetooth. I tried scanning with another bluetooth device(microsoft surface), but it also doesn’t see the bluetooth. I can successfully pair the bluetooth on the one device, however in the GLinet app, when it searches for the devices, it fails with “Failed to find device” I’m running Samsung S9. I like the idea of the phone app, but still wish I could enable mesh without having an app to rely on. I tried the sync button, but it doesn’t seem to mesh with that button.

@uprise Mmmmm I turned on one unit and found and setup via the app and then turned on the node and worked that way rather than having them all on at once intially. Don’t know if that helps. Note they don’t appear to advertise their bluetooth prescense like “normal” bluetooth devices.

Yes I’m a manual sort of guy too, and I still tend to use the web interace rather than the app. The B2200 is still in development and the sync button isn’t setup yet but is being worked on.

Got it sorted, turns out it needs location services enabled. Turned that on and it’s good to go. Good to know they are adding the mesh/button sync. The wifi seems a big improvement over the B1300 from what I can tell so far. Thanks

Has anyone succeeded in creating a mesh network using a B2200 as main node and a B1300 as sub node?

An update please re the EU DFS firmware…… I had read that GL.inet did not support DFS channels. So is the Velica now currently on sale in the UK, fully DFS channel supportive please?