Pasting in a Wireguard client .conf

These are valid, working profiles that are fine in Android, Linux, Windows, MacOS wg client.

Example config with documentation prefixes just for testing. Remove the IPv6 addresses to test the MTU issue I have described: 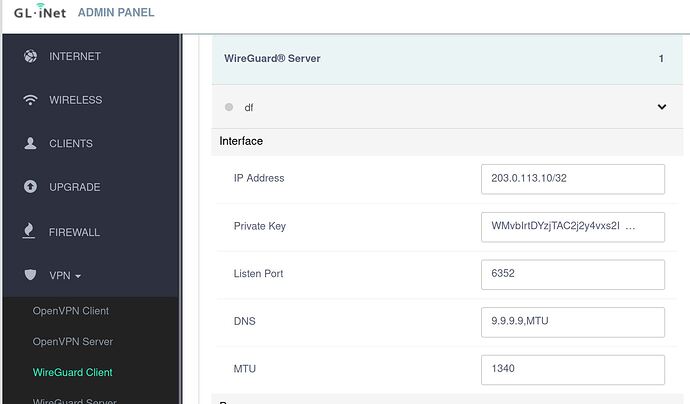 It is a bug in resolving the config file. We will fix later.

Now can you change your config and put IPV4 info before IPV6?