So I’ve been playing around with a couple of B1300’s in mesh mode and also with Goodcloud. (Assuming the same probably holds for the S1300 as well). 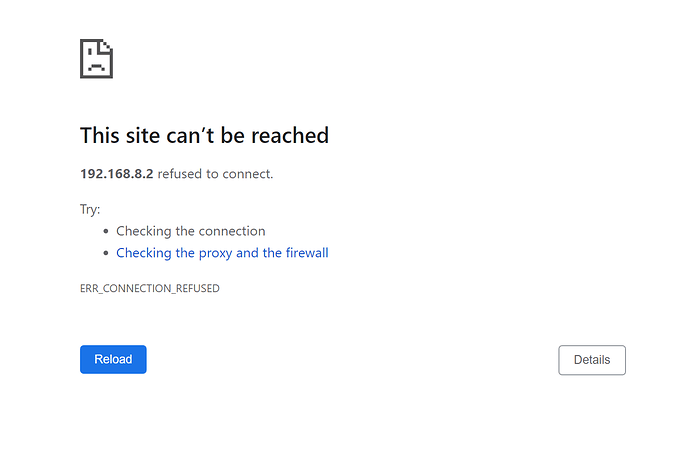 Slave node - SSH/WinSCP
You can SSH or WinSCP to the slave node at 192.168.8.2.
Login is root and the password is the same password as your master node.

Web access after enabling the web server
After you have enabled the web server. If you just go to the default address (192.168.8.2) and you try typing in the master node password this is what you get. Not the most explanatory error message out there sadly

I’ve been advised by Gl-iNet that this is expected response. 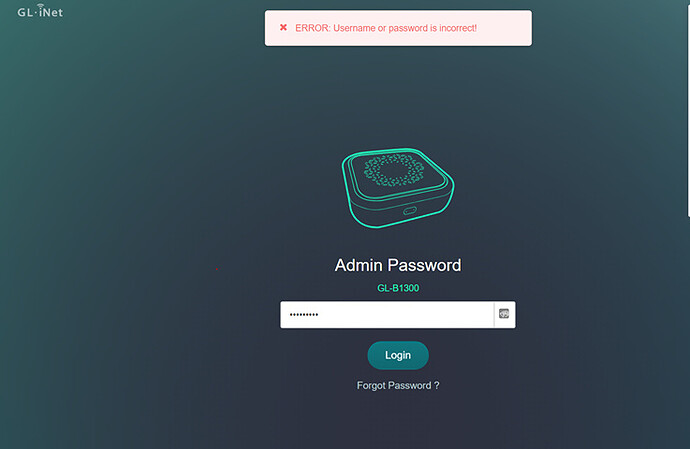 However if you type 192.168.8.2/cgi-bin/luci then you’ll get the standard Luci interface, User root, master node password. 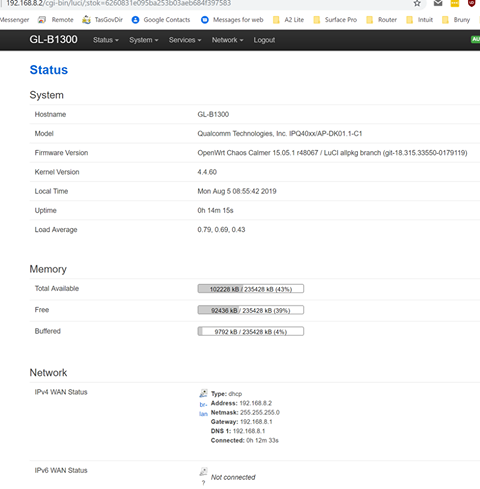 Why to I need to access the slave node?
Now you may ask why I need web interface access to the slave node (yes I could use SSH but…

Upgrade firmware
If I just use with the released firmware I’ve been advised that as a new released firmware is available, both nodes will automatically upgrade.
I am however using the “testing” firmware and have to manually upgrade both units. On the master node I can do via the GL.iNet web interface and I can do this using the Luci interface on the slave node; there’s no way to do on from the inaccessible Gl.inet interface.

Since this is really all I should need to do on the slave node (I like to keep both nodes at the same level of firmware) this isn’t a big problem as there’s a “work around”.

Enable “Remote access” to connect to Goodcloud
After I’ve meshed the slave node, because I can’t get to the GL.Inet web interface I cannot enable the remote access components easily (applications->remote->access)
If you want to use Goodcloud with a slave mesh node, you need to enable the remote access part on the node and register the device in Goodcloud BEFORE you set up the slave node otherwise there’s no easy way (I’m sure there’s a manual way) of doing.

I’m sure all this can be done using SSH and command line instructions, but a web interface is easier for a beginner like me

Hope this helps someone out there…somewhere…some time…

@hansome Please check it out.

Do you need the feature to upgrade testing firmware on GoodCloud ?

@Leo you can’t upgrade routers to testing software over Goodcloud. There is no ability to load a local firmware.

I’m only playing with my Gl.iNet stuff for fun (and helping find weird things

) . I guess loading a local firmware file would be useful however I’m assuming that if we do an upgrade at the moment using the current system then each router downloads it’s own local copy of the firmware and updates and upgrades. All we’re doing is initiating the local firmware upgrade (download and install).

Where the current Goodcloud update would be useful is if you don’t want your routers to auto update and be out of sync in terms of firmware revision. Turn auto upgrade off on all routers and then manually bulk update your routers to the latest release firmware at the same time.