Taking a quick look at the spec here:
http://www.quectel.com/UploadFile/Product/Quectel_EP06_LTE-A_Specification_V1.2_.pdf

I see it uses UMI as the other Quectel modules, and usb3, so i would think it will work fine, but not 100%. I have not seen anyone else using it.

Worst case it would require just a few changes to config files in OpenWrt.

I tried Quectels some time ago because of low price. No success, at least on another MT7620-based device, running openwrt. May be, now the drivers are better, but for a single router usage of Huawei, for example, saves some headache. Not money, though

I run the Quectel EC25 in QMI mode with no issues on the Mifi every day. It has the same interface as the EP06, that is why i think it will work without issues.

Is it iot version module. For all modules needs to add driver support. But should be simple as quctel give the source code.

@luochongjun may have a check.

I dropped an EP-06A into one of my MiFis, and it worked without any further modifications.

Completely drop in. I assume it uses the same drivers as an EC25A.

I can get ~80Mbps down and 40Mbps up on an uncongested tower with Carrier Aggregation. I think we’re approaching the limit of the CPU/ethernet interface.

Now if only I could lock the bands in the GUI. Hint hint.

Write your feature request here and i add it:

Archive Only. For new Feature requests, please post them in the bug tracker here: https://bugs.gl-inet.com/ 1. Let the user select 4 DNS options: #Johnex Default DNS (no DNS change, use default from ISP) Global DNS Change (overrides the DNS for all connections, VPN and without, as it is now) Alternate DNS For VPN (the user can have their own DNS only while VPN is on. They can then pick Cloudflare or Google or any other they like, also used as fallback from option 4 if set) DNS from VPN …

80Mbps got from the MiFi? I never saw such a high speed. How did you do that?

Regarding the ep06-a module. I aquired one with no documentation. The antenna connectors are labeled; M1, D2/G, D1 and an unpoplated M2 pad. Which two do I use for LTE/WCDMA?

Also anyone have a copy of the AT commands documentation for this module. 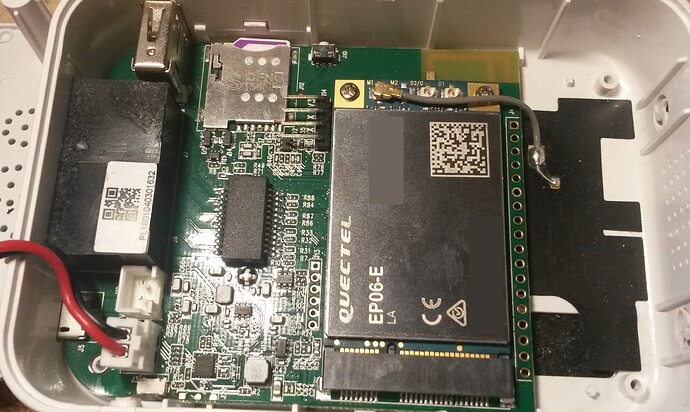 For the commands, i haven’t gotten them from Quectel, but you can register and get the PDF here:

We are a global IoT solutions provider: we supply IoT modules, antennas and connectivity to build a smarter world

@lucidtek just want to know your location? For example city, carrier. You can pm me this info.

Just want to know the speed of different locations.

I’m outside of Washington, D.C. All of my testing is on AT&T for the most part. T-Mobile hasn’t enabled carrier aggregation on too many towers. I did get +80Mbps down on T-Mobile earlier this week with the EP-06A in a MIFI. That’s the fastest I’ve seen T-Mobile in this area so far.

Nice! Thanks very much!