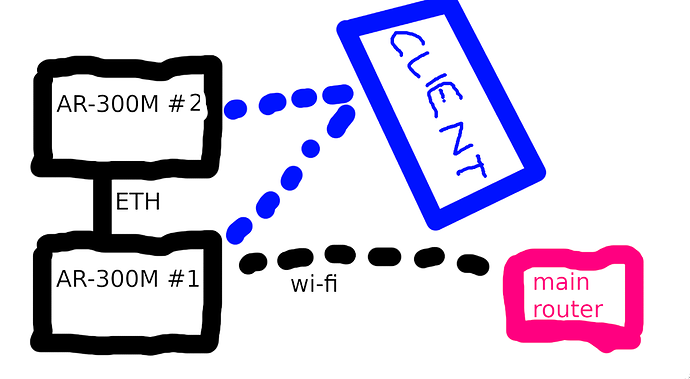 Until yesterday I used a single AR-300M unit (AR-300M #1 in the diagram) to connect via wifi to a router in another remote location and create my own network locally.
I complained about speed issues here: GL-AR300M very slow repeater - #8 by limbot

I was told that since the AR-300M was used either to communicate via wifi with the uplink AND to the clients, I obviously had slowdowns.
I thus just bought a SECOND AR-300M. I wanted one AR-300M to connect to the uplink, be connected to the second AR-300M via Ethernet, and then use the second one as the home router. This way I should have one AR-300M taking care via wi-fi of the uplink only, and the other one of the client home network.
I took advantage of this to also use a different wifi channel. 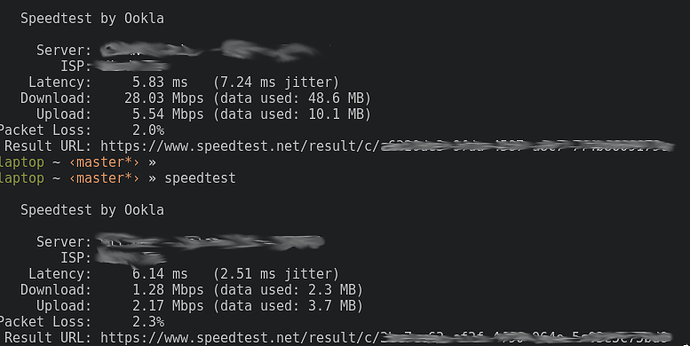 I opened a similar issue a few days ago but I was using a raspberry pi in place as the middle router in place of another AR-300M and I thought the issue was with it. Now it’s an identical router so I really think there must be a bug somewhere. Both routers are running version 3.105 of the firmware. Thanks!

Maybe I don’t quite understand the task correctly, but this graphic below is more efficient in terms of speed. I’m not sure about the behavior of AR-300M#2 so I removed it from network.
I have ordered an AR300M so the issue of speed is relevant for me too. 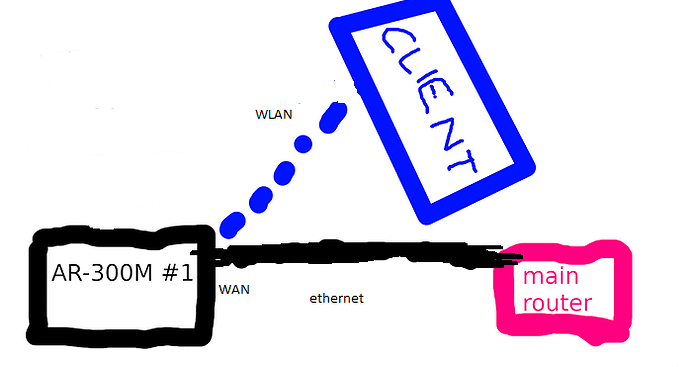 Hi,
actually i didn’t really understand about the problem. When reading the linked threat, there’s explained not to use single band router to connect to main router via wifi AND use wifi for clients, because it’ll reduce the possible wifi-speed.

So i thougt you want to use one AR300M for connect WAN via wifi to main-router and 2nd AR300M to connect the client('s) via wifi. Seperate the two wifi ways to arrive best performance, rite?

Actually i thought the AR300M and also MT300N (which i own) are made for mobile usage to get possibilities not speed. I’ve bought it for hotel-usage with captive portal + WG-VPN to home.

To your post GL-AR300M very slow repeater
I don’t know test’s details, but I have a microuter N300 with more slower hardware, it is far away from the main router. My speed dropped not dramatically as your’s. If the main router shows 30Mbit/s, the microuter as repeater shows 22-27 Mbit/s. It depends.

Thanks. Unfortunately I can’t connect to the router in pink via ethernet being that on a separate building.

This is a paradox. I ended up returning one unit, but really this must be a massive bug!