Hi
I had to reset my firmware on my gl.iNet-Router (Convexa-S, Brume, …). After resetting the firmware, and re-installing Mullvad as Wireguard-Client via the gl.iNet-Interface, I click “setup” … setup starts, and after ~10sec it fails saying "

“parameter already exists”.
When I reload the settings-page, I can see, that the system has started entering configurations, but not all of them and failed to create all existing configurations (all servers mullvad offers).

I guess it’s the same issue as:

This is a returning issue … UI timeout …
And the configuration does not finish, if I “just wait” after the timeout … it does not ven istall 2/3 of all configurations … Is there no fix for this? This problem has been around for quite a while now.

Thanks for your help

Have you checked your Mullvad account to see how many key pairs you have?

You can have max 5 key pairs. You need to remove old key pairs if you want to configure again which will add new key pairs.

@alzhao
Sure. I always keep track of the number of allowed keys.
The issue is not too many keys being used.
The issue is the GUI-timeout.

I remember this issue and the promise, that a new firmware will fix that.
Now the problem is back again …

Can you use the smartphone app to add Mullvad for now?

@alzhao
How would you do that with a Brume, that does not have WiFi?

Will there be a firmware release to fix this problem?

How would you do that with a Brume, that does not have WiFi?

Mullvad configs via interface are only loaded partially (not all), when using the UI-settings.
… Only manual config possible (but that‘s not what is wanted)

Mullvad configs via interface are only loaded partially (not all), when using the UI-settings.

HI @alzhao
Still is not fixed … still v211
I had to reinstall ar750s, and it loads a bit, then fails.
It only loads configs until a _beta …? 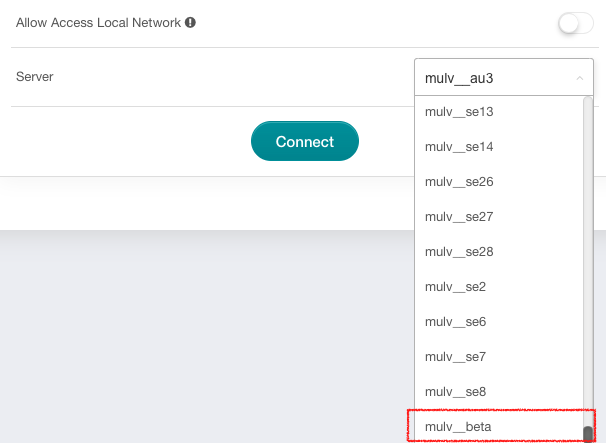 It pull all the server from Mullvad around 1 minute.