I just kinda threw this together. You have to use the console, that is enter the service with “docker exec” to be able to run the script. But everything should be good to go.

N.B.: You should pass to the script the country and city for the vpn.

You can get a list of cities by running

Then start the script and pass in a country.

This will generate a .conf file for each city that has an entry for the passed in country. Look into the mapped conffiles/country directory. You can then use each conf file to create a WireGuard client on your gl-inet device.

I added another script and rebuilt the image.

This will take each file’s endpoint and verify its actual location using the internet. No more bad files.

Anyone care to test this out? Use the docker-compose template to put in your credentials, and you can have WG conf files for every server region in a country in less than a minute. You have to copy and paste those into the UI, but I did all 16 US regions in less than 10 minutes.

Thanks for your sharing. Hope it helps people.

I always avoided NordVPN because their WireGuard configurations were not downloadable, so this may be a reason to consider them in the future.

Ok, I’d love to test this… however I have zero experience with Docker… I am in IT… All I have is a Widows system to work with…

Please give me a step by step (for idiots) to create a config for my NordVPN.

Seriously, learn docker. It’s fairly simple. Download and install VirtualBox and create an Ubuntu (20.04) virtual machine. Then figure out how to install Docker (and docker-compose). Tons of guides out there. Then install a simple container. Follow,a tutorial.

After that, follow my guide which has a working docker-compose sample.

Alrighty then… So I just smoked a bowl and started this…

Downloaded and installed Virtual Box, Still Downloading Ubuntu ISO, set up account for Docker and can see your stuff.

Once I fire up Ubuntu I will get the Script going… Thanks for the kick in the ass.

Ok, all set. VB, Ubuntu, Docker and Docker Compose all installed. Easy peasy… I screwed up and only gave my vm 10gb disk. Ran out of space and tried to edit the file. It hosed my VM. I built another from scratch with a 20gb and then cloned it after I updated it and installed Docker.

However, Stuck at creating a simple container… 10 different sites 100 different ways…Is this just as simple as a MKDIR? 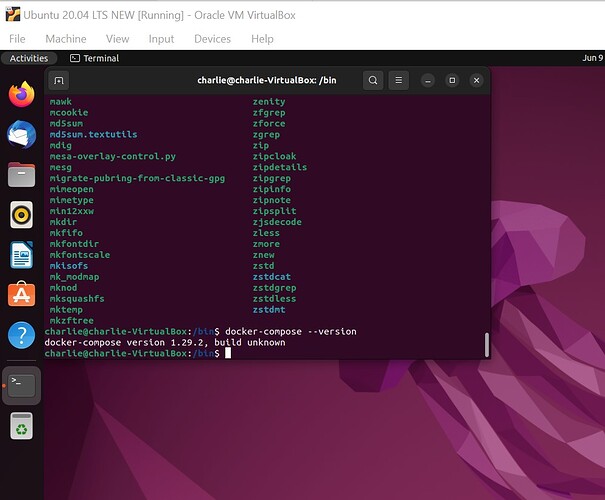 I did a trial with your Docker image… very interesting and congratulations for it.
When going through first to credentials, I noticed I couldn’t go further due to MFA activated on my account, so registration to nordVPN failed.

So, it looks like MFA option is missing in setup

Anyway, thank you so far