PoE requirement for Convexa B-1300

I’ve been looking about for the PoE (power over ethernet) options for the Convexa B-1300. But there doesn’t seem to be much information about it. Any information would help.

I already have four B-1300 devices. I would like to power a few of these devices with PoE.

I can see from a number of posts that:

I can see from the technical specifications that the unit is listed as consuming less than 7W.

I am thinking of using a PoE injector/splitter to power the convexa (without needing the PoE module)? Say a splitter like this. I assume this is fine.

Is standard PoE fine for the B1300? Rather than needing PoE+? As tech specs list the unit as only needing <= 7W? (In case I buy a switch with PoE support)

I bought this some time ago (made in China) and it was able to power a 1Gbps switch, but Ethernet was only at 100Mbps: 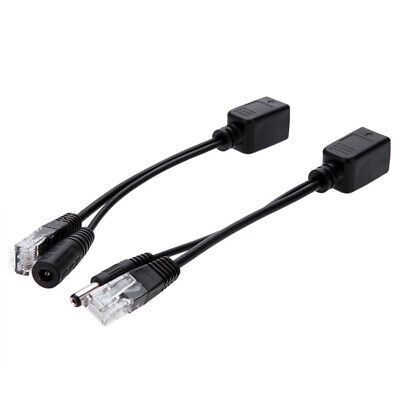 Thanks @wcs2228 yeah I will probably end up buying something like that.

I was informed by Gl-inet sales via email that they do not have any PoE modules or models available for the B1300 due to ‘chip shortages’ for the PoE chip. Which is disappointing.

I was able to find [OpenWrt Wiki] GL.iNet GL-B1300 that the POE module would apparently support 802.3at - if I could get my hands on the module.

I think this might be a picture of the PoE module which I found in the FCC listing in a photos document. The FCC holds the schematics of the board but they are marked as permanently confidential which makes sense.

It would be nice if Gl-inet published this sort of information rather than relying on third-party sites like OpenWrt, the FCC, or Wikicat to some of the hardware information for the B1300. Oh well.

Those modules are available online if you Google for “poe module” and are not too expensive, but I do not know if they are in stock. They come in different voltages and I think the GL-B1300 is 12V. You also need a PoE injector or a PoE switch for power supply.

The AliExpress device is labelled DP9700-5V POE module, but the description states 12V ??