Proposal for next glinet travel router and MiFi router hardware

I think you’re going off the wrong angle here, @Henry_Bruns.

First of all, the CPU does matter. First of all, even the latest GL-AR750S uses a QCA9531, which has its own limitations (e.g. it doesn’t support DDR4 RAM, and I highly doubt the WiFi 6 throughput would be great). Qualcomm does have dedicated SoCs for WiFi6 applications, even ones that support DDR4: for example, the Networking Pro 1610 Platform, which, based on the specs, would be the perfect candidate for the next line of high-end routers, with the travel routers getting probably the lower end of this spectrum (say, the 610 or 810).

Also don’t forget that WiFi 6 will require at least 3 antennas (but rather, 6, to provide 2x2 MU-MIMO and be able to act as a repeater without major setbacks), which will increase power draw and heat as well.

For flash, 16MB SPI NOR flash is perfect. You don’t want to go bigger, as NOR flash is expensive (but secure, no sudden bad erase blocks). Then you can pair that with a larger NAND flash (like the MUDI does), and make the OverlayFS of OpenWRT out of that (read-only kernel and root file system reside in NOR flash, user configuration, including installed packages, reside in NAND).

For LAN, I’d go with 3x 1Gbps ports - 2.5Gbps is still quite expensive, and not a lot of uplink routers support it. Especially not while travelling, you’re lucky to get 50Mbps in a hotel, let alone 1Gbps; making 2.5Gbps a bit useless for a travel router.

For Wifi… you’re looking at a RECEIVER card. That’s why it’s so cheap. The 200AX (and its brothers) are fine for a device that is receiving a single connection from a router uplink, but is terrible for any sort of access point usage. You’ll get some massive issues the moment you have more than 3 devices connected to it. Consumer grade wireless cards meant for clients are NOT good substitutions for this type of hardware.

I agree on the WWAN card, however it adds further complexity and possible incompatibility issues. Because of that, I’d rather see more USB ports on the device (say, two USB-A 3.0/3.1/3.2, alongside with a USB-C power port similar to the MUDI, but also allowing proper USB connection over it). Maybe even a recessed USB port behind a door, so that a 3G/4G dongle can be plugged in and hidden without it sticking out?

Overall, designing a new router is not as easy as slapping together a list of wants. It will take time and effort, and if you really want all those features, well, it will cost.

For WiFi6 are 2 antennas are completely sufficient. As an example you can see the datasheet of an Inteal AX200 card. I have some of these in use. And yes, these are WiFi6 cards, cost around 12€ and are designed for two antennas. You could even use them with only one antenna and still have a much better channel handling with busy WiFi networks, protected management frames, WPA3 and also a higher speed because of the higher encoding. By how many peoples are the travelrouter used ? By one, two, 32 ? Does a two antennas WiFi6 card have a problem with 32 user at the same time ? No.

The developers at GL will certainly find a solution that will appeal to the buyers and thus satisfy the shareholders.

An alternative to an exclusively in-house development is to outsource parts of the required development or to order OEM routers and label them as gl.

Yeah and if you go to anything more powerful than the current processors that GL uses, you are locked into the Qualcomm SDK, and also insane heat and power issues. If you look at internal photos of for example the MV1000, you will see it has a big metal heatsink. Same goes for other more powerful GL routers. This means they are not good processors for portable routers. For fixed home routers sure, but they will be bigger. To get the full performance of Wifi6 you need multiple antennas. Just look at a Wifi6 router from Asus for example, they all look like spiders and are massive.

To get the full performance of Wifi6 you need multiple antennas.

Not useing WiFi6 is a security risk.

You don’t understand that that card is a client, and not a host, do you?

Clients communicate with one AP, making the AX200/201 efficient for client communications. In fact the AX200 series does not even support WiFi 6E (the 6GHz bands now available for WiFi) - that’s why it only has two antennae only (one for 2.4 and one for 5GHz).

On the other hand, APs need to communicate with 2-128 clients simultaneously. Client interfaces, such as the AX200, are not designed for this, and would perform really poorly in this scenario. Yes, they can host (pretty much all desktop OS has a built in way of “sharing” WiFi, though the performance is not that good, and I believe the maximum client number is 8, at least in Windows), but it’s not a good experience, and certainly not something you’d want in a commercial product advertised as a router.

By how many peoples are the travelrouter used ?

Depends. In my case, it would connect my laptop, two phones, tablet, camera, and a bunch of other portable IoT devices I have on me.

Does a two antennas WiFi6 card have a problem with 32 user at the same time ? No.

Again, depends on the card, if it’s meant for routing purposes (optimised for multiple client), or for receiving purposes (optimised for establishing a single, high bandwidth connection). It’s not just about the number of antennae, but how they’re used. For example, for a WiFi router to be able to act as a repeater (receive WiFi signal as well as broadcast it) with proper performance, you’d either need two separate radios (one for receiving, one for broadcasting), or a radio that can establish this receive-broadcast pattern over multiple antennas (so there’s no drop in performance). You can do a repeater with a single antenna and radio, but it will (at least) halve the bandwidth, as it will be receiving the signal 50% of the time, and broadcast in the other 50%.

You could even use them with only one antenna and still have a much better channel handling with busy WiFi networks, protected management frames, WPA3 and also a higher speed because of the higher encoding.

That’s not true. The AX200 uses two antennae for the two separate bands - 2.4GHz and 5GHz. By removing one of them, you’re practically limiting yourself to a single band (not entirely true, since the antenna connector itself is able to act as a VERY LOW performance antenna, so you’d still get some signal, but it would be

An alternative to an exclusively in-house development is to outsource parts of the required development or to order OEM routers and label them as gl.

I doubt GL will ever go this way. By my understanding, the team wants to provide the best user experience (which is why the products are priced higher than other similar products, but also work considerably better), and by outsourcing hardware development, they lose the hands-on required for their goal.

Yeah and if you go to anything more powerful than the current processors that GL uses, you are locked into the Qualcomm SDK, and also insane heat and power issues. If you look at internal photos of for example the MV1000, you will see it has a big metal heatsink. Same goes for other more powerful GL routers. This means they are not good processors for portable routers. For fixed home routers sure, but they will be bigger. To get the full performance of Wifi6 you need multiple antennas. Just look at a Wifi6 router from Asus for example, they all look like spiders and are massive.

I’m aware of this, sadly. So far, all the WiFi6 cards are either very low performance, or eat a lot of resources, and managing the bandwidth provided by WiFi6 also requires beefier hardware (which is why all Qualcomm SoC for WiFi6 is so heavy on power, and run on 4x Cortex-A53 cores).

Would Mediatek be an option? I’m aware that you’ve moved away from their platform in favour of Qualcomm Atheros, however I see no other low(ish) power options that would be good for a battery operated travel router.

Not useing WiFi6 is a security risk.

This is bullshit. WiFi6 itself brings no security improvements at all, and the fact that most WiFi6 chips and cards have WPA3 support is not causation, just correlation (new product, new standard, of course manufacturers will put the next big thing in their new products…).

I’m stopping here for now. It’s a pity. Gl has a nice surface that some customers like.

Dude, you’re rambling all over the place. It’s clear you have very little technical knowledge, and a view on that that it’s complete. The GL interface has NOTHING to do with WiFi6. Security has NOTHING to do with WiFi6. WiFi6 is just a higher bandwidth solution over WiFi5 (802.11ac), with a bunch of technical improvements, and the requirement of WPA3. But just because WiFi6 requires WPA3, it does not mean it’s automagically more secure - OpenWRT has implemented WPA3 support on a lot of chipsets, going back all the way to the ancient MT7628.

Another analogy is how Wireguard vs OpenVPN is. Wireguard is a new program written from the ground up to use the latest encryption (ChaCha20), while OpenVPN has support for ChaCha20 in the latest version, but was not built for it.

In the same way companies can offer a firmware update to their wifi chips to enable WPA3, while it is required for new cards that have Wifi6 to have it.

Precisely. New hardware will have proper crypto acceleration for WPA3, older hardware will need to rely on CPU (which is slightly less performant, but works okay in most cases).

@Johnex what do you think about using Mediatek SoCs for WiFi6 support? They’ve released a few really good ones that would be a good match for a travel router (the MT7622 is a good candidate for a main SoC paired with an MT7688), and their WiFi6 Wave1 SoC, the MT7915 seems quite promising as well.

For now the upcoming routers will still be on the Qualcomm chips, but moving away from the QSDK, so they will be more up to date

Going back to MediaTek could be interesting for the future, probably not this year though. More chipsets will be released by then hopefully to have some more options.

Here are some upcoming products you can take a look at:

Yes, I’ve seen the upcoming products, and the A1300 looks quite promising - might grab one once it’s released.

They are any news on question on beginning of 2021 ?

Will 2.4G or 5G only AX be an option? You see that the AX routers are way too big.

Looks like Neatgear now has a wifi6 travel router with 5G built-in!

Huawei has that one year ago.

It is using solution of smartphone chipset.

My only complaint about the travel router (Puli / Mundi) is no optional external antenna for better throughput on both LTE / WiFi. Seems it’s either battery and integrated, or external and wall power.

Will 2.4G or 5G only AX be an option? You see that the AX routers are way too big.

Actual standard looks on this moment for me:

It can be your preferred vendor are offering a comparable device.

This is a WiFi card and it requires a host.

Check out this guy’s new product he’s making. He found a way to make the modem interchangeable. 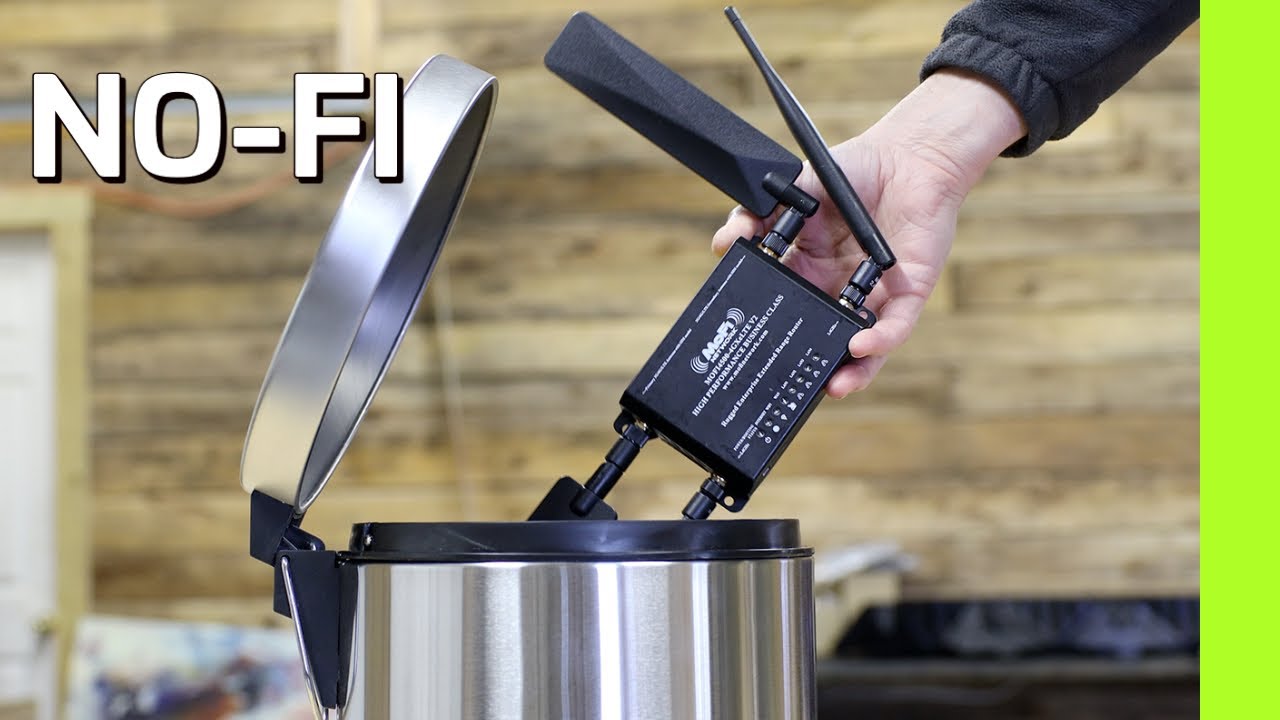 In effect, it looks like he is putting the modem in a box with a USB connection, and embedding it in the antenna.