Finally, you can use VPN Client and Server at the same time on one GL.iNet router.

We call this VPN Cascading.

VPN Cascading is also called double VPN in various scenarios. But GL.iNet VPN Cascading may be a little different. Please refer to the following figure for the idea.

VPN 1: The router is used as VPN server. Clients connected to this server will go to Internet using the router’s ISP Network by default.

VPN 2: The router is used as VPN client to 3rd party VPN services.

VPN Cascading: You can forward data of VPN1 tunnel to VPN2 tunnel. So when the Laptop, Desktop and Smartphones (end devices) connected on VPN1 will go to 3rd party VPN services, without any other setup in these end devices.

How to enable VPN cascading

The following figure has OpenVPN and Wireguard servers enabled on the router. And also connect to Nord via OpenVPN protocol. 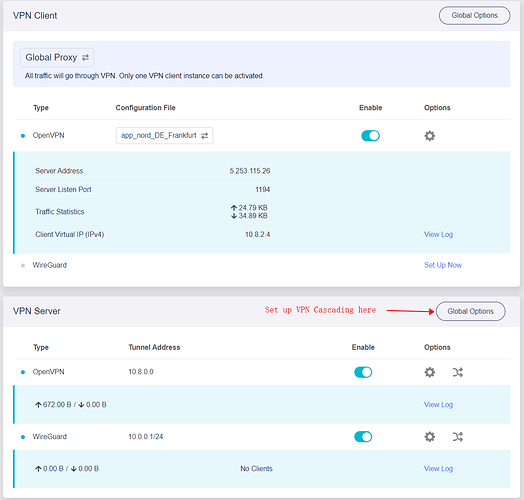 You can enable VPN cascading in “Global Options” in VPN server section. 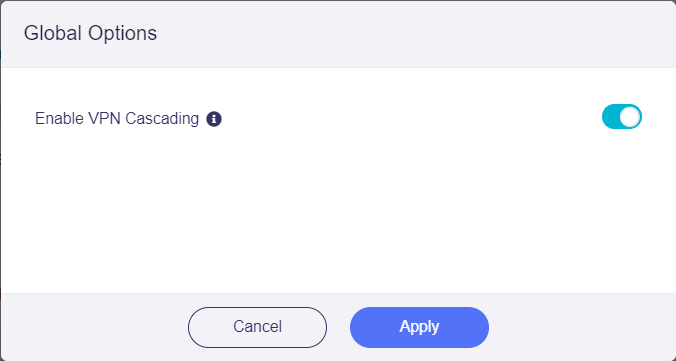 Policies DO NOT affect VPN Cascading.

VPN policies, including Global Proxy, IP/Domain based and Mac based polices, VLAN based polices, does not affect VPN cascading. These polices only affect on the devices connected on the router physically, i.e. in the router’s own subnet. 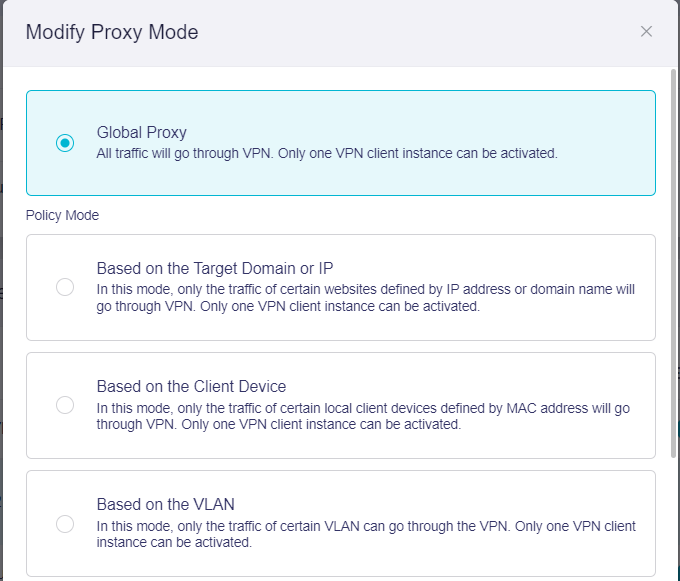 When you use “Auto Detect” or “Customized Routing Rules”, the routing rules comes with the VPN config or you set up will affect how the router route data so VPN cascading may not work.

Cascading is only available on the Brume 2?
Can some one use Wiregaurd for both the client and server at the same time?

Would VPN cascading on the same router place a higher load on and reduce the router throughput significantly?

Cascading is only available on the Brume 2?