I thought it would be interesting to report how an end user can successfully run an image on the S1300.

I succeeded by downloading the gl.inet imagebuilder (URL in git clone below). I already have a good build environment set up so you may need to install compilation tools.

Then I followed the instructions at GitHub - gl-inet/openwrt at openwrt-18.06-s1300

Now the router repeatedly shows:
A: Left light on for a few seconds
B: All lights off for 1 second
C: All lights on for 2 seconds
Repeat at A

At this point the router still followed the ABC light pattern above. I then had to apply the reverse img to make my update stick.

When the router rebooted, my new image was running. Based on compile time and version number, I could tell by the Admin Panel upgrade that it was using my new image. I’ll update this with additional information, but so far this is looking good.

This is completely wrong. After you have built an image using the GL-Imagebuilder from here (this assumes you followed all steps and succeeded): 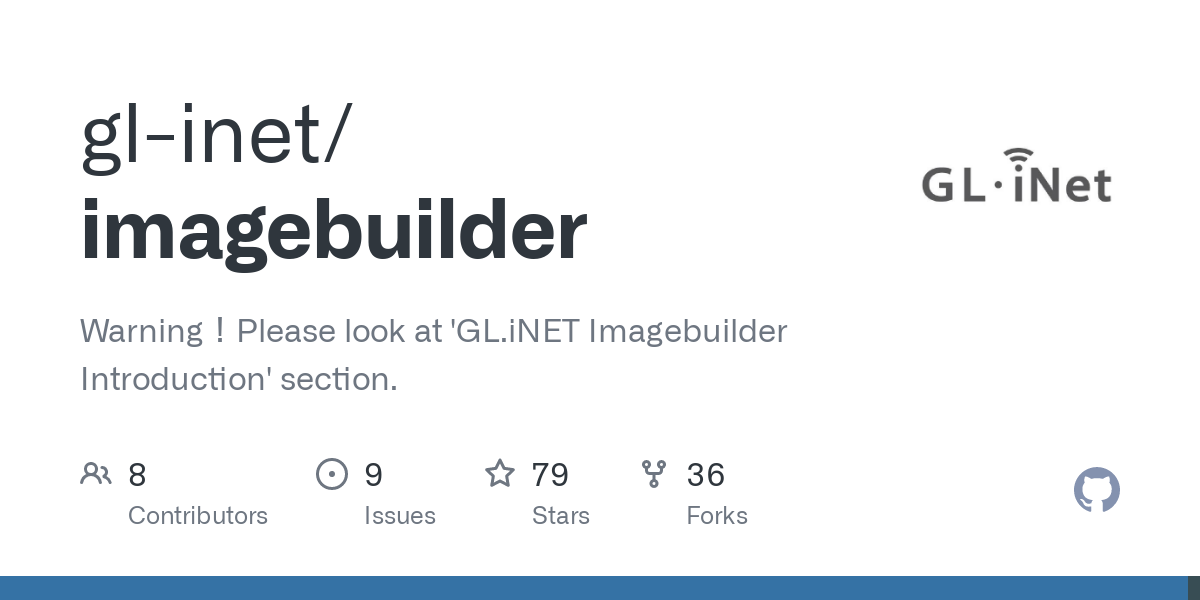 You can flash the firmware directly in the GL UI.

Do not keep settings when flashing.

You mixed up the “Vanilla” OpenWRT with the GL-iNet OpenVRT.

However, using the GL-Imagebuilder to create a custom image does not require any changes, it is just flashed ontop of the existing firmware, via the UI upload or via uboot.

Also notice that “openwrt” and “imagebuilder” are separate repositories and the instructions are not to be combined. That is the mistake you made.

Thanks—that was a helpful answer.

I am still stuck on what artifact the “vanilla” OpenWRT compile should be deploying to the device without bricking it. I’m afraid if I install the wrong thing, it will brick my device again. So I’ve compiled according to the instructions, but what is the name of the binary artifact I pull out of the build directories and upload AFTER uploading s1300-factory-to-opemwrt.img ?

This is related to Bricked S1300 - #2 by alzhao where I haven’t gotten an answer there either.

Ok so first off. What are you trying to do?

A. You want to have your own image with the GL OpenWRT and some custom packages? Like the router came from the store, but with extra config or packages?
B. You want to run OpenWRT without the GL UI.

Notice you will have better performance with option A, and you have Mesh.
With option B, you have your own compiled firmware, but since the GL firmware contains proprietary drivers, you loose Mesh and some speed.

I think we would be happier with extra mesh and speed if the packages are compatible, but if they are not compatible then I would need to go with Option B. The GL OpenWRT for the S1300 looks like it’s based on Chaos Calmer which is pretty old.

Yeah its based on 15.05 OpenWRT with all the Qualcomm proprietary drivers and fixes. Also some critical packages were updated to newer versions.

What packages are you thinking about? It is also very easy to compile a package that is not available using the GL SDK. Most other packages should be there already. Try generating an image following the guide in the GL Imagebuilder github, including the packages you want.

I used both img’s from your git repo, still my device seems “softbricked”, can you might help me?
I just want back to stock GL-inet stock firmware and stay there.